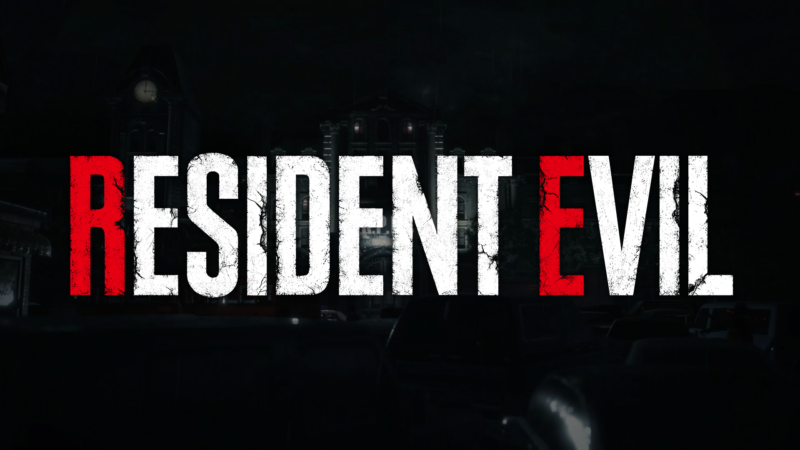 So this comes completely out of the blue. Four months ago Capcom invited Resident Evil Ambassador members to participate in a special testing program for an unannounced title in the series. This title was eventually revealed to be Project REsistance, which in turn was eventually revealed to be a pack-in game with Resident Evil 3 Remake. Pretty great stuff, and it’s exciting as hell to know that we have a new game to look forward to (not to mention a remake of one of the most beloved games in the series) in less than four months. What’s even more insane, however, is that this apparently won’t be the last of new Resident Evil content we’ll be seeing in the coming months. Just like the invitation to test (the, at the time unknown) Project REsistance Beta, Ambassador members received a similar email this morning:

Although Resident Evil 2 didn’t win an award at last week’s The Game Awards 2019, I’m very happy that Sekiro: Shadows Die Twice won both the Best Action/Adventure Game and the Game of the Year awards! We hope to win an award with Resident Evil 3 next year!

We are almost ready to roll out a new program for Ambassadors. Please see the details below.

We are introducing a new ranking system to the Ambassador Program. There are four ranks: Bronze, Silver, Gold, and Platinum. We also renewed the Ambassador Cards with four different types. Pick the card that suits your style!

Also, as limited offers to Ambassadors, we have invitations to a play test session of our unannounced title*, and priority seats at our game show booth**.

Higher-ranked Ambassadors have a greater chance to be selected for these offers, so aim for Platinum rank for the best chance to win! So, how can you improve your rank? Well, that’s easy! Ranks can be gained by participating in Ambassador activities!

* You need to apply for the play test to be eligible for selection.

Uh, holy shit? It’s no surprise that there’s more Resident Evil on the horizon (it’s Capcom’s best selling franchise by an incredible margin) but that we’re hearing about it so soon? Unannounced or no, this itself is an announcement, we just don’t know what the game itself will be. We’d heard before that Capcom wanted to start semi-annualizing the series but with this announcement, it looks like the series may be becoming a fully annualized series. REmake 2, REmake 3, and potentially this back to back across three years (and that’s only discounting REsistance as being its own game, despite Capcom apparently treating it as such). What even could this game be? Let’s run down the most likely suspects, ranging from most to least likely:

Resident Evil 8 – This title has been in production since RE7 wrapped. It would be no surprise if it was what was next on the schedule. Producer Jun Takeuchi spoke on it briefly in the final episode of the RE7 Making Of series, stating:

Plans for the next title are already in motion and, when you see that game, you may find that it is very different from Resident Evil 7 in some ways, while still retaining that core survival horror concept of people overcoming the odds. Resident Evil will always retain that essence.

I’m very interested to know what constitutes “very different”. They might ditch the first-person design in favor of something more akin to REmake 2 and 3, although it’s obviously impossible to tell right now. RE7 has sold very nearly as many copies as RE6, placing it as the third best selling game in the series (and the fourth best selling game overall), so completely discounting being in first-person isn’t a safe bet. Despite some fan outcry, RE7 is widely considered one of the best games in the series.

Resident Evil: Revelations 3 – While the big numbered releases will always draw in bigger numbers than side games, the smaller budget Revelations series has done pretty well for itself. Revelations 2 sold 2.4 million units in its initial run (that’s the same as the HD remaster of REmake 1), and Revelations 1 sold 1.9 in its remastered release for console in 2013. With the events of the series mostly self-contained from the main RE storyline (neither Revelations games make any impact at all on the numbered games, even despite teasing at the end of the first), it’s easy to do a third entry to follow up on the loose ends of the previous two games. At the moment (spoilers), both the secret organization Raymond and Jessica worked for has yet to be brought to light, and the mind-transfer between Alex Wesker and Natalia has yet to manifest. There are a dozen more potential threads to follow up on, including the Gregor Project (which is almost entirely omitted from the Western localization, unfortunately), so the sky’s the limit. Hell, it’s very possible Capcom would just make something up and leave these questions unanswered for another decade (worth remembering that Alex Wesker was introduced in Resident Evil 5‘s DLC, almost 5 years before Revelations 2 gave her a full reveal).

A New RE IP – Resident Evil is a constantly evolving brand, and outside of the numbered games and even the high-profile side-games (like Revelations), there’s dozens of even smaller, weirder, and more experimental takes on the franchise. Some of them are still pretty big (2007’s The Umbrella Chronicles) to smaller and lower budget (2003’s Dead Aim) to the games nobody has even played (2001’s Gaiden), the series is always branching out into unexplored territory. Did you know there was a 2D, isometric demake of RE2 on flip phones? What about the Resident Evil: Degeneration game adaption on the N-Gage? What about that thing that dresses Wesker like a priest and Rebecca, Ashley, and Jill as wifu maids? The unannounced game could be anything from a numbered game to the weirdest, most batshit thing you can imagine.

This last one might be going out on a major limb, but bear with me I’m not just listing it for shits and giggles 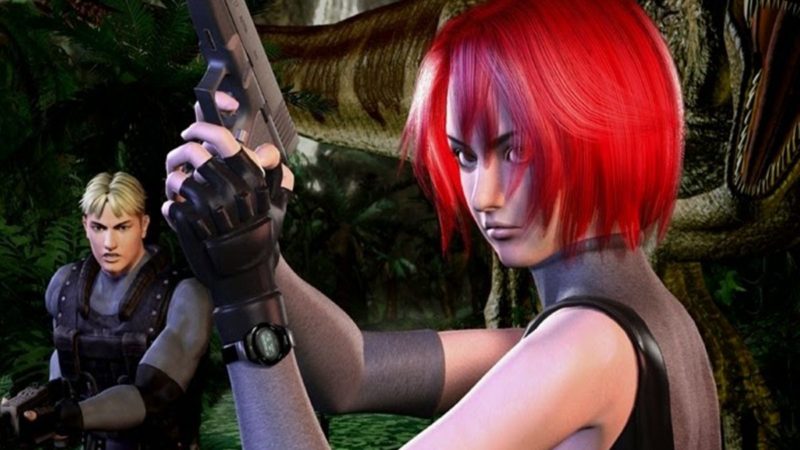 Dino Crisis – It’s been nearly 20 years since the last Dino Crisis (2003’s Dino Crisis 3 on the original Xbox), and fans have been drooling all over the internet in desperation for something new to happen with the franchise. Essentially Resident Evil but with dinosaurs, this series was RE creator Shinji Mikami’s attempt to one-up his own creation. Harder in nearly every conceivable way and way more over the top than RE had ever been (Dino Crisis 3 is set in space), the cult following behind the series is passionate and starving. Comments from RE7 producer Jun Takeuchi in 2017 gave fans a glimmer of hope, and when Capcom’s R&D1 team replied to DC superfan Jawmuncher on Twitter that a remake could be possible if enough fans want it belts got downright unbuckled. That was two years ago, and fans have been hoping these comments weren’t just a flash in the pan. Well, things might finally be coming together after news that Capcom renewed their Japanese trademark for the series a few days ago, which is amazing timing with all this. It is worth mentioning that Capcom also filed like a dozen other trademarks that have nothing to do with Dino Crisis, and odds lean more in favor of it just being a routine copyright refresh. But that small chance is always out there.

For now, all we can do is wait and see. We probably won’t see anything about this game until after REmake 3 releases this coming April (to be honest I’m surprised they mentioned this at all before that game’s release), but it’s nice to know the drum beat won’t be stopping anytime soon. We’ll keep you updated as information becomes available.