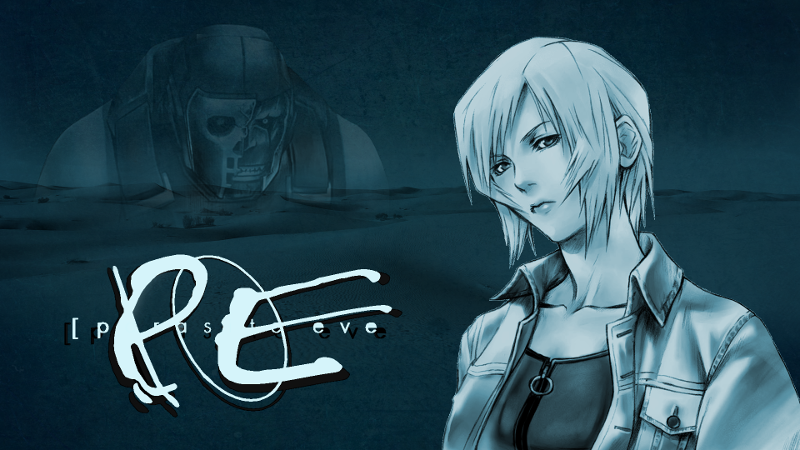 Twenty-one years, I still absolutely adore Square Enix’s foray into horror — Parasite Eve. To commemorate this occasion, I figured it’s time to take a closer look at the game’s sequel, Parasite Eve II. I feel too often games get wrongly compared to Resident Evil or Silent Hill merely because those franchises are so foundational to the survival horror genre, but the comparison is warranted in the case of Parasite Eve II. This article acts as a sort of a follow up to our previous retrospective article on the first Parasite Eve. If you haven’t checked it out yet, we’d highly recommend you do so here.

Parasite Eve II is a bit controversial among fans of the series, with much of its criticism aimed at the game’s increased inspiration from the Resident Evil franchise. The resemblance shows through the game’s plot as well as its gameplay. Parasite Eve was originally a buddy-cop horror story about a monster on the loose in New York City, and most of the game followed a cast of characters struggling to take it down and the effect the investigation was having on them. However, compared to PE2’s shadow organization creating ‘Artificial Neo-Mitochondria Creatures,’ the consequent underground labs, and the little girl plot device character, it’s hard to deny Resident Evil‘s narrative influences affected the sequel to a much higher degree. PE2’s story isn’t bad mind you; if the goal was to provide a serviceable fanfiction, then mission accomplished, I guess. I do appreciate some of the lore this game adds, and the idea of the human race trying to manipulate and control mitochondria makes thematic and logical sense (logical for this universe that is), but I find myself greatly lamenting the game’s weaker cast.

One of the greatest aspects of PE1’s writing was the main trio of characters, Aya, Daniel, and Maeda. Maeda, who I consider being the worst character among the three, was still very charismatic and had good synergy with the other two. Aya and Daniel were also portrayed in the same way while feeling like genuine people with actually interesting character motivations and conflicts. As for which new characters PE2 brought to the table, we got Kyle Madigan, a government special agent who ends up working alongside Aya over the course of the game, and a little girl named Eve, the aforementioned plot device. For most of the game, Eve doesn’t speak, and we’re dealing with PlayStation One graphics here. It isn’t like you’re gonna get a whole lot of life out of her stilted animations. The fact a core pillar of the cast is a cliched plot device already illustrates a creative misstep, but furthermore, this trio of characters fail to have any really interesting dynamics. It’s kind of hard to do anything interesting with a little girl who only speaks once or twice in the entire game.

Aya and Kyle are given a romance and it’s … okay, but Aya honestly had more chemistry with the genocidal Mitochondria Eve in the first game — as weird as it may seem. Not much of Kyle’s backstory is explored in the game, which isn’t inherently a bad thing (i.e Ada Wong as seen in RE2), but I feel like there is a general lack of…well…anything outside of the romance. Daniel struggled with balancing his work and his family life, his job brought stress upon his family as he was never home, and his struggles at home only agitated his easily irritable temper. He was a man stuck between a rock and a hard place. Kyle doesn’t really face much of a conflict beyond ‘catch the bad guy.’ Since Kyle is presented as an agent who keeps many secrets, perhaps his supposed romantic interests could have come into conflict with his assignment at some point creating a dilemma he’d have to face. Hey…wait a minute… 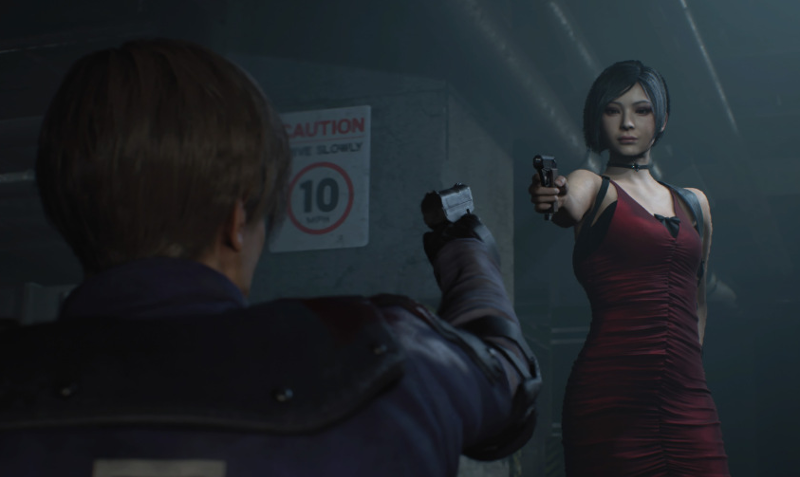 Speaking of Mitochondria Eve, PE2’s closest equivalent is an antagonist known merely as ‘No.9,’ a human who volunteered to become a cyborg-ANMC hybrid. He is an interesting character in part because of his presence and design. Despite pitting Aya and No.9 against each other as ‘hunters,’ the game struggles to re-create a strong foil relationship which was at the heart of the original. Mitochondria Eve can be boiled down to an evil creature with black and white motives, but audiences were exposed to the conflicting rationales behind Aya and Melissa’s mindsets and why this dichotomy was so pertinent to the game’s themes. I really wish No.9’s motivations were further explored because, with some more development, there was potential for a memorable character. It isn’t all bad though, as some of the supporting cast retains some charm, namely Pierce and Douglas who interestingly mirrors some of Maeda and Daniel’s personality traits, respectively. All in all the characters fail to become anything special and I found myself wanting to re-experience the original’s story instead.

While PE2 struggled to excel in areas the first game did, it does manage to make some strides over some of the first game’s shortcomings, namely the original’s struggle to find a balance between traditional survival horror gameplay and standard JRPG mechanics. Saying PE2 is scarier than the original isn’t saying much. The monster designs across the board are definitely a lot more gruesome and creative. A lot of them have some form of mechanical components built into their bodies due to ANMCs being man-made creations. Perhaps you can draw another parallel here with RE’s BOWs, but this is an instance I don’t mind as the creatures still feel at home in this universe (and I also kinda just like them). As a side note (…a side note which may just stem from me being trash), I found a lot of enemies can be pretty difficult to beat on my first blind run and learning their attack patterns is necessary. Not only is that just good game design, but when coupled with a creepy-looking monster it can make for some decent horror moments. 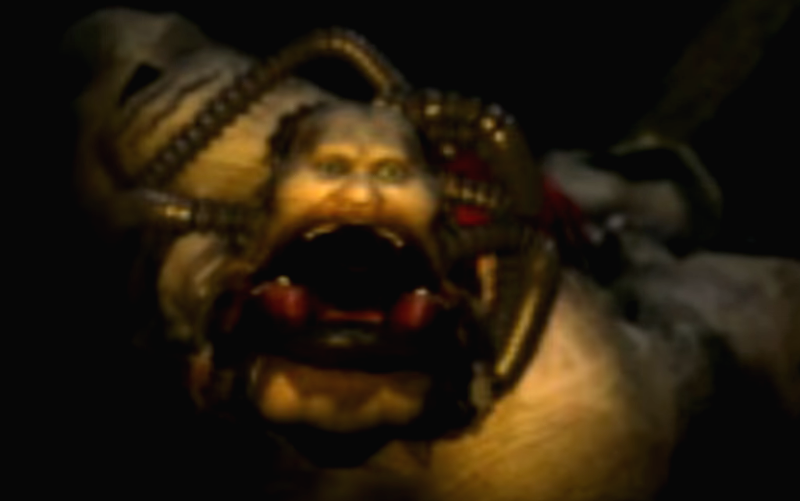 As for the JRPG side of things, I’ve come to feel item management is still a bit of an annoyance with no real place in this series. Unlike a traditional survival horror title, the micromanagement of items that would normally make the experience tenser is ultimately more frustrating when in conjunction with JRPG mechanics. While there is limited inventory space in PE2, the game is a lot more generous with the space players are given, so it mostly ceases to be a problem. Additionally, infinite handgun ammo boxes are placed throughout the game which enables the player to explore and search for more EXP without wasting valuable ammo. This means the only ammo management is reserved for the higher powered weapons. In the context of the franchise, I’d prefer more of a focus on the JRPG gameplay than survival horror, making this an improvement in my book, but I can understand why one might be turned off by the prospect of almost always having some form of ammo.

All of that being said, enemies won’t spawn indefinitely so there isn’t really any chance of becoming too overpowered to the point of enemies no longer being a threat, at least not on the first playthrough. Furthermore, the addition of a currency system, and the ability to unlock and upgrade P. Energy powers with acquired EXP give the player some choice in how they upgrade themselves. This is a sorely lacking feature in the previous game in which you were just being wasteful if putting BP points into a weapon that would eventually be rendered obsolete. 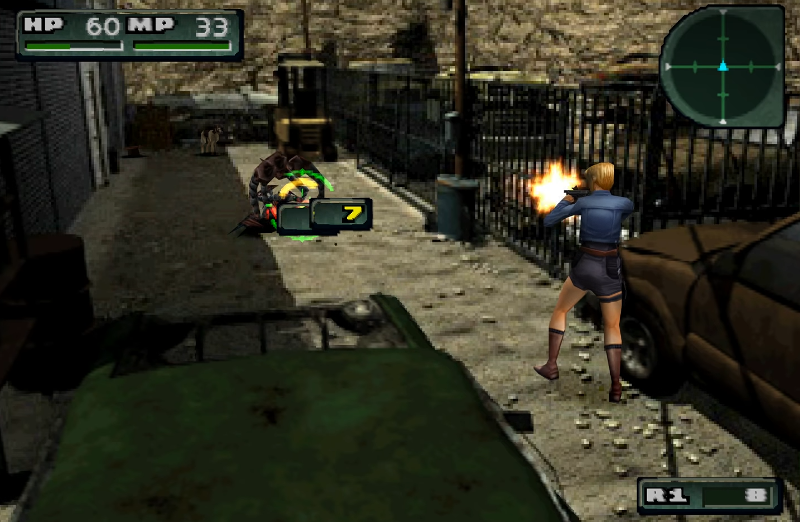 A criticism I’ve seen directed at PE2’s gameplay ties back into the idea of it being “a Resident Evil clone.” In PE1, as players would travel through semi-open areas, enemies could spawn, initiating a ‘battle phase’ of sorts. The player would be trapped and required to run around in the space dodging attacks, waiting for the ATB gauge to fill in order to attack à la Final Fantasy. In its sequel, we see something much more comparable to a traditional survival horror battle system. Enemies occasionally show up in crowded spaces, they are no longer beholden to an ATB system (attacking whenever they want), and actually fleeing from enemies is an option. While some of these changes definitely make the gameplay less unique, I considered the original PE’s combat to be highly flawed anyway, and since P. Energy abilities are still present it isn’t like the combat isn’t without its own gimmick. Would I have preferred refinement of the original battle system? Perhaps. I find it hard to complain about the changes PE2 made to the formula (though, I’ll continue to complain about the battle themes not being as nearly as catchy as PE1’s).

Despite my critiques of Parasite Eve II’s story, improvements to its gameplay make the title worth experiencing. At the end of the day, it’s a good game that was better able to realize the potential of its two genres. If some valuable lessons were taken from the first two installments, then I could’ve seen a fairly bright future for the franchise — one in which Aya n’ friends drive around in their mystery machine stopping mitochondria hijinks. Regardless of one’s feelings about Parasite Eve II’s derivative nature, I’d gladly take a RE clone over what came next in the franchise…