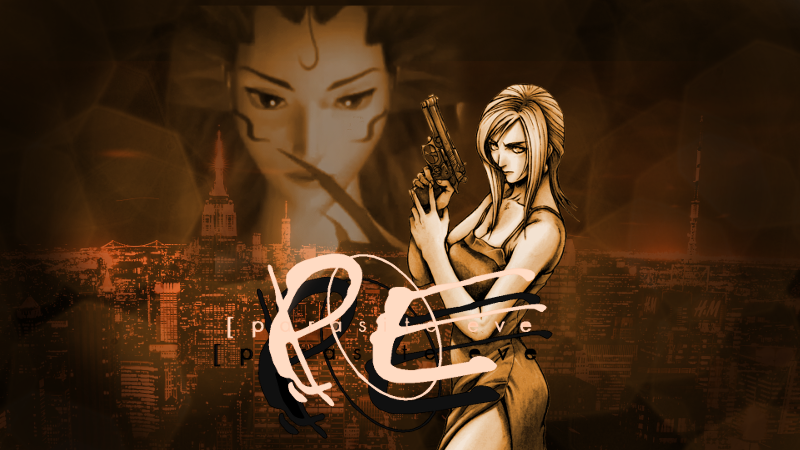 Today marks the 20th anniversary of Square Enix’s survival horror JRPG, Parasite Eve. For those unaware, the game is actually a sequel to a novel by Hideaki Sena (of the same name), which was later adapted into a movie. I’ll be talking about the Square Enix games specifically here, so if you haven’t checked out the original novel yet, I recommend you do so.

The quickest and easiest way to describe Parasite Eve is to imagine Resident Evil and Final Fantasy making sweet love to each other. The Parasite Eve series would be their children. Parasite Eve would be the golden child, the one everyone likes and who is fairly successful. The one now living in a moderately pleasant middle-class house with a spouse, two kids, and a dog. Parasite Eve 2 would be the middle-child that everyone forgets about until there is a Christmas party, and The 3rd Birthday would be the troubled one — the child that didn’t receive enough attention or love, and as a result, she started lashing out, breaking all the rules such as having a sensible plot, or likeable characters, or even staying in the same genre as the rest of the franchise. But we aren’t here to talk about that…for now. Given the significance of the date, I would like to take a closer look at the fantastic game of honor here, the first Parasite Eve. 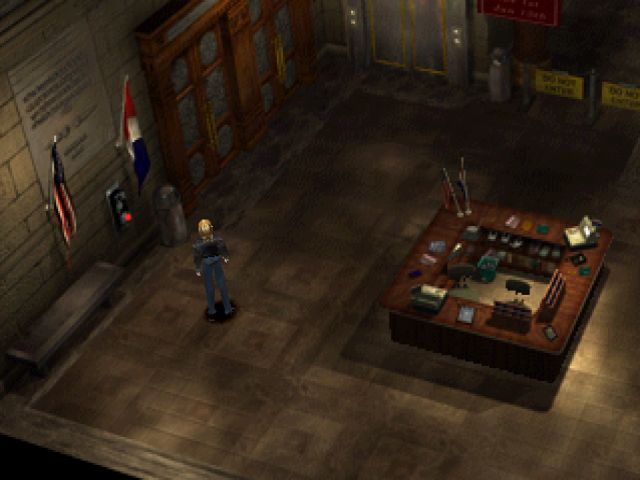 First off, Parasite Eve is an excellent exercise in atmosphere, and the game is beautiful for its generation. While PE certainly has an identity of its own, it’s worth bringing up this element that I loved about early Resident Evil installments; each locale, no matter how significant or insignificant it was, would be visually distinct. For example, one room may be clean and ornate, bathed in an orange glow with a row of statues located in odd positions — the accompanying soundtrack setting an uncomfortable tone, as if something was hiding and watching the player’s every step. The room across from it could have an entirely different color palette, riddled with cobwebs and dust but lacking anything else of note except for a lantern and typewriter. Adjust the background music for that room and then suddenly you feel like the location is somewhat of a safe haven, where you can finally catch a break from the monsters lurking about. This is something that Parasite Eve excels at as well. Walking down endless concrete gray corridors for extended periods of time gets boring real quick, and locales that look ‘samey’ tend to blend together and become incredibly forgetful. Carnegie Hall, St. Francis Hospital, and Soho areas stand out examples in my mind. A huge reason why this is the case for Parasite Eve is thanks to the accompanying soundtrack.

The score for Parasite Eve was composed by Yoko Shimomura, who is mostly known for her work on other Square Enix projects like Kingdom Hearts and Final Fantasy XV. A lot of pieces on the soundtrack are unlike what one might hear in many other horror games. The soundtrack offers a great amount of variety, ranging from soft piano pieces, and then electronic pieces with intense electric guitars, and then there is everything in-between. The uniqueness of many pieces and the combination of instruments used translates into making the each set piece more unique. Many areas like the N.Y.P.D become so memorable because the supporting soundtrack immerses you in the mood of the scene. Out of Phase, Wheel of Fortune, and Waiting for Something to Awaken are some examples of this. Hell, even Mitochondria Eve’s battle themes are unsettling, while underscoring the climactic moments with the intensity that good boss battle music does. 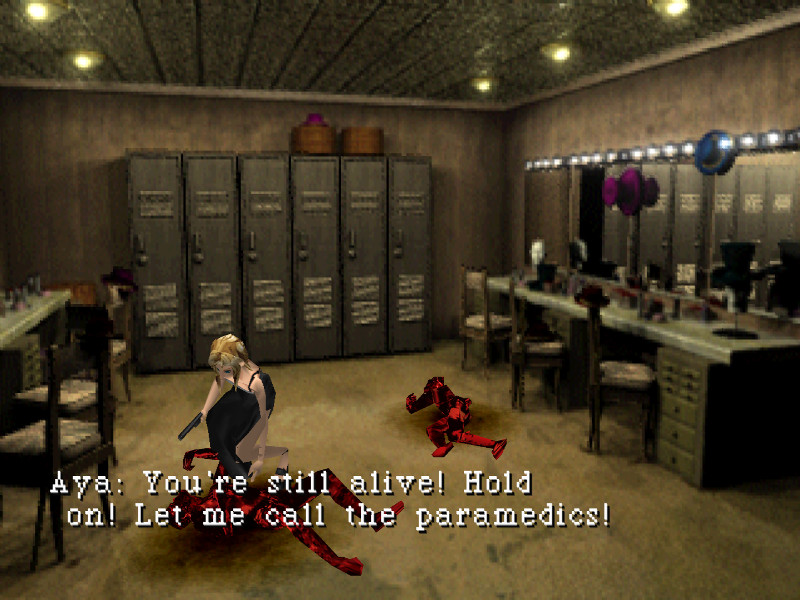 Even though Parasite Eve is based primarily off the real world, the entire presentation of this version of New York City; the music, the art direction, coupled with other factors; have somehow managed to lure me in and keep in interested in the game long after I’ve finished playing.

So let’s talk about the story. In short, it’s amazing. It’s effectively a buddy cop drama except the cops are tracking down a sentient mitochondria, Mitochondria Eve, that is going around mutating every living thing into more mitochondria monsters. Our cast goes from location to location attempting to track down and stop Mitochondria Eve. While this conflict spans across most of the game, there are a few major plot developments that add a lot of context to what is going on, and thankfully, the story never hops aboard the one-way train to stupidville. Parasite Eve does a solid job at breaking down the ‘sciency’ aspects so that a layman can easily follow along, without dragging the pacing down, and is also able to catch the audience up to speed enough on the events of the original novel.

Many have criticized Parasite Eve for being too short. This certainly isn’t the case in comparison to many other Playstation One survival horror games, although in comparison to many JRPGs the experience is definitely brief. That being said, Parasite Eve utilizes the time it has very effectively. The plot was fully fleshed out, and all the major characters actually do something, in the actual base product, unlike some other JRPGs. Out of all the things Parasite Eve does well, I would say that the characters are the strongest aspect of the game’s writing. 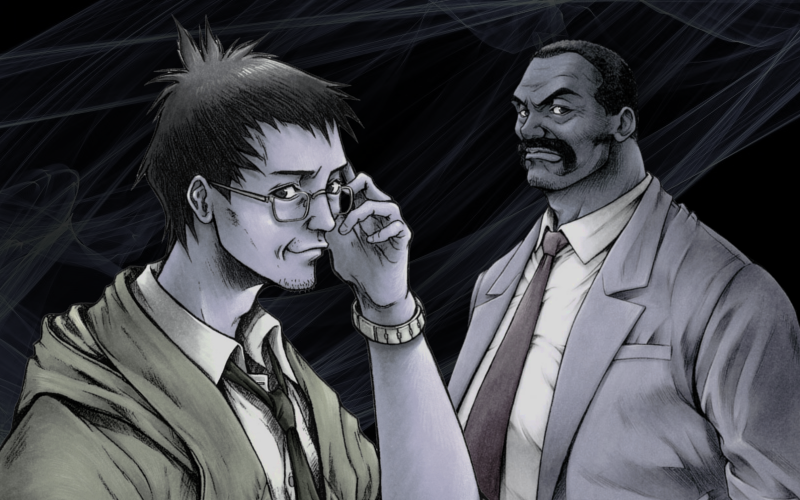 Our main trio of protagonists are Aya Brea, Daniel Dollis, and Kunihiko Maeda — all of them are fairly likable. The sidekick character Daniel is a cop that has developed a bad habit of acting first, thinking second, as we see him demonstrate plenty of times. Despite his sometimes barbaric nature, it becomes apparent that his heart is generally in the right place.

I suspect that he was driven to become a police officer as he cares deeply about malicious criminals that are intending to or have harmed others. However, his dedication to his job conflicts with his family life, which was a major factor in the failure of his marriage. He clearly cares deeply about his family, more specifically, his son Ben, but balancing these major elements in his life is a continuous problem he faces, and it is a problem that I’m sure many in the real world can relate to.

Kunihiko Maeda is a scientist from Japan who has researched the mitochondria extensively. Supposedly, Maeda has spent his life researching the mitochondria after the events of the original novel/movie transpired. He was generally shy around others, although this may have been partially due to not being very well versed in English during the events of the first game, and this sometimes conflicts with Daniel’s impatience. There was nothing as nearly as intricate that was done with his character like Aya (at least none that I can glean), but he effectively served his role as a side character that helps move the plot along, and without him, who would have been able to spell out the environmentalist message of the game? 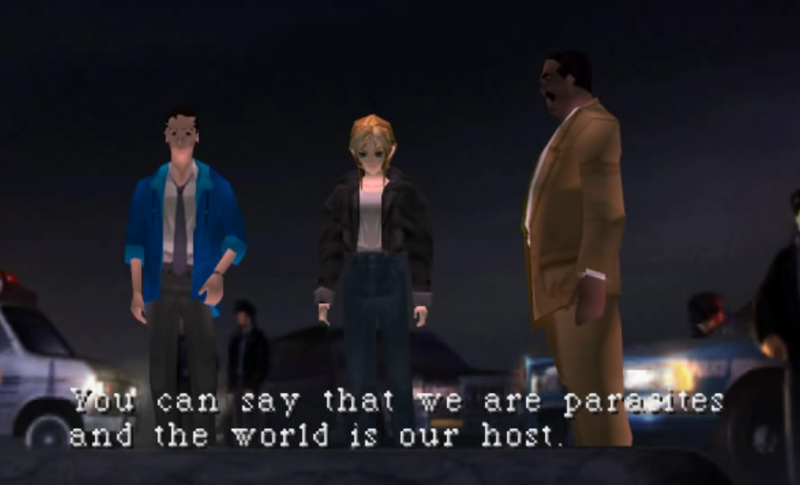 And now for our main protagonist. On a surface level, Aya Brea may seem to not have any real prominent characterization, making her not much more than ‘a player character’. Although I think upon digging a bit deeper under the surface, you can find that there is more to her. First off, she does have the whole, confident, taking danger head-on thing, which one would expect from a Resident Evil character.

Given the surrounding circumstances that both provided Aya with her power, and the predicament our cast finds themselves in, she develops a strong dynamic with the antagonist, Mitochondria Eve. She begins to worry and fear that she is somehow losing her ‘sense of humanity’ as her abilities continue to grow and evolve, as Eve suggests, the more powerful her mitochondria becomes, the more like Mitochondria Eve she becomes.

Eve, of course, is concerned with only bringing upon the rule of the mitochondria, so Aya seeks to stop her, as humanity will be wiped out otherwise. The world that Eve is pushing for is effectively one in which only ‘the strongest survive.’ As the mitochondria’s powers have exceeded that of humanity, humanity would and should be wiped out. As Aya states several times, she is a ‘human being,’ so of course, she would want to stop her, although I would say that the resistance put up by her and the rest of the cast reflects more than that.

Hans Klamp, the doctor who played a vital role in Eve’s attempt to create the ultimate being, holds an incredibly cold view of the human race, perceiving them as nothing more than one chapter in evolution, to one day be replaced by biologically superior beings who are more fit to survive. While it is entirely true that the human race is a product of evolution, I think the message is saying the value of humanity isn’t solely defined by the physical attributes and the tangible accomplishments of human civilization. There is a moment late in the game, in which Aya assists Dr. Klamp in his final moments. Upon being questioned, she states that she is helping him because she is human.

I would say that Aya is fighting for a world in which ‘not only the strongest survive,’ one that human beings and mitochondria can co-exist and evolve together, much like her mitochondria evolved to combat Eve. I suspect that Eve is a monster, not because of the biological nature of her existence, but because of her perception of living beings, and her inability to see the value of the ‘human’ condition, and the evolutionary benefits of a harmonious existence with others. I would say Aya serves as a foil to her in that regard. 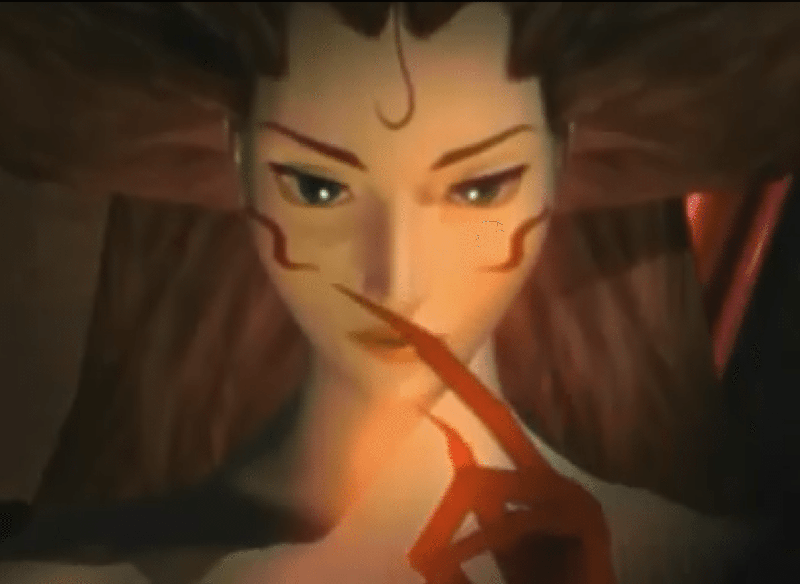 Over time I think Parasite Eve may have become my favorite work within the horror genre, the only real problem I have with the game is the combat. Unfortunately, it seems like the PE series is going to remain dormant. It has been seven years since we’ve last seen an installment the series, and it wasn’t one that was particularly well received, but that is the topic for another article. Square hasn’t even mentioned the Parasite Eve series for a fairly long time now, and it doesn’t seem like that is gonna change anytime soon, if ever. If anything did happen with the series, it would likely have to be under a different title much like The 3rd Birthday. That being said, Square obviously has a lot of more important and financially lucrative projects such as finishing Final Fantasy XV, which won’t happen for another ten years.

If you haven’t played the PE games, I highly urge you to do so. The first and second installments can be bought on the PlayStation Store on the PS3 and Vita. Even if it will almost certainly never happen, a part of me still holds out hope that things will work out perfectly and we could see a modern iteration of this series.