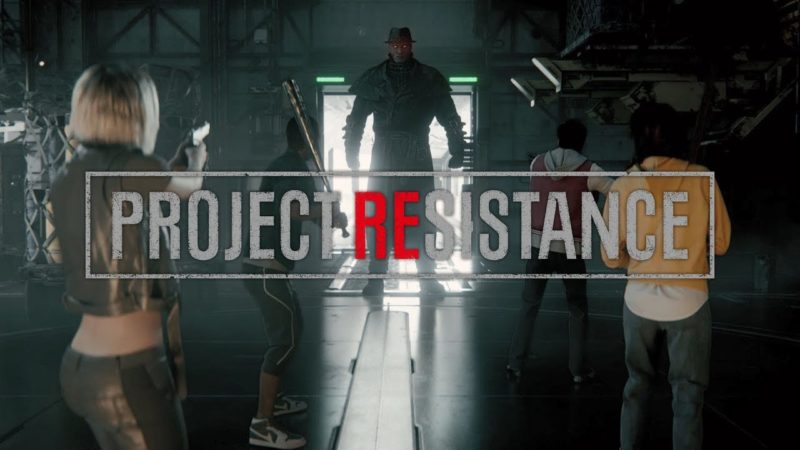 Here it is folks! The new Resident Evil game that Capcom has been teasing since early last month is finally revealed! The recently announced Project REsistance has been revealed to be… well, Project REsistance, and has turned out to indeed be the rumored 4v1 game, featuring 4 survivors going up against Umbrella baddies! Interesting it still seems to be running with the code-name (or perhaps that will be the final name, like Umbrella Corps dropping the “Resident Evil” part of the title) Check out the trailer:

While the trailer is entirely pre-rendered, we can glean a few things from it: Yes, it does indeed appear to be the rumored 4v1 action game that was speculated a few weeks ago. Second, it appears to indeed be set during the Raccoon City outbreak, although that’s mainly based on the host of creatures and the dude’s Raccoon jacket. Third, the “1” player appears to be taking on a role similar to that of the canceled Fable: Legends Villain player, in that they can place enemies and traps in the world in order to thwart the “4” players. On top of that, they appear to be able to take direct control of a Tyrant, which is pretty fucking badass (and reveals the reason behind the little receiver/antenna thing on Mr. X’s head). Also… that’s uh… unless it’s someone doing cosplay… that’s Wesker doing the string-pulling.

UPDATE: D.C. Douglas has clarified that he has yet to be contacted for new Wesker work, which might signify this being an entirely new character. Plus, looking more closely at the footage, Wesker-ish appears to be wearing a tie, which Wesker doesn’t in that outfit.

You can bet your bottom dollar that we’re hyped out of our minds and a full, in-depth analysis of the trailer will be coming sometime soon (sorry, whoever edits that piece, it’ll probably be just like last time). If you’re interested in trying the game out for yourself, a special demo will be playable on the TGS show floor the 12th-15th, and the demo will be coming to a special event held just for Resident Evil Ambassador members between the 20th and 24th (or thereabouts, the announcement is a bit vague) in Los Angeles and New York City. We’ll let you all know as soon as more Project REsistance information becomes available. Until then, check your bags — we’re off to RACCOON again, baby!