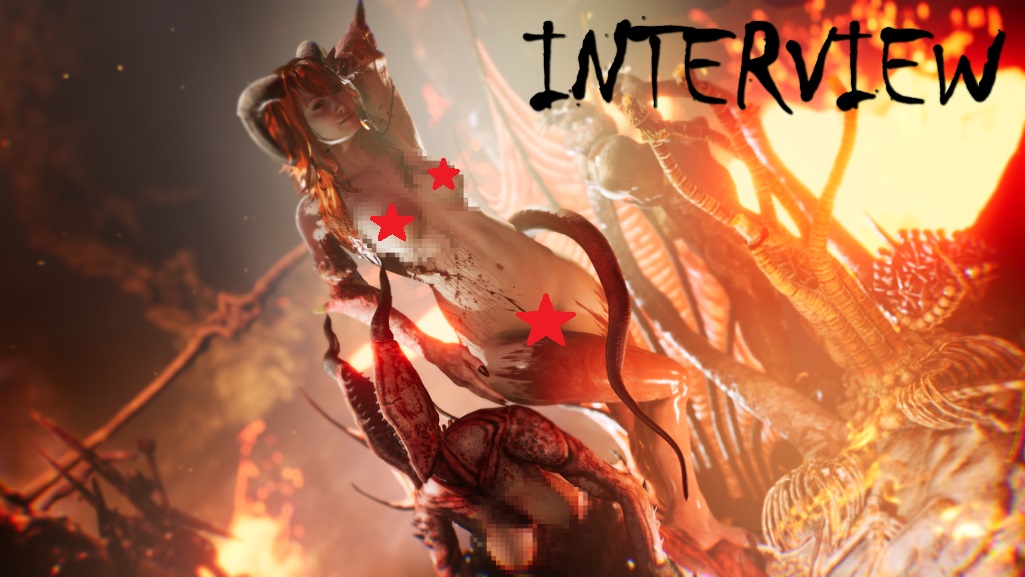 Madmind Studio’s breakout title Agony released last summer and captured the attention of a lot of people for various reasons. This unrestrained romp through hell featured some of the most grotesque imagery seen in a horror game in quite some time, and its unrated re-release only went further, to feature scenes of intense gore, sexual violence, and child death. The original game faced backlash from its original Kickstarter backers, unimpressed buyers, and video game pundits alike. It was ambitious, deeply flawed, and unapologetic.

With the impending release of two new games — Agony spinoff Succubus and psychological horror game Paranoid, we jumped at the opportunity to speak to this studio to learn what makes them tick. Madmind Studio’s CEO, Tomasz Dutkiewicz, and Creative Director, Alan Barczak, provided answers to our questions.

Q: Since the release of Agony, Madmind has announced both Succubus and Paranoid. How big is the studio and how are you approaching these two projects at once?

Tomasz Dutkiewicz: We currently employ 28 people at Madmind Studio. We decided to split the team to be able to work on two independent projects at the same time. As one of the projects is approaching the release, more and more people from the whole team will join in to refine the game as best as possible.

Q: How did the studio react to the critical reception of Agony? What was learned from the game’s initial launch?

TD: It was a cold shower for us! We didn’t expect such a critical reception from the players and reviewers. It taught us that it’s worth it to pay more attention to the tests instead of solely relying on the positive reception of the demo or an opinion about the gameplay that was based on preview versions.

We’ll definitely make sure not to repeat these mistakes, and we’ll try to provide players with a product that they can really look forward to. 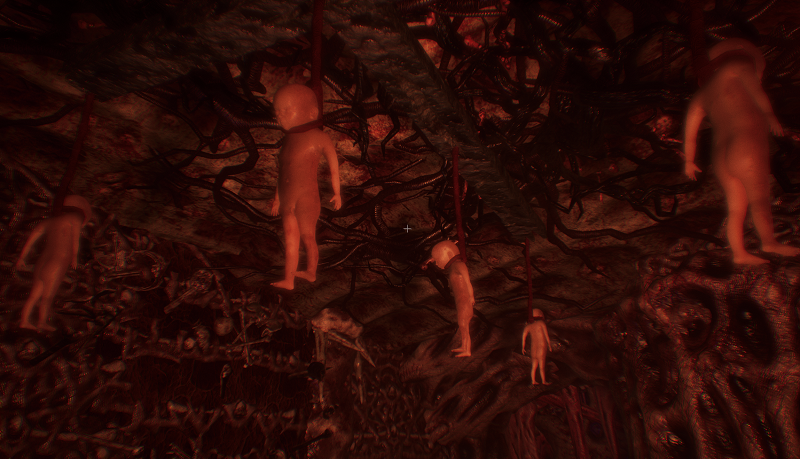 Q: Can you comment at all on the back-and-forth confirming and canceling of Agony Unrated? Was this a result of the publisher’s wishes, and how will Madmind Studio change their future deals with publishers as a result?

TD: The contract we signed required us to make each version of the game exactly the same. At that time, we weren’t quite aware of how it would affect the production and what problems it could generate. We had to cancel the production of Agony Unrated, and work on the game in secret until the contract expired. As soon as this happened, we informed the players about the release of the Unrated version.

That was a very important lesson for us, and that’s why we want to release our new games ourselves. If we receive positive feedback, we’ll think about finding an additional publisher, but this time we will carefully review each point of the contract.

Q: Do you believe that there are themes which may be too graphic and uncomfortable (i.e. rape, child death, etc) to appear in video games?

TD: To a large extent, it depends on how the creators decide to present a given issue. If it was an explicit promotion of those themes and was encouraging them to be repeated in real life, it would be very clear that such a game should be banned. However, if these sorts of uncomfortable scenes were related to the story and presented in the game to create a shocking tone or form an integral part of the created world, then the author’s vision shouldn’t be limited. Games have age restrictions just like films, and censorship shouldn’t be applied to the adult section. People who buy these products know what to expect and consciously choose whether they want to immerse themselves in such a dark world, or if they prefer to look for something else.

Follow Up Question: Is there anything off-limits in your opinion that should be excluded from the medium at all, even if it’s for intentional shock value?

TD: As we mentioned, it all depends on how the developer decides to show the scene. By using a more serious and dramatic approach to the controversial topic, you can arouse disgust and anxiety in players, instead of, for example, making them seek gore. With this approach to production, developers would have the opportunity to raise important topics that are currently only reserved for movies. If limits do not exist in the film industry, they should not exist in the gaming industry either. That is why we have an age restriction for adults only. 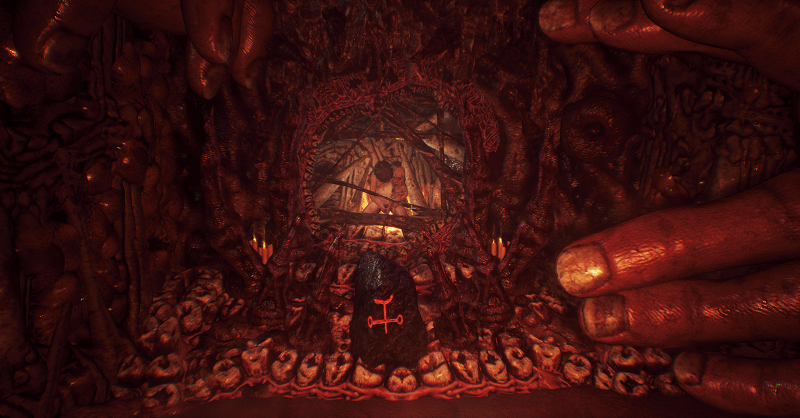 Q: What’s Madmind’s approach to horror that isn’t just about shock value? What do you ultimately want the studio to be known for?

Alan Barczak: Agony is a very extreme horror experience, but that doesn’t mean that our upcoming games will also go in this direction. Paranoid presents a completely different approach to the narrative, focusing on realism and credible representation of the main character’s journey. Of course, it’s possible that someday, in the distant future, we’ll create a game in a completely different genre. We don’t plan on limiting ourselves to horror and it would certainly be nice to try something else.

Q: In your latest announcement for Paranoid, Madmind stated that the topic of mental illness will be treated with respect. What are you doing to ensure that the depiction is respectful and accurate?

AB: In order to explore the subject of schizophrenic-paranoid disorders with due diligence, we consulted a psychologist who meticulously presented various cases, along with their causes and effects. Paranoid is not a game that focuses on the presentation of these disorders, but their occurrence is a key element in telling the story and presenting events from a hero’s perspective in a credible and possibly authentic way.

Follow Up Question: Can you elaborate? Is the story about the protagonist’s struggle with mental illness, or are the disorders specifically used to give context to what scary imagery is presented to the player?

AB: The hero’s story, which is presented from his perspective, is filtered through the prism of his disorders. The presented events are divided into several plans – it is important which is the real reality and which the image of the main character driven by his illness. Not everything that will be scary for the player will be the result of the hero’s mental disorder. We want the player to reflect on what is a real part of the game world, which sometimes will not be obvious, because the borders will often blur. 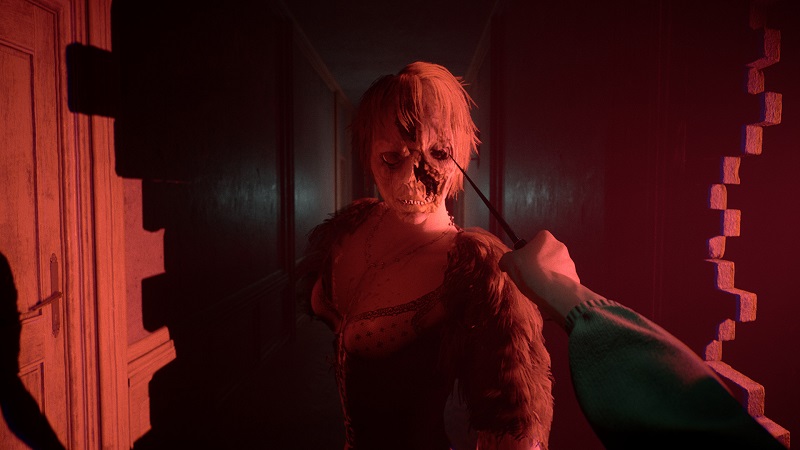 Q: What more can you tell us about the use of drugs in Paranoid?

Follow Up Question: So the protagonist takes prescription medication or hard drugs as a gameplay mechanic to regain composure. What about thematically? How is the abuse of drugs factored into the protagonist’s story?

AB: The hero does not so much abuse drugs, but often uses those that are not indicated for him. Paranoia and fear of the environment create conspiracies in his head, including those related to the pharmacological market, which negatively affect his fight with the symptoms of the disease.

Q: Agony Unrated, which released some months after the original game, made many improvements to the pacing, puzzles, and overall game design – how are you approaching the design of Paranoid to ensure the game plays the best it can by release?

AB: We want every aspect of the game to be carefully deliberated right from the start. The game world, which is completely different from Agony, requires different solutions. We want this new world to be credible, intense, and naturalistic. Riddles, the pace of the game, and the game itself are closely related to the environment in which the protagonist lives. We’re striving to ensure that all these aspects seamlessly permeate and create a unique experience.

Q: What media or creators do Paranoid draw inspiration from?

AB: We draw inspiration from the cinema of the late ’80s and early 90s, as well as surrealistic paintings. Some individual names that come to mind are David Fincher, David Lynch, and Francis Bacon.

Follow Up Question: What themes do those creators portray in their work that has influenced Paranoid?

AB: When it comes to David Lynch, it’s primarily surrealism – a way of creating scenes that stumble upon familiar themes, but in the right composition create something strange and disturbing. David Fincher is able to present a heavy and dark world in an interesting way, which often makes it a hero of the second plan; in addition, the obsession theme that appears almost everywhere is also an important part of Paranoid’s story. Francis Bacon transforms and distorts a picture based on reality – it is also an important fragment of the creation of our game world. 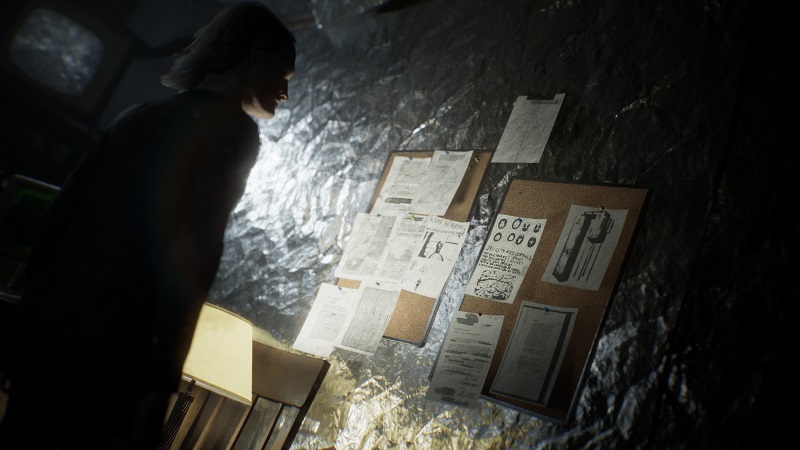 Q: What rating is Paranoid targeting? Will there be an Unrated version as well for PC?

AB: Paranoid will not be censored at all. We want to create the game we wanted from the very beginning, which is why we initially plan to release the game only on PC. We’re not aiming to present controversial scenes just for the sake of it, but we will certainly not avoid difficult topics.