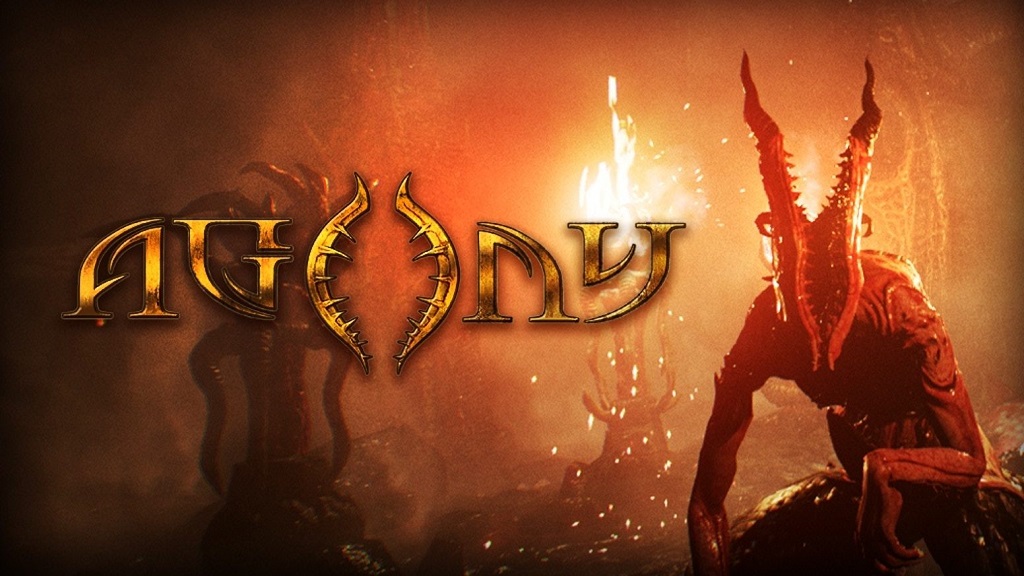 Some say money is the root of all evil. While I’m not a believer in such absolutes, there’s something to be said about the negative influence money has had on creative individuals. There are many tales of artistic visions becoming skewed due to lost focus and misplaced ambition. Madmind Studio appears to be one such video game developer that reached too high when creating Agony, their crowdfunded horror title set in the underworld. This extremely graphic and sexual game set out to shock players the day its initial Kickstarter campaign launched – with depictions of mutilated bodies, nudity, and grotesque architecture. But in the end — nearly two years later — the most shocking thing is how dull Agony is.

Agony follows a lost soul cast to Hell that’s in search of Hell’s architect, the Red Goddess. To Hell’s occupants, the Goddess is either a being of irresistible lust worth eternal damnation to be near or a sadistic overlord that must be avoided. The protagonist’s search for the Goddess puts him on a path to prove himself to her in return for his life back, using his special body-hopping abilities to overcome hell’s multiple layers. The story is not especially interesting, and some later scenes are hard to follow, which might be a symptom of some of the game’s most obscene moments being cut from the game before release to avoid an AO rating. It’s more likely this is simply due to the writing just not being very good.

As this review drops several days after launch, I’ll forgo the obvious name-related wordplay to describe my experience playing Agony. The strongest emotion I can name is “ugh.” Not because Agony upset any delicate sensibilities that one may try and claim I have when they see the score below, but because Agony delivers an excessively mediocre gameplay experience. Let me give you a quick example of what type of puzzles will impede your progress repeatedly throughout the game’s 6-8 hour runtime. Agony starts by placing you some distance away from a puzzle that requires you to find three items in a maze-like environment with little direction. As you navigate through this place, you’re bound to get lost and backtrack again and again in search of the key items. These obstacles are the first thing the player is introduced to when starting a new game. Amazingly, after this area, you’re cast into an actual maze to do this all over again. After that, you’re subjected to yet another quest that requires searching for key items before proceeding, though less arduous than the last two.

Admittedly, Agony improves once the initial three areas are completed, and the world opens up. At its best, Agony focuses on exposing the player to its nightmarish interpretation of Hell, composed almost entirely of organic matter — the bodies of the damned have become misshapen, transformed, and sculpted into heinous structures. Agony’s art direction is simply fantastic. You’d be hard-pressed to not find a new cleverly morbid sight every few minutes while playing. From its darkest depths to its highest point, Hell has never looked so good — although, the overall graphical fidelity in the final game is inconsistent and an overall downgrade from the initial preview build I played in 2016. I’d be remiss not to mention this as everything from character models to how light refracts on surfaces doesn’t seem to reach the level of quality from the game’s alpha. These questionable changes aside, Agony’s art direction is a morbid treat. Sadly, though, this makes the overall experience all the more disappointing as it’s difficult to have much fun Agony’s world.

Agony is filled with senseless design decisions that repeatedly frustrated me. Going back to the game’s opening sections, this type of pedantic puzzle design is what you can expect throughout the game. As you navigate through new areas, you’ll face a locked pathway that either requires the search for and return of a key item or the correct sigil — a shape that must be “memorized” and brought back to the obstructed path to complete a glyph-like image that requires drawing the missing piece. Only one sigil can be memorized at a time, meaning if you haven’t memorized each one, you’ll have to make sure the correct one is the last one you’ve interacted with to have it on-screen as a reference when drawing. This alone wouldn’t be too much of a hassle if Agony’s level design wasn’t often cumbersome and persistently maze-like. The level design itself wouldn’t be too problematic if an excess of poorly placed enemies didn’t impede navigation. Destiny Lines — a mechanic ostensibly added because QA testers kept getting lost — can be conjured to show the direction where the primary objective is (mind you, not where the key might be, because that would actually be useful). These aids are bafflingly limited use.

While visually captivating, I grew to despise Agony’s sprawling environments, as the game actively confuses obtuseness with open-ended design. Agony found a new way to annoy me every hour or so — examples include a sliding effect on movement in icey environments (in an already cumbersome location), introducing new gameplay mechanics that go unused for hours without gameplay reminders, forgetting to mention mechanics entirely, unavoidable enemies placed on narrow elevated pathways, discovering secret areas that were easier to find than the main objective, limitations on the types of demons you can posses in certain areas for no reason, a forced platforming scene with easy-to-miss platforms and no immediate checkpoint after two unskippable cutscenes, and so on. Have I mentioned that the voice acting ranges from ill-fitting — such as the promiscuous Red Goddess herself — to comically poor? Ugh.

Aside from the sexual content, the developers had to remove from the game to maintain an M-rating — such as graphic (and violent) sex scenes — Agony’s attempts to push the boundaries go little beyond vivid displays of corpses and nudity. Perhaps the shock value of mangled bodies and bloody demon breasts was undercut by the boredom instilled by the gameplay, or maybe I’m desensitized. Unless you’re made uncomfortable by gore, the sight of genitals, or having your personal space invaded by the bare-chested Samantha Jones of Hell and her raspy Succubi sidekick, Agony likely won’t even scare you.

On paper, the idea of navigating through a wonderfully realized Hell with the ability to play as both a helpless human and demons sounds amazing. At a glance, Agony looks to have all the makings of a good game, but below the surface, it hides a sinister case of mediocrity. For every bizarre sight comes the knowledge that you’ll likely have to pass it repeatedly due to getting lost. For every impressive enemy design, you’ll wonder why it was placed in a spot that unfairly limits the player’s chances of survival. For every attempt to find the last thing needed to complete a level are 15 meaningless collectible statues. Instead of adding new gameplay modes or hours of unlockable content with the funds they received after their Kickstarter, developer Madmind Studio should have focused on making sure what they had was the best that it could be.

Agony is bloated with ideas and Madmind’s aspiration to create a big budget title; somewhere along the line, they forgot many fundamental elements of good game design. Agony is inconsistent and, worst of all, boring. I take no pleasure in seeing yet another promising horror game miss the mark, but I’m simply disappointed. Despite these complaints, Agony’s artists should be praised for their creativity; I only hope Madmind’s next game plays as well as it looks.

A Steam review code was provided by the developer. The review was based on the pre-review, launch, and Patch #1 versions of the game.