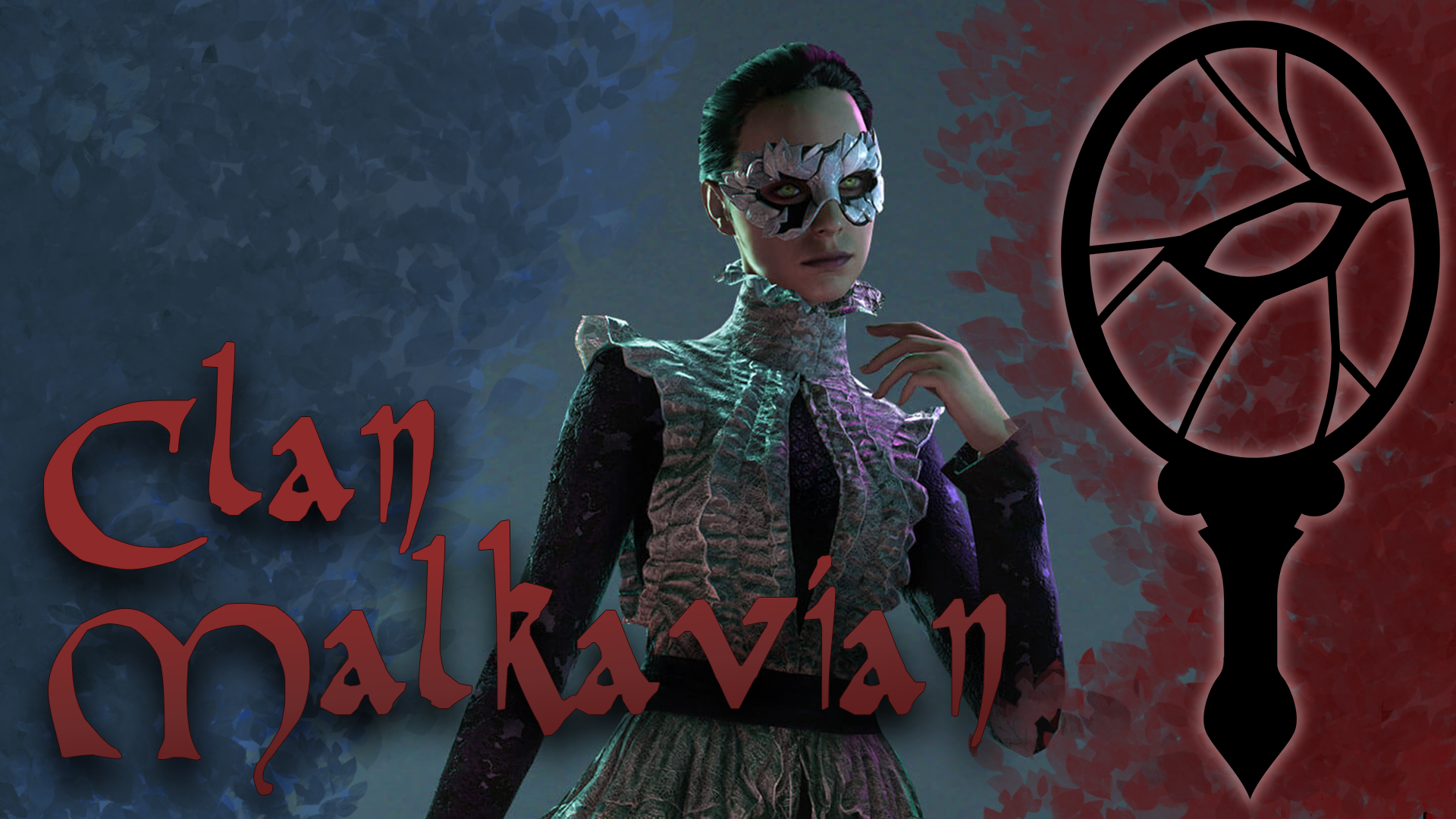 Yesss, this is what my thirst has been waiting for. Bloodlines 2 includes six playable clans (well, technically five as one is Thinbloods, Kindred without a clan), and we’ve seen all but one until now. We’ve tasted the flames of the Brujah, and feared the twisted machinations of the Tremere. We’ve been delighted by the beauty of the Toreador, and recently found ourselves in the grasp of the Ventrue’s power. Today, we finally have the final piece to Bloodlines 2‘s puzzle — a clan that itself doesn’t have all the pieces: the Malkavians. Cursed with knowledge that drives even the most stalwart kindred mad, Malkavians are mocked and avoided by the other clans for being “crazy” — even a world of monsters mental illness is misunderstood.

Malkavians have been traditionally ostracized by the Seattle Kindred. While a few managed to claim territory in less desirable districts, very few have ever managed to rise to the levels of the other clans. Because of this, there is a persistent bias against the Malkavian clan that still exists into modern nights. None of the many nicknames for Clan Malkav – “Lunatics”, “Jesters”, “Visionaries”, “Madmen”, and so on – is as fitting as “Oracles”. To be of the Clan is to understand things nobody else does; and to be affected by that understanding. Among the clan, this shows itself in psychosis, depression, compulsive disorders, or uncounted other mental illnesses. This hasn’t kept the Clan of the Moon from finding a place in Kindred society. Advisers, strategists, preachers, hunters and yes, rulers; all Malkavians walk their very own path.

All Malkavians see further than a mortal could. No Malkavian is left untouched by what they see. Their signature Discipline allows the clan’s members to impart an imperfect version of their psychosis on others, with often drastic results.

• Haunt (Blood Cost: 2), the first active Dementation power, imparts an unseen spectre in the victims’ minds. Unable to control themselves, they’ll try to flee in a panic. The • • and • • • • • slots upgrade Haunt.

• • • Berserk (Blood Cost: 4), the second active power, fills the vampire’s targets with an uncontrollable rage, causing them to lash out at anything nearby – even the air itself, if no better target is available. The • • • • and • • • • • slots enhance Berserk.

Use of Dementation, while thoroughly unsettling, is not a Masquerade Violation.

Nothing stays hidden to those who gain the Discipline of Auspex. Their senses expanding beyond the boundaries of their bodies, these Kindred slip ever deeper into their condition.

• Aura Sense (Blood Cost: 2), Auspex’ first active, makes the vampire spot NPCs even through walls, read crowds at a glance, and mark individuals, staying aware of them even over long distances. It also reveals the weaknesses in the marked NPC’s attack and defense. The • • and • • • • • slots enhance Aura Sense.

• • • Psychic Projection (Blood Cost: 2), the second active, forces the vampire’s mind from their body. Untethered, they will explore the area in astral form, remaining free to use Aura Sight to mark any character they spot. Even more: The vampire’s own senses have developed to such an extent that they may end up telepathically overwhelming the senses of others for a short while. The • • • • slot enhances Psychic Projection.

Use of Auspex is not a Masquerade Violation.

While the Malkavian have often been a point of humor throughout the series (and I’ll admit I absolutely love how goofy they are in Bloodlines 1), both games and the pen and paper RPG, it’s nice to see this game taking a less objectively offensive approach to them. Highlighting why they suffer from the disorders they do, and how even despite them they’re still able to function as a member of Vampire society. I’ll be curious to see how the game handles certain aspects as other games since the original Bloodlines have made massive efforts to portray aspects (like the schizophrenic voices Malks tend to hear) in a more serious and sympathetic way. Either way, we now have the full list of playable clans at launch for VTM: Bloodlines 2 — while not confirmed, it’s very possible the Season of the Wolf Expansion could add a few of the remaining seven clans from the RPG. I can’t wait to see more gameplay (you know, more than the combined two minutes or so we’ve gotten from the animated teasers endings).