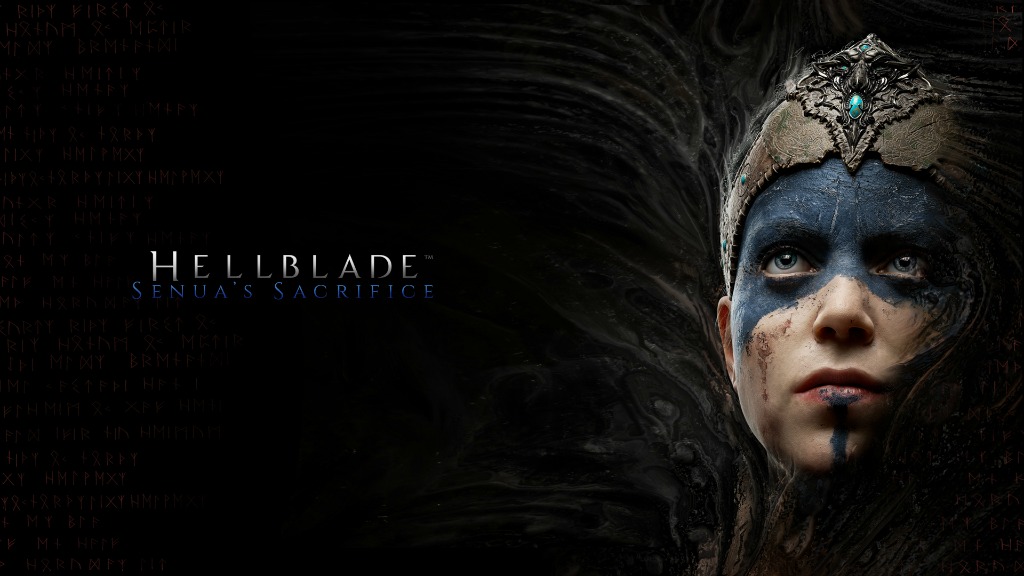 For years developer Ninja Theory has been just shy of greatness, creating games with fantastic art direction, gameplay, and storytelling that somehow fall under the radar. Heavenly Sword and Enslaved have both become modern cult classics since their release, and while their reboot of the Devil May Cry series didn’t sell particularly well, it was met with almost universal critical praise. With their latest release, Hellblade: Senua’s Sacrifice, Ninja Theory has managed to cement themselves among the very best storytellers in the industry, crafting a robust, unique narrative experience that puts many of its peers to shame.

First and foremost, Hellblade is a character-based drama. There is combat and puzzle solving throughout, but you will not find any skill trees or experience points here. This is a look into the darkness inside of Senua, a tormented Celtic woman on a quest to Hel. Anything that would get in the way of that story has been cast aside, a spit in the face of modern game design. Players are given no objective markers or UI, and all the controls are discovered through experimentation. It’s a lean approach that favors realizing the dramatic potential of its world over realizing its potential as an action game.

Unlike other horror games and walking sims, Hellblade also doesn’t care about the journey of the player. It’s not out to thrill with robust setpieces or shock with cheap scares and gratuitous violence. This journey firmly belongs to Senua and is an exploration of how she sees the world. Ninja Theory could have easily emulated Naughty Dog’s over-the-top action sequences or filled any number of dark corridors with YouTube-bait jump scares. Instead, Hellblade nails pacing, building an ever-mounting sense of dread through its use of character development and art design which turns Senua’s nightmare into a masterful character study. 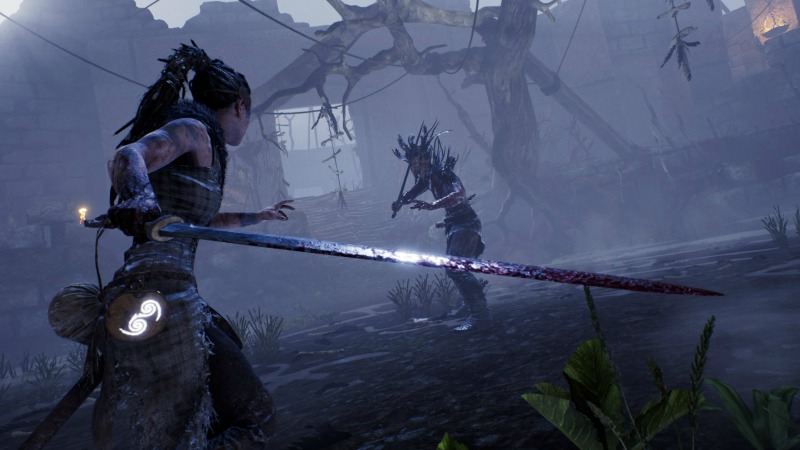 Senua is truly the star of the show, and rightly so. She is one of the most interesting protagonists I’ve ever encountered in a game. Actress Melina Juergens gives a gravity to Senua’s suffering and internal strife that few games take the time to, and the result is a poignant look at psychosis and mental illness, undoubtedly aided by the time and effort Ninja Theory took to get depictions of mental illness right. Hellblade also has stellar audio design, using binaural audio to craft a unique soundscape that realistically, and often horrifyingly breathes life into Senua’s surroundings and the voices in her head. The writing is strong and the character development nearly unparalleled in gaming, but the emotional weight of Juergen’s performance lands thanks to Hellblade’s secret weapon: performance capture.

It’s been years since I felt that facial performance capturing was so essential to a game’s appeal. As the industry and the tech surrounding it has grown, we’ve seen performance capture used in nearly every genre, yet few games have realized its dramatic power as well as Hellblade. Senua is a broken character, and her worst enemy is herself. Caught between the memories of things she once loved and her own personal demons, nearly every emotion is needed in her story, and thanks to Melina Jeurgen’s performance, I believed every one. When Senua screams, you believe she’s terrified, when she smiles you can see her remembering better days. What once was just an impressive graphical flourish is now an essential part of storytelling in video games, and Hellblade proves as much.

In praising the game’s motion capture, I don’t want to take anything away from the rest of Hellblade’s visual design; the game is gorgeous. Lighting and texture work is absolutely top notch, and animations are some of the smoothest I’ve ever seen. Ninja Theory backs up their technical prowess with stellar art design that brings Senua’s world to life with an accuracy seldom seen in historical settings. Each environment feels carefully crafted and curated for Senua’s journey. Ranging from the hellishly surreal to the depressingly mundane, each setting feels like a believable step for the character to take, without ever feeling repetitive. 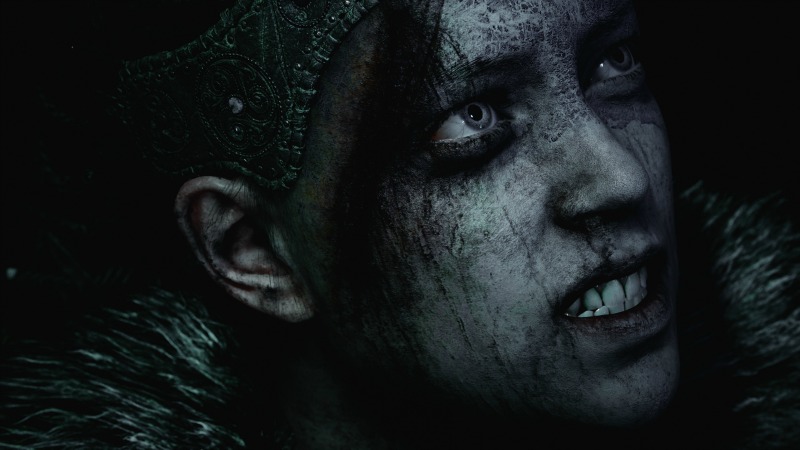 If Hellblade had shortcomings worth discussing, it would lie with the combat and some of the puzzle design. Combat begins simply, with players fighting a single enemy type at a time using basic heavy/light attack combos and dodging. Senua’s movements are deliberate and fluid, and her arsenal slightly expands over time to combat new enemy types. The action itself is tense and satisfying and presents a decent challenge as players figure out how best to defeat their foes. But as the game goes on, some encounters last a bit too long and end up feeling padded out as a result. These encounters are few and far between but happened frequently enough that it’s worth mentioning. Thankfully, combat itself is satisfying enough for the game’s duration, and creative boss fights force players to mix up their strategies.

Puzzles in Hellblade can sometimes tow the line between innovation and frustration. While most puzzles encountered are fairly simple and rewarding, some towards the beginning of the game rely on players traversing large environments to line up certain objects that allow them to proceed forward. These puzzles can be unintuitive, as it’s not always clear where to go and what to do first. Like my complaints with the combat, however, these annoying moments are few and far between.

While combat and some puzzles can be slightly repetitive, one of Hellblade’s greatest strengths is actually its variety. I’ve already mentioned there is plenty of variety in combat and environment design, but Hellblade has entire mechanics developed solely for single sections of gameplay. It would have been so easy for Ninja Theory to simply pad the entire game with combat encounters and puzzles, and leave interesting developments to cutscenes. Instead, they flesh out these sections with entirely new mechanics. Other developers would have then reused those same mechanics for later levels, padding the game’s length and adding variety in the worst way possible. But Ninja Theory shows restraint, instead placing them only where appropriate, and creating more memorable moments because of it. 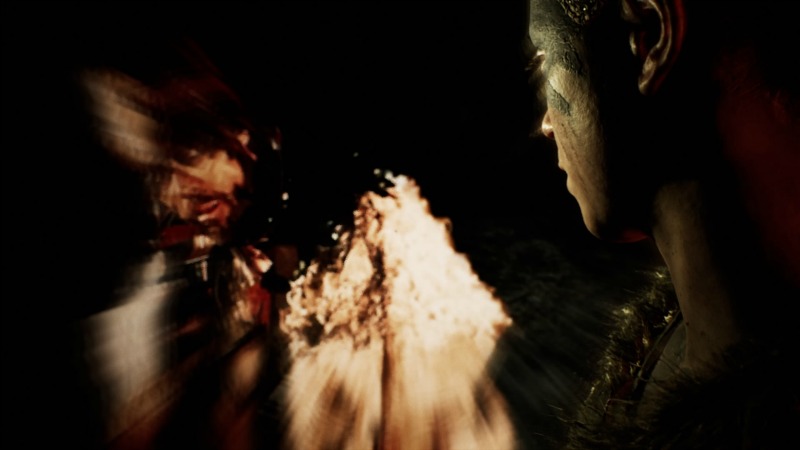 I’ve mentioned Hellblade’s pacing before, and the game’s variety goes hand in hand with that concept. As Senua’s journey unfolds, the puzzles and combat encounters fit organically into the context of what she’s experiencing, as do various other sections. Some sections of the game go almost an hour or more without any combat, and some are straightforward without any puzzles to hinder progress. It might seem like lopsided game design, but Hellblade’s unpredictability aims to serve the needs of Senua’s story. It is a constant build up of dread and tension, with only momentary reprieves. In many ways, it’s reminiscent of the more personal stories in the Silent Hill series, where gameplay mirrors the experience of the characters. This perfect marriage of narrative and gameplay is a large part of why Hellblade succeeds where other game narratives fail; it never loses sight of its character and the importance of her journey.

Hellblade: Senua’s Sacrifice is a rare gem of a game, the kind that has the potential to define the future of a studio. Ninja Theory has delivered one of the most original and memorable stories in recent memory, and have crafted it in such a way that no other medium could do it justice. It certainly has a few flaws, but they aren’t bothersome enough to prevent enjoyment. Hellblade: Senua’s Sacrifice is one of a kind and is a cohesive narrative standard that all of video game storytelling should look up to.

PS4 game code was provided by the developer for review purposes.