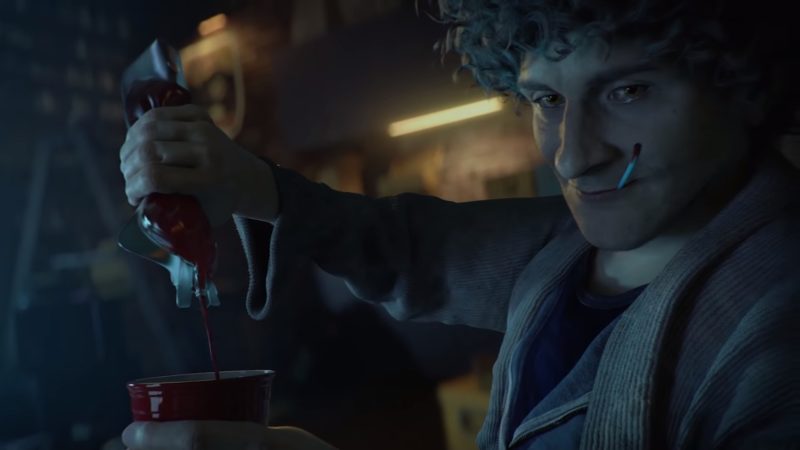 It’s been a few weeks since a real update regarding VTM: Bloodlines 2, so this huge dump of lore and info makes sense. Thus far Paradox Interactive has been pretty tight-lipped on which of the dozen clans will be making the cut this time around (the original Bloodlines only allowed for seven of the 13 clans to be playable), but the one thing we’d heard about for sure were Thinbloods — what is more or less an original faction. In VTM lore, Thinblood typically refers to Thinblood Syndrome, a result of generations of deluded vampiric blood, and have difficulty using vampiric Disciplines and great difficulty Embracing others.  Bloodlines 2 will be using a new, and as far as I can tell, all-original take on the concept. A short animated trailer shows off the general gist of what it’s like for this newly embraced soul — and like 5 seconds of gameplay.

Instead of being weak or enfeebled vampires, these Thinbloods are closer to the Caitiff — vampires of who belong to no clan, and are often seen as societal outcasts. The Thinbloods of Bloodlines 2 are seen as clanless grunts that are looked down on by the full-blooded, clan sect vampires, and have to work their way up the ladder regardless of which clan they speak to. This is in contrast to the original Bloodlines, where whichever clan you picked at the outset of the game would usually respond to you as brethren from the word go, or react in kind if your clan was in opposition to the clan of whoever you were talking to. Now you’ll have to earn your way to even a modicum of respect no matter who you’re talking to. Talk about a shitty roll of the dice. From the official website, we have a look into their societal place, as well as some of the disciplines we’ll be starting out with.

Despite being permitted in the city, many Thinbloods don’t survive very long. With little understanding of what they are or the rules of Kindred society, they face a struggle to simply exist in a city carved up by established political factions. Many are killed when they pose a threat to the Masquerade. A few find work as grunts and runners for the less scrupulous denizens of Seattle. It’s not unheard of for a Thinblood to gain enough respect to earn a more prominent role in a faction, but they are rarely shown the same respect or legal standing a full-blood clan member enjoys. It’s a hard, short life for most Thinbloods in Seattle, but it’s also a city of opportunity for the few that can navigate their way into the higher circles of vampire society.

This Thinblood discipline calls on the vampire’s strong affinity to bats, allowing her to move through the air and summon swarms.

• Glide (Blood Cost: 1) is Chiropteran’s first active power, and can be enhanced by investing in the • • slot. Glide greatly lowers the weight of the vampire’s skeleton and muscle mass to allow them to float on updrafts, reaching otherwise inaccessible areas. In the air, the vampire can swoop into NPC to knock them down, pounce on enemies far below, or use the height advantage to rain down Disciplines from afar.

• • • Bat Swarm (Blood Cost: 2), the second active power, allows the vampire to summon a small swarm of bats to attack a target NPC, temporarily disabling them and dealing low damage. The • • • • and • • • • • slots grow this power, until a true Maelstrom of leathery wings surrounds the vampire, harrying and damaging any enemy who dares come too close.

This Thinblood discipline allows the vampire to manipulate objects through telekinesis – allowing them to even pull weapons from enemies’ hands.

• Pull (Blood Cost: 0/1, target dependent) is Mentalism’s first active. It allows the vampire to manipulate inanimate objects from afar – whether that’s an inconvenient obstacle, or the knife in the hands of the NPC bearing down on them. The • • slot upgrades Pull even further.

• • • Levitate (Blood Cost: 2), the second active power, suspends a living NPC in the air. Its strength can be enhanced with the • • • • and • • • • • slots, until the vampire can levitate everyone and everything in an area, and throw suspended enemies around like ragdolls.

This Thinblood discipline allow the vampire to call on her affinity to mist, allowing her to summon and command it.

• Mist Shroud (Blood Cost: 2), Nebulation’s first active power, envelops the vampire with mist for a short time, muffling footsteps and making them slightly harder to notice. In addition, the vampire can partially transform into mist for one invocation to either perform a choking attack on an NPC, or travel through tight spaces. The • • slot enhances these powers even further.

• • • Envelop (Blood Cost: 3), the second active, creates a stationary, swirling cloud of mist that surrounds, blinds and forcefully enters the lungs of NPC that touch it. It and Mist Shroud both can be further improved with the • • • • and • • • • • slots.