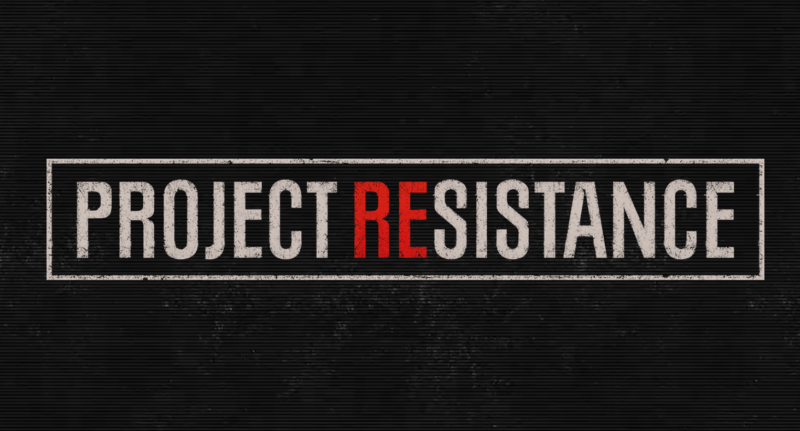 Holy crap! Just as I was gearing up to go to bed, Capcom has opened up on their new Resident Evil game! Well, sort of. So a few weeks back Capcom announced that they’d be holding a series of fan tester events in Japan and America next month, for a new in-development Resident Evil game. There’s been plenty of speculation — anything from REmake 3 and RE8 to Outbreak HD and Dino Crisis Remake. Well, they’ve just tipped their hand ever so slightly, with the reveal of what they’re calling Project REsistence, out . The game is being teased on a new website made especially for the title, and despite it having almost no information (aside from the fact that it’s coming to PS4, Xbox One, and PC — sorry Switch friends) I’m losing my mind with hype (partially because this was so unexpected). From the site:

Capcom is embarking on a new project.
Watch the teaser trailer on September 9 at 3:00PM [UTC].

Project Resistance will be shown at Capcom’s booth
during Tokyo Game Show 2019!
Come to the booth’s stage to see members of the development team show off gameplay! This will be the world’s first look at the game,
so you won’t want to miss it!

So yeah, screaming. September 9th is only eleven days away, folks. There’s also a live-stream you can watch when the timer hits zero for you to leave in an open tab for the next week. At the moment, there’s no way of knowing what exactly this could be — and the element of the code-name is throwing me for a complete loop. So to try and pair down what exactly this could be, let’s look at the fact. Months ago Restera leaker DuskGolem made a few claims about the existence of Resident Evil REmake 3, and how it would be releasing “sooner than expected”. However, I feel like the code name would be… I dunno, using a code-name and this build-up to reveal feels like something they wouldn’t do. The major numbered games (yes, REmake 3 would count, even tho it will most likely be built from REmake 2 assets and design) have all had major announcements, no build-up or anything. RE4, 5, 7, and REmake 2, were all revealed at E3. RE6 broke from the formula, but didn’t have a count down or anything — in fact, the trailer just appeared with no fanfare at all on a random Thursday in January 2012.

So what’s the next option? Well, there’s the fact that they’re holding a special tester event — which falls exactly on the day of the TGS reveal (in Japan, the American event isn’t until the end of the month). It’s more than likely the tester event is actually just an invite to the TGS stage floor to try out the demo — so that leaves me curious with what context this could all be falling under. Ruling out REmake 3, and under that same stroke RE8 (and Dino Crisis, sorry pals, it’s not happening), what options does that leave us with this information. There’s been speculation that this could be a new multiplayer Resident Evil game, which now feels a little more likely. So now let’s look at options for that — Option A, an all-new IP in the RE brand. Just as Umbrella Corps, Operation Raccoon City, and the Chronicles games existed in their own section of the series — separated from the main entries. Also, in case anyone was curious, the logo isn’t actually using the styling of the RE7 or REmake 2 logos. It’s the same font, but the grubby fingerprints look of RE7 and the cracked city map of REmake 2 aren’t here — replaced with a more generic “dinged around the edges” look.

That isn’t to say this will be anything like UC or ORC obviously, just examples of other non-numbered games. Using a code-name for that sort of thing — and the title of that codename, REsistence, feels distinctly action-y to me. That’s just me tho, so don’t read into it. Resistance conjures up images of the Star Wars faction of the same name, or generally an occupied force that’s going up against something larger. With that in mind, it’s possible that we could be looking at a new, action-oriented RE title. Action fans have been left pretty high and dry more or less since RE6 (nobody played Umbrella Corps lol), and they always (except for Umbrella Corps lol) sold really well. I also find the layout of the site pretty interesting — the “video” look to it intrigues me. Of course, it means literally nothing honestly. Multiple Resident Evil games have used this look in various ways — from the “found footage” portions of RE7, and was basically The Darkside Chronicles‘ entire aesthetic. It’s pretty common with the series and is probably just being used as a “footage to come” style thing.

A new action, possibly co-op Resident Evil is a very strong possibility in my opinion. What other options are there? It could very well be single-player, but that wouldn’t really affect the possibility of it being action (although single-player REs have been less heavy on it, with the exception of Revelations 1). Let’s roll with the idea of it still being co-op tho. New IP, action-oriented are out of the way, so what’s the other option for an online RE title? There’s a possibility of a new Outbreak, or Outbreak styled game here. Obviously I’m grasping at straws here, although it’s worth mentioning that the original Outbreak domain is now displaying the same OK message that the RE2 website displayed over a year ago. There’s every chance I’m totally wrong about this, though (I don’t actually know how long it’s been in this state — if someone else has been keeping tabs on it please let me know and I’ll update accordingly).

Regardless of what it is, a new Resident Evil is being announced only days from now. I’m wired folks, get ready for more of my deep-dive speculation posts and examinations of every single speck of dust in the trailer. God, I’m excited. Check back here on the 9th to watch me shit my brains out in real-time.