Capcom Set to Make Announcement at Gamescom - Rely on Horror 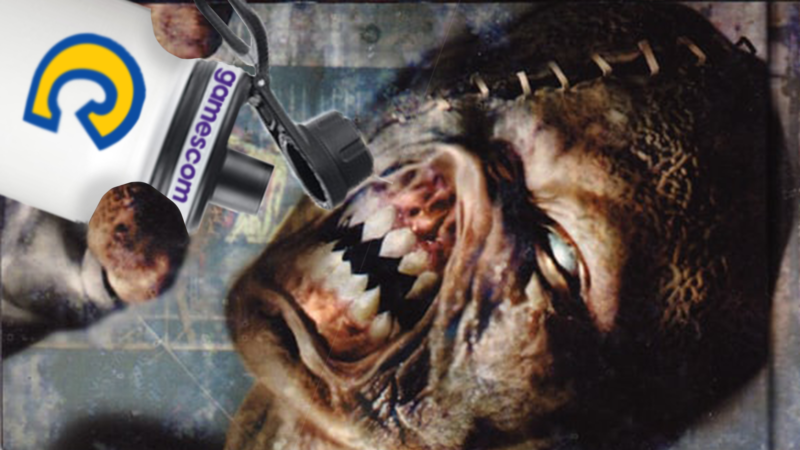 HMMM. So we just heard about Capcom holding a special fan-only testing event for a new Resident Evil game on September 8th/9th, about a month away. We’d done a fair bit of speculating what that game was and when it could receive an official announcement. My initial thought had been TGS, just a few days after that testing was to take place. Silly me, as I’d completely forgotten all about Gamescom, the German gaming conference and tradeshow. On Monday the 19th, which is about a week and a half away, there will be a special stream where 15 game studios will be making announcements regarding future content and titles. Capcom, much to my utmost joy, is among them.

More than 15 game publishers will premiere new content and make announcements during @gamescom Opening Night Live. An exciting show is coming together for Monday, August 19! Hope you get to tune in and watch the stream! pic.twitter.com/THAv4bvZlm

Now, it’s always worth remembering that Capcom does make quite a bit more than just Resident Evil — but the timing makes a difference. Monster Hunter World‘s new expansion, Iceborne, is set to drop in a little over a month, and I sadly can’t rule that 100% out — but there’s nothing to say that they will only be showing off one game at the show. Street Fighter 5 just got a major DLC announcement at (well, okay, before) EVO, so that’s out of the picture completely. Other games drop down in likelihood greatly with each title, which while it sucks being a fan of those games, it does free up some space for RE. Dead Rising is (until stated otherwise) dead after the closure of its developer, and despite rumors, Marvel vs Capcom 4 (or 5 or whatever) would’ve probably been announced at EVO. There’s no way Ace Attorney 7 is getting announced in the west before it’s announced in Japan, and there’s typically almost a year between Japan getting an Ace Attorney and the West even getting confirmation we’re getting it. Dino Crisis Remake more than likely isn’t a real thing. The list goes on and on like that, like I said, with each thing becoming less and less likely as I rattle them off.

Resident Evil, however, has a very high probability thanks to Capcom already soft announcing it with that tester invite. We know for a fact that Capcom has something playable that has something involved with Resident Evil (because why else would Resident Evil Ambassadors be invited and nobody else), that will be playable in as little as a month. Why in the world would Capcom allow whatever that game is to leak through something as simple as a tester pool, of fans no less, who would be the most likely to leak something? Announcing the new game just weeks ahead of that testing process, however, creates a hype spike that reaches all the way to the moon, rather than simple curiosity.  As I stated previously, there isn’t any real way of knowing what this game could be, even with it narrowed down to Resident Evil. Dice could land on any number of possibilities, from REmake 3 to Revelations 3, as well as an entirely new series set in the brand. I very much doubt RE8, simply by virtue of it being too soon. There’s typically been a 4-5 year gap between numbered titles in the series (RE4-5 was four years, RE5-6 was three, RE6-7 was five). I’m curious if we’re meant to count REmake 2 as a “numbered” release. It’s hard to say, as it both completely breaks that chain (releasing only two years after RE7) and potentially resets it (back to 4-5 years). On top of this, I very much doubt that Resident Evil 8 will be releasing on current-gen hardware, especially with next-gen more than likely being revealed next year. It seems a safer bet that it’s one last stop-gap RE title to send this gen out, possibly even being cross-gen like Revelations 2 was.

We won’t know until August 19th, which is only about a week and a half away. I’m very excited, but I’m also trying really hard to keep that excitement in check. We’ll be watching the stream when it goes live, and report back with everything we find out!