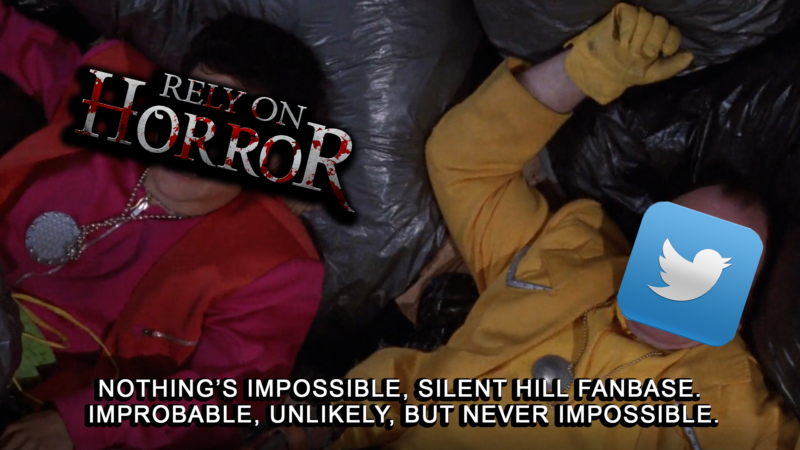 In case you were unaware, rumors of a new Silent Hill game (or possibly games) have been circulating since we broke a story from our insider sources back in March. Since then there’s been a deluge of curiously timed Silent Hill …things going on; from the inexplicable announcement of a third motion picture to a well-known horror manga artist teasing being involved in a Silent Hill project on multiple occasions, there’s a bunch of weird things that have peaked fans interest in the past few months. Not the least of which, of course, is the release of an all-new Silent Hill DLC for Dead by Daylight, which included Heather Mason and Pyramid Head as playable characters. There have been other interesting, if lower-profile, occurrences of the Silent Hill brand sturring from its great slumber.

Immediately after our leak went public (as in literally days), the official Silent Hill Facebook page suddenly became active again for the first time since 2017, and has remained active as recently as the 14th of this month. Admittedly it’s mostly been marketing for the Dead by Daylight DLC, but it’s still remarkable, to say the least. A few months after that in May was when the DLC in question was officially revealed of course, so there’s been a pretty steady stream of minor updates since the initial leak.

Just today, as a matter of fact, the official Konami Twitter account posted a short video of the Silent Hill 2 siren sound effect over a black screen. Fans went understandably apeshit, and the PR person in charge of the account quickly responded with a statement about how everyone should calm down and that they were only having fun after enjoying some Dead by Daylight streams. While that tweet has sparked some… responses from the fanbase, it was followed up one last time by official Konami Twitter account:

We are sorry we got people fired up. Anything official would come from first from @SilentHill or an event or something, not from us. We were just being fans and enjoyed the noise/memories. Sorry everyone, did mean to kill your Friday mood.

While this final follow up might not seem like much more than just one last attempt to quell the situation, the real shocker here is the tagged account. @SilentHill… is brand new. Launched on July 9th (where it retweeted the Dead by Daylight announcement from Behavior Interactive), this brand-new, official Silent Hill Twitter account has just been sitting here, quietly tweeting away about Dead by Daylight and retweeting fan art for over a month now. They haven’t actually interacted with anyone yet, but it’s also interesting to see who the account is following. From the official Twitter account for Unreal Engine 5 to Masahiro Ito and Akira Yamaoka (both of which have been rumored as being involved with the reboot), as well as the official Xbox and PlayStation accounts, the short list of @Silent Hill’s follows is very exciting indeed. Amongst the big guns are also a few curious choices, like YouTuber DashieXP and gaming website Fangamer, as well as things like Funko Pop — which has never had a Silent Hill brand deal.

It’s worth mentioning that, amidst all of this, there was also a supposed leak (or leaks) from 4chan have pegged the Silent Hill revival game as being part of the rumored August PlayStation stream, where Resident Evil 8: Village‘s new trailer is meant to be shown. While it would be fun to jump right in and get hype over this, the two 4chan sources are wildly different from one another, with different dates and almost completely different lists aside from both including Silent Hill and easy targets like Spider-Man: Miles Morales. Swift chuck into the bin is in order on that one.

Regardless of believable (or unbelievable) rumors, we are once again faced with the simple fact that something is going on with Silent Hill, and it’s going on now. Dead by Daylight could easily handle its own marketing without the help of a new Silent Hill Twitter account, which would require a Konami staffer paid to run it (and probably at least some minor moderation from the Konami PR department at large). For now, all we can do is wait and see… but I gotta be honest, we’re getting our hopes up.