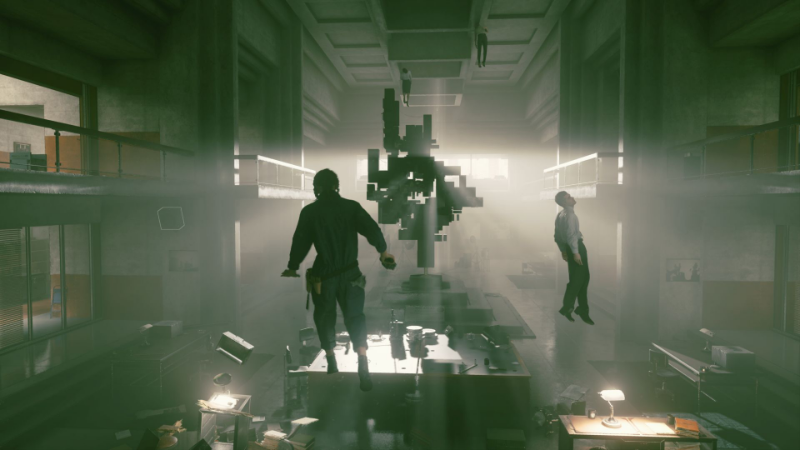 Control, the new surreal adventure developed by Remedy Entertainment, will have downloadable story content. While that is reason enough to get excited, many fans will lose their minds knowing that one of these additional adventures could relate to Alan Wake — Remedy’s cult classic horror title that fans have been begging for a sequel to since its release in 2010.

Through a blog post, 505 Games and Remedy Entertainment announced that Control will receive two expansions. The first one titled ‘The Foundation’ and will arrive in early 2020. In this expansion, you will explore the history of the Oldest House to return order to this place and discover what lies beyond the Bureau.

The expansion that caught our eye was ‘AWE,’ which Remedy describes as an adventure that will take Jesse into a new part of the Oldest House, the Investigations Sector, where the Bureau closely examines Altered World Events. The reason why it may relate to Alan Wake is that the cover art of the expansion has a typography very similar to Alan Wake’s and is reminiscent of that game’s own box art. Also, Control is peppered with references and even an appearance by Alan Wake himself if you look hard enough.

Both packages of downloadable content for Control will be available on your Season Pass, which will cost $24.99. You can also get it in the Digital Deluxe Edition that, in exchange for $79.99, will deliver the base game, season pass, and Urban Response Gear attire.

It is important to note that Remedy Entertainment is not only adding paid content but will also deliver a couple of free updates. The first one will arrive before the end of autumn and will add a Photo Mode. The second will add a new game mode called Expeditions, which will include challenges in which Jesse will help security chief Arish explore the mysterious Formation.

Are you excited for this post-launch content? Control is available for PlayStation 4, Xbox One, and PC. Keep an eye out for our review soon. 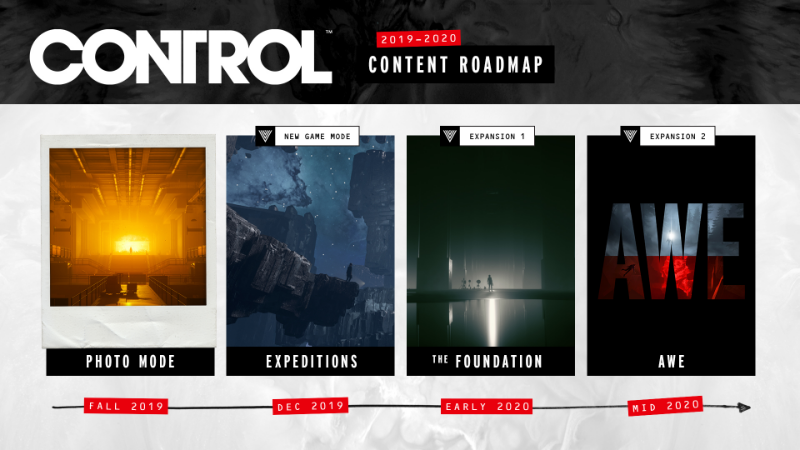