Capcom Has Two Major Releases Planned Before March 2019, and They Could Be REmake 2 and DMCV - Rely on Horror

Capcom Has Two Major Releases Planned Before March 2019, and They Could Be REmake 2 and DMCV 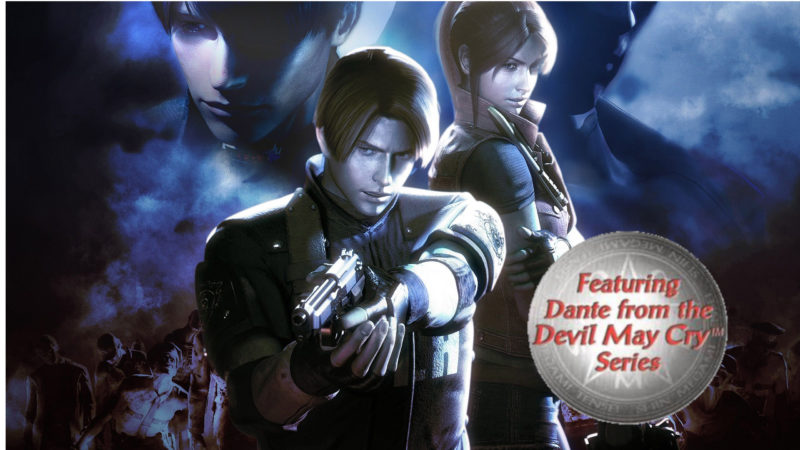 After the news yesterday that Capcom was riding high, it comes as no surprise that they’re already buckling down on upcoming releases.

Announced via a “Overview of Strategies and Plans Fiscal Year”, Capcom has plans for at least two “major” titles (as well as what it simply describes as “others”) to be released by the end of their next fiscal year, which is March 31st 2019. Let’s try and break down what these titles could be. To begin with, the secretive wording of “Major Title 1” and “Major Title 2” would indicate that these are things that they aren’t actively promoting or haven’t announced as of yet. This of course means that they could literally be anything Capcom would consider “major”, although the rather low “New Unit Sales” (in comparison to the previous 13,400) is just as telling of what they’re expecting. Keeping this in mind, what could possibly be something that would fall under the blanket of “major” while also not generating the kind of massive numbers Capcom was expecting for Monster Hunter World and Marvel vs Capcom Infinite? One word: Niche.

Currently, we’re aware of only really one major game planned from Capcom, Resident Evil 2 Remake (or REmake 2 as fans call it), and its been in production for about 3 years now. While fans are becoming antsy due to a lack of information regarding it, that actually gives it a pretty good chance of being on of the two major games listed here. As Capcom aren’t actively promoting it, or even talking about it really (the occasional “please look forward to it” is about all we’ve gotten since the announcement), that puts in a very niche sector of the fan base. For the most part, only the hardcore section of the Resident Evil fanbase are even aware that REmake 2 was announced, so keeping its scheduling on their fiscal release plans a secret makes sense if a big reveal is something they’re gearing up towards (especially considering that its speculated to be at E3 this year).

Now lets take into account the lower unit sales they’re expecting, which could actually be pretty amazing news for die hard RE fans. If REmake 2 reallly is the game that they’re talking about here, the lower sales numbers could be indicative of exactly what kind of game REmake 2 is. There’s been tons of rumors, speculation, and fears as to what is and is not changing about the upcoming remake. Lower expectations could actually be a good sign, as it would put it more towards the sales numbers of RE7‘s initial launch, as well as the two HD remasters of Resident Evil 0 and the original REmake, meaning that the game will be more in line with what those titles offered – a more traditional, niche horror experience (unlike fan fears of it being a run and gun action game, to appeal to a wider audience).

The other major title is even more of a mystery, but it’s possible to at least narrow it down. Again, let’s think about what it is exactly that Capcom would consider “major”. Arguably the companies’ flagship titles at the moment (discounting Resident Evil) are Street Fighter, Monster Hunter, and Dead Rising. All three of those have had major, recent releases: Street Fighter V (along with the just released update Arcade Edition), Monster Hunter World, and Dead Rising 4 (along with the updated Frank’s Big Package version). While we do know that Dead Rising 5 is in production, there’s very little chance that its releasing so soon, and those other titles are still actively being supported by Capcom with DLC and events. Odds are Capcom aren’t going to scuttle the install base on those games by forcing a divide with a new release so soon. So then what could Major Title 2 be?

If rumors are to be believed, Devil May Cry V fits the bill. Supposedly a direct sequel to DMC4 (rather than a follow up to DmC: Devil May Cry), DMCV is exactly the kind of major release that would both be exciting to fans while also being something to keep expectations in check over, with the highest selling title to date being DMC4 at 3.0 million units. DMC is also what could be considered a “dormant” franchise, as not much (outside of cross overs and cameos) has been done with the original DMC universe since DMC4, which was apparently ten years ago oh god.

These two games fit nicely into the exact sort of blend of “major” and “niche” that the projected sales figures would indicate. Of course, we can only wait, and hope that we’re right. There’s lots of other Capcom games out there of course, but few of them could be described as major (as much as I’d love to think of Ace Attorney as a major pillar of Capcom’s business, it just isn’t), and while Capcom has gone on record that they plan to resurrect dormant IPs, no amount of love I or anyone else has for Dino Crisis, Darkstalkers, Power Stone or Clock Tower is going to make a new game in those franchises “major”.

E3 is right around the corner, with the first chance of these games getting announced on stage being Sunday, June 10th during the Microsoft press event, although most are assuming (given Capcom’s track record) that any and all announcements are going to be on Sony’s stage. Sony hasn’t actually announced their press event yet, so who knows when that will be (Sunday and Monday are both starting to look pretty crowded honestly) We’ll keep you updated of course, but for now lets just keep our fingers crossed.