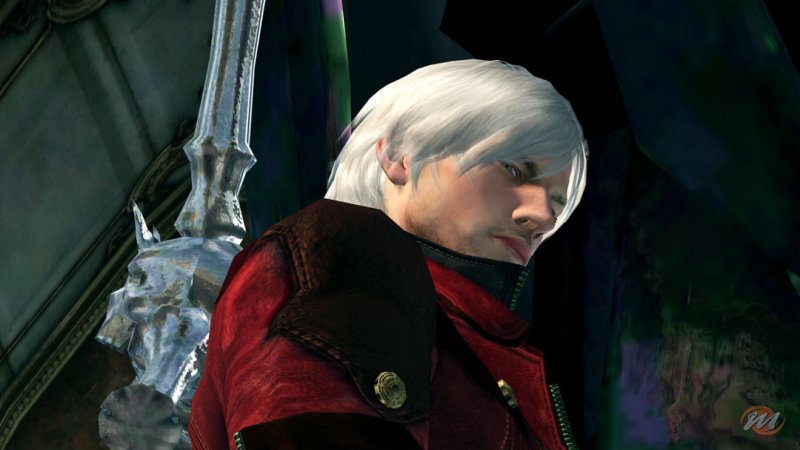 So for a little while now, there’s been some rumors flying around concerning the future of the Devil May Cry franchise. While some ended up being meaningless (a misinterpreted listing on a voice actor’s resume), others simply not materializing into anything (being listed in amongst other games that didn’t actually get announced at this past E3), it’s hard to deny one element that has remained pretty steadfast through all of this: Devil May Cry series director Hideaki Itsuno has been teasing something for a while now. While it’s worth noting that it very well could easily be a sequel to 2012’s Dragon’s Dogma (although I’ve still pondered the possibility of that actually being what Capcom’s long since MIA Deep Down project was), the other option, it being a new Devil May Cry title, has a fans going nuts. Now that a seemingly insane amount of information has leaked, fan hopes may be going into overdrive.

Take this with a massive grain of salt.

Woah, Bessy. That’s a cubic buttload of info there. A lot more than I feel we usually get from fan leaks (even the rather robust RE7 leaks weren’t this detailed or extensive). Even not being particularly plugged into DMC as a whole (I own them all, but only sort of piddle around in them every few months or so) it’s hard not to feel the excitement a hardcore fan must feel from these details. Returning actors, picking up from the original story, and promises of being the most robust DMC ever?

This still all falls in line with Capcom’s promises of reviving “dormant” IPs from late last year, a process that started with (the albeit lackluster) Marvel vs Capcom: Infinite. Since then, Capcom hasn’t actually announced much, with very little in the way of new titles known to be in production. Resident Evil has at least three titles coming (REmake 2, Resident Evil 8, and an unannounced project), Ace Attorney 7 is rumored for the Nintendo Switch, and Monster Hunter: World is well on its way – but I’d hardly call any of those “dormant” franchises. Ace Attorney has had almost one release a year since 2011, Monster Hunter once every 3 years or so, and Resident Evil… hahaha there’s like three games a year. Where are the rest of these franchises that Capcom had been promising to resurrect? I’d personally been hoping for a return of Dino Crisis, Power Stone (fuck you, Marvel vs Capcom: Infinite), or even Haunting Grounds and Clock Tower (fuck you, NightCry).

Devil May Cry is also one of these titles that could really use a more modern release. Despite both DMC4 and DmC being ported to current gen consoles, the last actual release in the series was in 2013, and the last release in the original canon was in 2008. So, yeah. It’s been a while. Fingers are crossed we get more information soon, although considering the leaker also suggests that we might not be getting official info this year, it might be a while. We will, of course, keep you updated, and just on the off chance it does get announced, PSX is December 9th and 10th. Capcom is for sure going to be there, although they might just be showing off RE7‘s final DLC. I really hope there’s more than that though.