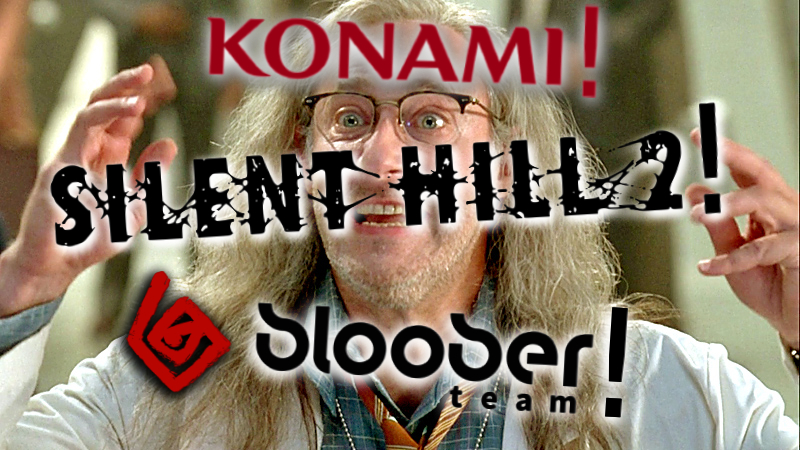 To quote Brent Spiner’s scientist character from Independence Day, “The last twenty-four hours have been really exciting.” Not only did we get some (alleged) leaked screenshots of a possible first-person next-gen Silent Hill title, but new tweets indicate that Konami is planning three Silent Hill games, including a PS5-exclusive remake of Silent Hill 2.

Twitter user NateTheHate2 posted that the remake of the fan-favorite sequel is rumored to be in development by Bloober Team and includes reworked puzzles and new endings.

On top of these tweets, word comes from playstationlifestyle.net that “Bloober Team has signed a ‘significant license and distribution agreement’ with Sony Interactive Entertainment.” Thye added that “While most believe the Sony agreement to be about putting games from Bloober Team on the new PS Plus tiers like PlayStation Plus Extra and PlayStation Plus Premium, some others believe it could also be linked to the Silent Hill leak that occurred earlier.” This news has led some to speculate that the Silent Hill 2 remake might be a timed PS5 exclusive.

Having originated on the original Playstation in 1999, the series has been notoriously hard to play on current platforms. The only way to play SH2 on modern hardware is via the Enhanced Edition (which requires you to own your own copy of Silent Hill 2 PC), and Konami only just recently released a playable version of Silent Hill 4: The Room for Windows in 2020. Who knows, maybe the remake will include the original version as a bonus?

None of this has been officially confirmed by either Konami or Bloober Team yet, so take these rumors with a grain of salt for now.

How do you feel about the news of a PS5-exclusive remake of SH2? Do you think Bloober can pull it off and actually make something that honors the spirit and legacy of the game while also enhancing it for modern platforms? Let us know in the comments below.

As always, stay tuned right here for updates on this developing story as they happen.