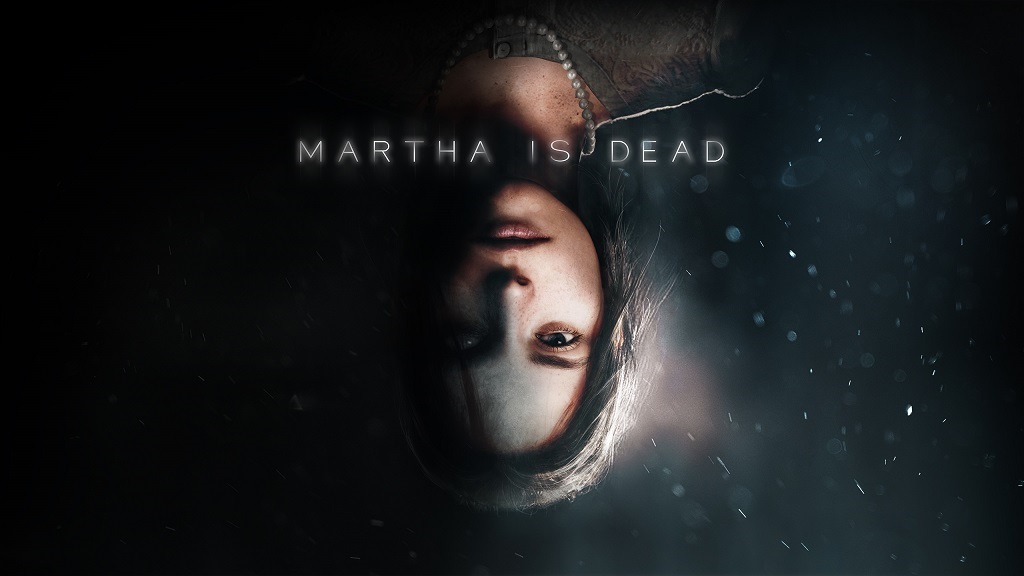 The horror game development scene from Italy has grown into a force to be reckoned with in recent years. With titles like the Remothered series, Daymare: 1998, and The Town of Light, these creators are making a name for themselves in several ways. Italian studio LKA struck an interesting chord with The Town of Light by dealing in very heavy subject matter mixed with real-world historical events. The result is a compelling story, even if the game itself is a little rough around the edges and handles some of its subject matter questionably. After releasing The Town of Light in 2016, LKA started work on their next project, aiming for an even bigger and more memorable experience than the last. The final product is  Martha Is Dead, and that’s why we’re here today. Martha Is Dead stays within the psychological horror adventure game subgenre like their previous game; the difference this time around is much higher production value and a darker, more tightly focused narrative than its predecessor. 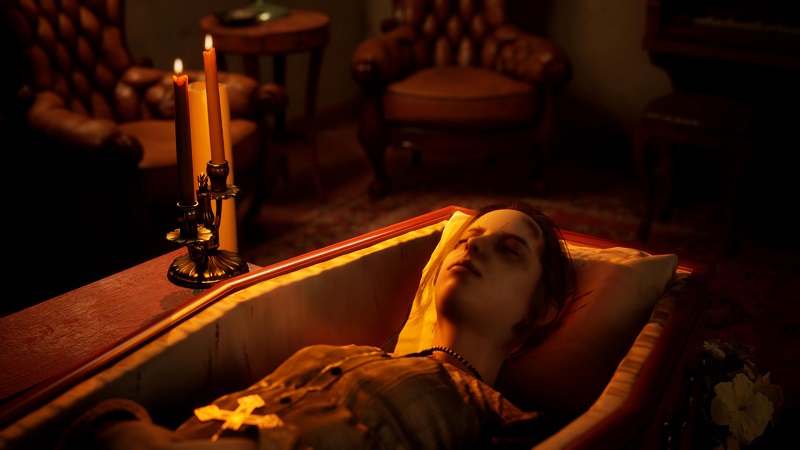 As a warning, Martha Is Dead deals with some of the heaviest subjects ever dealt with in a video game- I have no second thoughts on saying this. The subject matter and some more gruesome scenes sparked a lot of discourse and controversy over the last month following a revelation that Sony would require pretty extreme censorship of the title before approving its release on PlayStation. Despite the game and all marketing materials containing frequent warnings about the content, the team was forced to make significant changes. Sony’s abrupt move forced weeks of extra pre-release crunch onto the ten-person indie studio, compromising their original vision in the process. The resulting discussion among players, developers, and publishers questions whether censorship protects adult players any more than adequate warning or notice about the content’s subject matter or graphic nature. Horror games have never shied away from intense and explicit content, but still, Martha Is Dead‘s heavy topics combined with Sony’s newer policies about content control unleashed a storm of discussion on the subject of self-determination.

Martha Is Dead is a narrative horror game without combat or heavy action, allowing us to jump right into the heart of the story. Like other recent psychological horror titles The Medium and Devotion, the setting it takes place in is a time and place of deep political and social turmoil. Trauma, abuse, love, family, and mental illness intertwine against a backdrop of the Italian countryside in 1944, near the end of World War II. The setting features some particularly nice touches and details that we don’t often get in video games, including period-accurate music and news broadcasts on the radio, newspapers, and lots of accurate technology and machinery from the period, adding an extra touch of immersion. 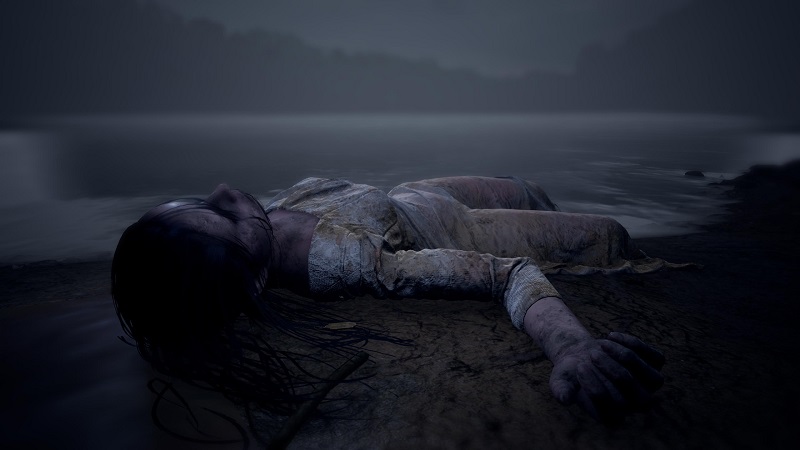 Within this oppressive and tense setting, players become active participants in macabre events. One must set up and attend a funeral, take part in the mutilation of human bodies, and even participate in child abuse. These and several other scenes stretch the limits of what an interactive medium requires of its audience. Despite the very graphic nature of such content, the subject matter here feels much better handled than some of the content in The Town of Light, leaving room for players alienated by missteps in that game to return with Martha is Dead. Everything you see or experience feels necessary to the narrative, not just for shock value. Unlike their previous game, LKA thankfully chose to stay away from depictions of rape or sexual abuse within their story, though there are certainly plenty of other types of abuse dealt with here.

These intense interactive scenes intertwine with many other story elements, including military/political intrigue, questioning authority, the morality and horrors of war, loss of identity, the existence of the supernatural as metaphor, and suicide. As in The Town of Light, Martha is Dead focuses on an unreliable narrator grappling with severe mental illness, treatment of mental illness by society, and a host of other intriguing elements. These elements meld together into a complex narrative that generally accomplishes everything it set out to do. New details emerge at a steady and compelling pace throughout the game, as players become amateur detectives, investigating the mysterious death of their sister by uncovering clues, solving puzzles, and using one of the game’s other biggest mechanics, taking and developing photos with your camera. 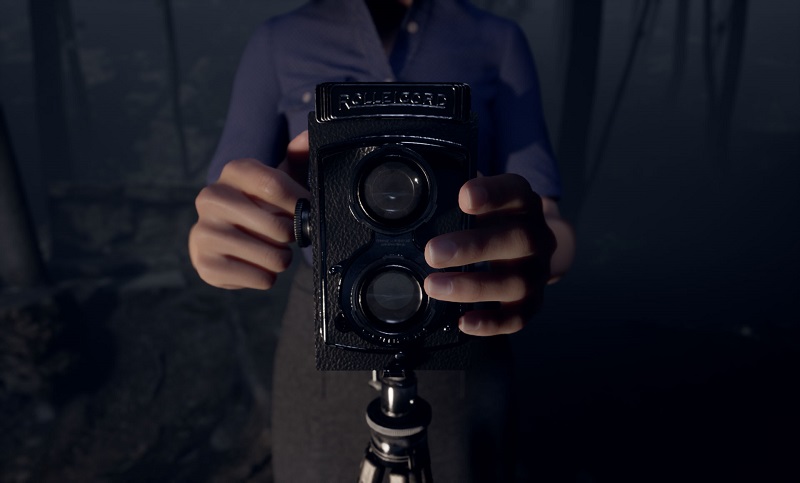 The photography mechanics present an exciting element to the gameplay. Players must develop the pictures in a dark room, and the game is full of tons of very in-depth and specific information about how to take and develop photographs using the technology of the 1940s. While taking pictures, players learn to adjust the aperture, ISO, and focus of shots. In the darkroom, the unexpected photography education includes scanning your negative to paper and using various chemicals to develop the image. While this process is very in-depth and has a tutorial, it’s not needlessly tedious, since after the first session, it allows players to skip parts of photo processing, which is a nice touch and keeps the pace moving nicely.

Photography is just one of several puzzle mechanics in the game. While the remaining puzzles are routine in horror adventure games, they manage to stay pretty compelling. They often feature very period-accurate components, requiring players to adapt their way of thinking and consider how specific tasks would’ve been done back in the 1940s. 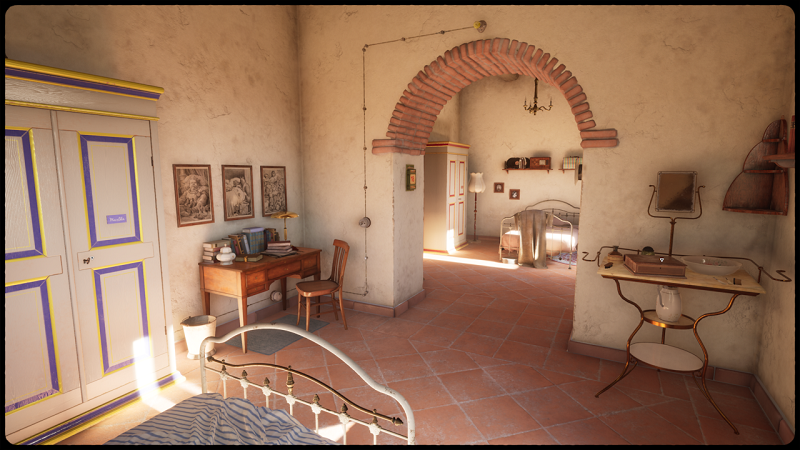 The story elements all come together nicely, with many optional side tasks or quests along the way. These significantly increase the depth of the experience and understanding of the nuances of the story, so they’re all highly suggested to complete. Also, don’t worry about getting lost or forgetting where you left off, as you can consult the diary from time to time for hints about where to go next, or stick with the typical objective list in your menu. Another optional feature highlights any interactable object nearby from 2 to 3 times the normal distance, which is excellent for the times you may happen to get stuck. These quality of life considerations all combine for a pretty fluid player experience.

Near the end of the story, a bit of drag sets in as flashback after flashback scene moves gameplay into some very minimally-interactive puppetry scenes, but it doesn’t last for too long overall. I’ve purposely kept a lot of the story’s finer details out of this review to avoid spoilers and protect the experience. I don’t think most players will be disappointed in how everything plays out if you enjoy any of the previously mentioned elements that come together here. 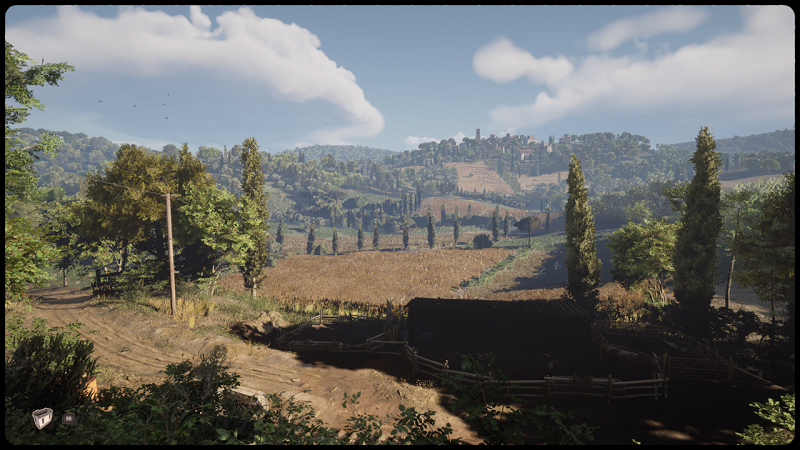 Moving on to the visual aspects of the game, Martha Is Dead is a visual feast in every aspect. Despite being made by an indie team with only a handful of people, the visuals easily reach AA levels of polish and detail. The Italian countryside is beautifully rendered from top to bottom, constantly showcasing insanely detailed textures. This is helped by very advanced lighting effects and raytracing (on newer consoles and high-end PC,) lending Martha is Dead a gorgeously-framed cinematic experience in every scene. Lots of classical art from the time period hangs on the walls and lies scattered around the game, frequently framing scenes that make the game itself feel like a moving piece of art.

The Xbox version LKA provided for our review contained a few light options for visual fidelity when played on the Series X, mostly choices between 1080p and 60fps or native 4K resolution at 30fps. Since this type of game doesn’t necessarily benefit from a higher framerate, 4K was a clear winner for me. It was the right choice, showcasing the beauty of the game without dampening the experience much since there’s very little action. LKA plans additional patches at launch which may provide even more options on the consoles. Even so, the review build ran solidly on both settings without any major glitches or visual issues. 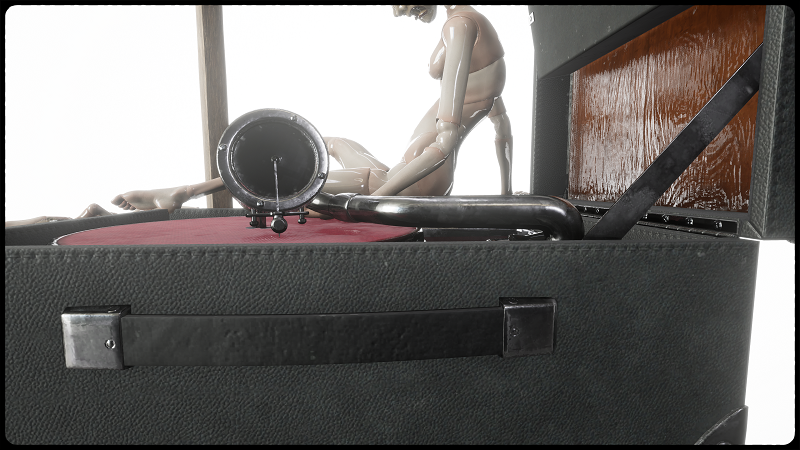 The sound design is pretty exceptional throughout the game. Enjoy terrifying and unsettling music during the scenes with more tension or horror, interspersed with the previously-mentioned radio broadcasts and music in the background. Foreground sound features very impactful sound effects, including several audio stingers that will make you jump out of your seat. The great audio dynamics coupled with some very effective use of controller vibration help several shocking scenes command your attention. As another point of immersion, the entire game is voiced in Italian with subtitles, and while the developers intend players to experience the story in its original Italian, English dubbing is available and well-done, even if not as authentic or engrossing as the Italian.

The controls are pretty standard fare for a first-person adventure game, with mostly standard movement and exploration and occasionally some camera adjustments or menu controls from time to time. Everything works surprisingly well using preset controller mapping for the console versions. Even the handful of chase scenes are easily managed without changing the controls; if players are jarred and uncomfortable in Martha is Dead, it is because of the challenging story, not wonky controls. 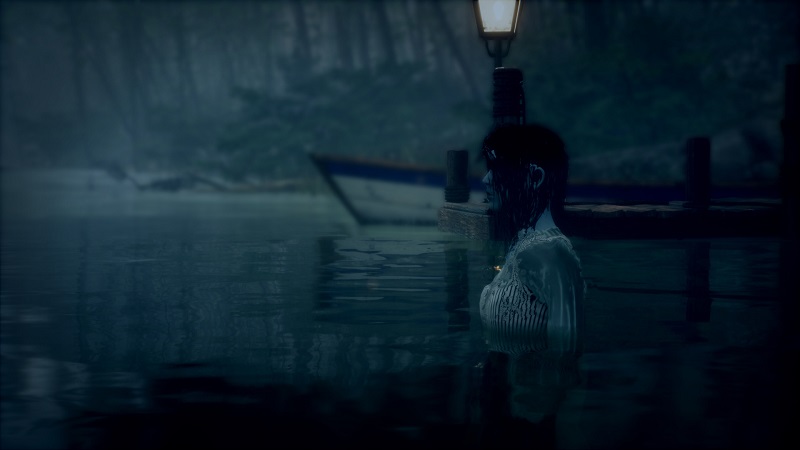 With so many great aspects, it is unfortunate that the gameplay really never does too much to stand above the rest in the crowded first-person adventure genre, even if it does change things up enough to keep it moving and avoid too much feeling of repetition. Thankfully, LKA’s adept storytelling keeps things compelling enough to see it through to the bitter end. While I can’t fault a game for largely doing what’s expected in the genre, it doesn’t get bonus points for pushing the gameplay somewhere wholly unique, even if the interactivity in some very intense and gruesome scenes pushes boundaries a little bit.

A standard playthrough will last most players around 5-7 hours. While there isn’t a lot of replay value (unless you skipped some of the side quests) it’s a satisfying journey to reach the end. This game stands out as a passion project by a small team of devs who wanted to tell a great story in an interactive format. 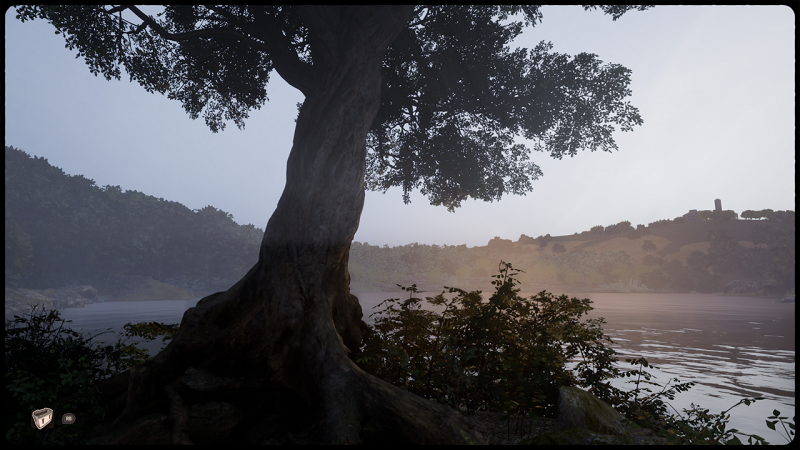 Overall, Martha Is Dead is a very solid and envelope-pushing adventure game. Players who enjoy keen storytelling with an eye for immersion and gothic horror will find themselves at home with Martha is Dead. Approach it with an understanding that horror is not always intense combat and endless jumpscares, then reap the rewards of a touching- and satisfying- story.

The developers have pushed the medium’s storytelling just a tad further, which always deserves commendation. With the obvious exception of players sensitive to the specific triggers in its subject matter, most people who value a skillfully-told dark story would do well to check this out, especially at a modest price point of $30 for the digital version.

A review code was provided for the Xbox platform by the publisher.