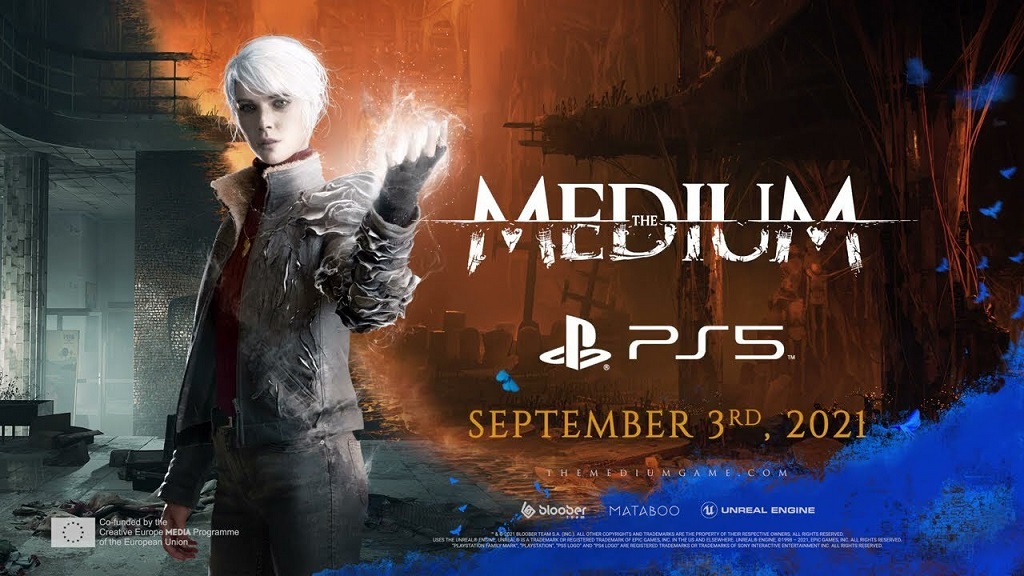 The Medium was a long-gestating and very personal project for Poland’s Bloober Team, with the origins of the project dating all the way back to 2012, when it was originally announced for the Xbox 360 and PS3. It was scrapped for almost a decade until console technology caught up to the ambitious ideas the team had for the game.

When it finally launched earlier this January for the PC and Xbox Series X/S, it was hard to know what to expect, since this was the first time Bloober had attempted a 3rd-person, fixed-camera horror game.

In addition to taking a classical approach to horror game design, the development team also enlisted the help of famed Silent Hill composer Akira Yamaoka and drew heavily from surrealist Polish art to help bring the aural and visual elements to life. It was hard to tell if all of these elements would come together into a finished and cohesive whole, but the final results were impressive. 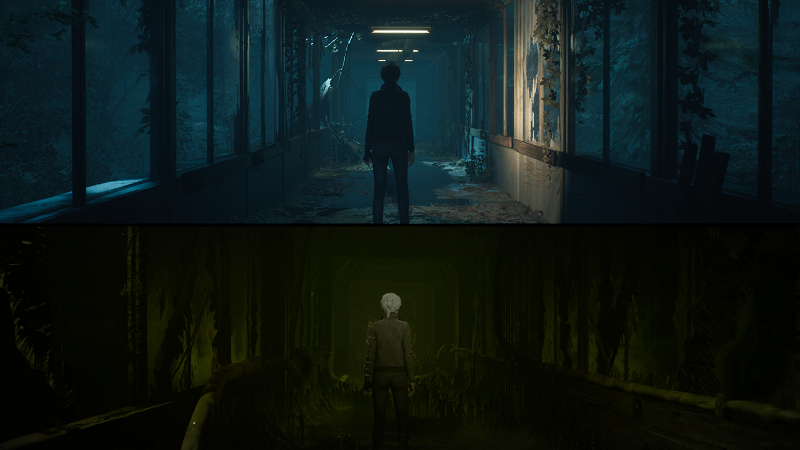 As is the case with any creative work, everything’s subjective and it’s impossible to please everyone. Video game fans in particular typically have a hard time tempering expectations for new games that seem relevant to their interests, and The Medium is no different, with many polarizing reactions from horror fans and non-horror fans alike. However, in general, it received pretty positive reviews from horror gamers around the world who weren’t focused on the unrealistic expectations for features that were never said to be a part of the game.

Many complained about the lack of combat in the game (even though it never advertised that feature in the first place), but most who let themselves get immersed in the story and world of The Medium came out the other side with great things to say, and most players found that it followed through on everything it originally promised to deliver. As for the game itself, it’s a heavily narrative-driven experience, so that’s a good place to start. 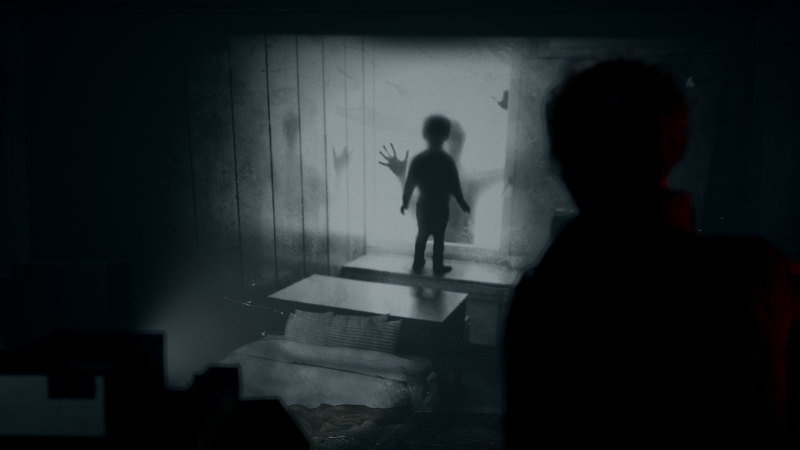 The story of The Medium is one that handles a lot of complex subject matter and has a lot of subtleties, and almost no hand-holding as far as story exposition. You need to investigate the clues and connect the dots yourself for much of the major story to make sense, and while this may turn many gamers off, it is a point of revelry for many of us who want a richer narrative experience to delve into.

The game tells a very dark and sad story about several individuals whose lives were intertwined through multiple generations of Poland’s history and weaves their experiences into a disturbing and satisfying narrative. It touches on several elements of post-World War II European history that most modern media does not touch, in ways that bring these personal stories to the forefront and represent the experiences of the people of Poland throughout this tumultuous time. It’s all mixed with a tiny touch of supernatural or fictional elements to weave a cohesive story, but the real, historical elements are there at the base of it all.

The story brings a strong and relatable human element to the lives of many people both young and old in a time when the country was under a strong rule of a dictatorship and when people were taught to fear and hate everyone around them in service of the regime. It also demonstrates how the horror of real-life human history sends shockwaves on through generations in the form of abuse or trauma, and manifests in people who were not even alive when the original events happened.

It delves deep into the annals of human behavior in some ways that turn a mirror to our current society. Marianne’s character stands as a reminder that even with the horrible shockwaves that run through our society of pain, torment, and hate, that one can still carry on with hope for a better future. 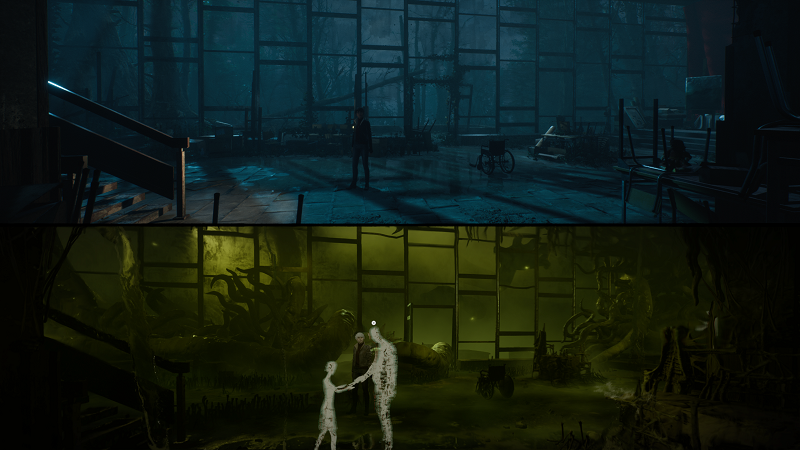 On the visual front, The Medium is one of the most stunning horror games ever produced, and I have no reservations about saying this. Most people I’ve talked to who played the game were constantly stopping to take screenshots and just revel in the world around, soaking in all the dark details.

The “dual-reality” gameplay element, which was marketed heavily for the game, surprisingly does not disappoint. There are dozens of entire segments of the game where both the real world and the spirit world are rendered simultaneously in a split-screen format. This is not only used to show off the beautiful worlds and the two versions of Marianne but also to solve many of the game’s puzzles in clever ways.

The PS5 version looks essentially identical to the Xbox Series X version and the framerate performance similarly stays solid throughout the whole game. Load times are also nearly identical between the two, using the power of the SSD memory technology to load complex assets and areas fairly quickly in between sections or after any deaths. 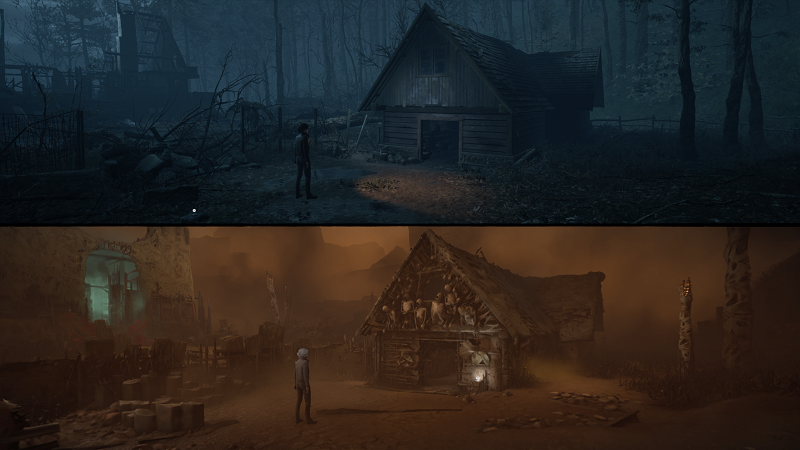 Despite there being no combat, traversal and exploration in the game always feel satisfying, encouraging players to find new areas, items, letters, and sights to see along the way. Your control over Marianne always feels smooth and responsive, making it simple to navigate and easily allowing you to become immersed in the world. It’s a little jarring at first to adjust to fixed camera angles in a modern game like this, but once you start seeing the breathtaking sights the game has to offer, you’ll understand why the developers made this decision.

While there is no “true” combat to speak of, there are several segments where you must use stealth to evade your enemy or even run for your life in several tension-filled chase scenes. The controls here are adequate for the job once you get the hang of them, and these sequences are meant to be tense, so every small movement can put you on edge here. 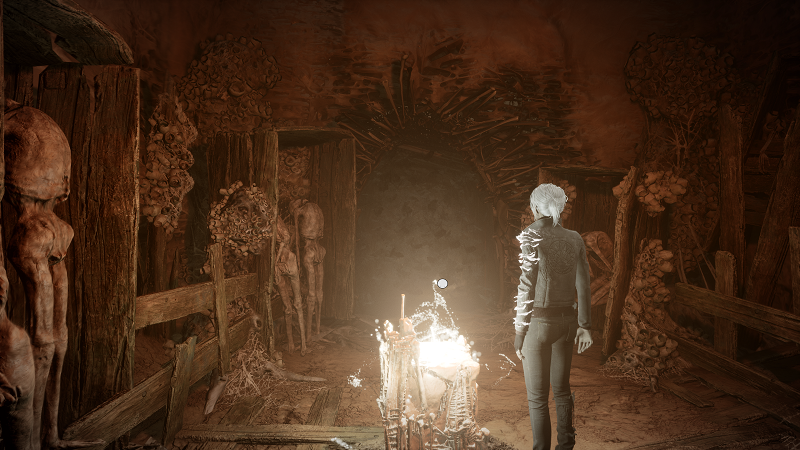 Speaking of controls, there are a few new control features on the PS5 version of the game and they mainly center around some motion controls and haptics of the DualSense controller. This new version has extra gyro/touchpad controls for controlling certain objects as well as adaptive trigger sensitivities for certain situations. On top of this, the game frequently uses the built-in audio speaker in the controller to convey various audio messages and voices from beyond. This is one of the nicer new features of the PS5 version, even if it’s a little gimmicky at times.

There are also some new light-based features, such as the colored LEDs on the DualSense which will change color or blink at different intensities as you play, depending on your situation. This is pretty neat if you happen to look down at your controller or see the lights through your peripheral vision while playing but ultimately won’t change the game itself.

The haptic controller vibration on the DualSense feels almost identical to the Xbox and PC versions, so there’s not a lot to say there. The vibration was handled very well in the original release and definitely helped to make the game more immersive, so there are no complaints there. Most of these DualSense control upgrades don’t drastically alter the experience much, though they can add a little extra fun for those who have already played the game on PC or Xbox. 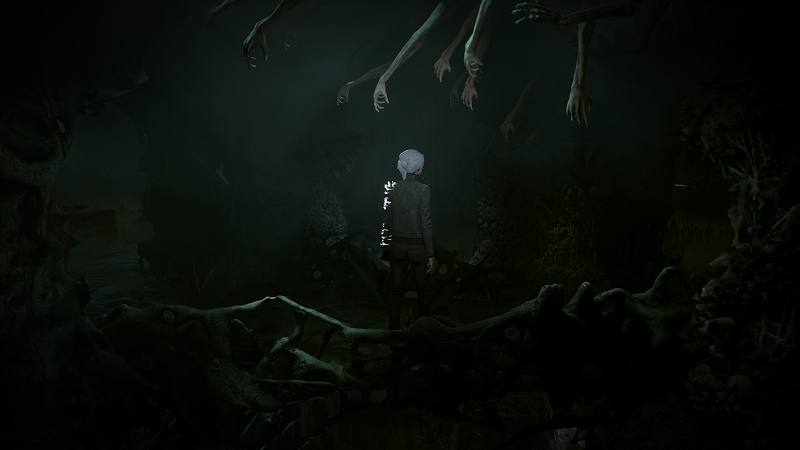 As for the audio elements of the game, this is easily Bloober’s best work yet. Their use of audio has been progressively getting more sophisticated with each game, and The Medium feels like a culmination of everything they’ve learned along the way.

Every character’s voice acting is top-notch and delivered with so much emotion it’ll truly color how you view most of the characters or entities involved with the story. You’ll hear Marianne’s voice the most, as she delivers narration and inner monologues, and she has a strong but vulnerable quality that’s refreshing to see in a modern game.

Other characters that you’ll hear from most are the young girl, Sadness, and the game’s main enemy, The Maw, both of whose performances are also excellent. The twisted vocalization of The Maw is some of the most effectively terrifying voice acting in horror gaming history without a doubt.

In general, the rest of the audio is also well-designed, with immersive ambient tracks in the background of many scenes and musical cues to ramp up the tension fit into all the right places. Yamaoka’s music is mixed together with music by Bloober Team’s composer Arkadiusz Reikowski, and the two complement each other well, lending the game with a carefully designed audio signature of its own. 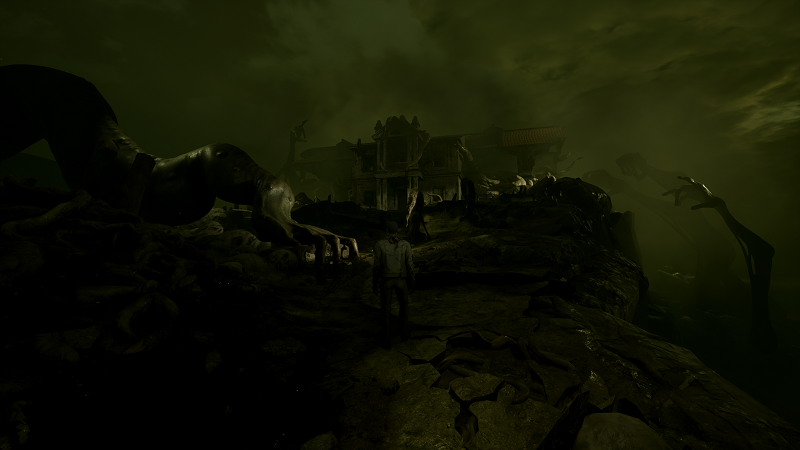 A first playthrough of the game will last most players around 7-10 hours, depending on how quickly puzzles are solved and exploration time. While there are some slower-paced scenes throughout, it’s hard to say they’re at fault, as the game is meant to be played at your own pace.

While there isn’t a lot of replay value, as there isn’t much post-game content to unlock, the game did make me want to go back and pick up any pieces of the story I may have missed along the way, as well as the achievements/trophies. 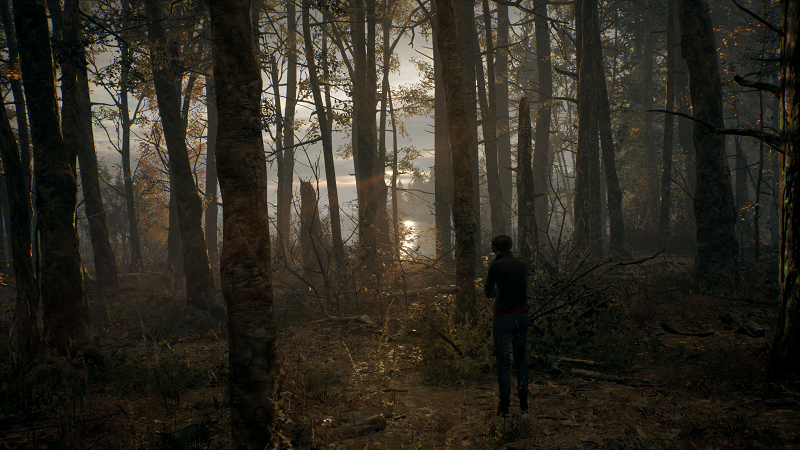 The Medium is still compelling after more than half a year after its original release and multiple playthroughs (this is my 4th playthrough). The gameplay and puzzles are simple, the settings are hauntingly beautiful, the story is immersive, the tension well-paced, and the sound design sells every bit of the world you inhabit.

Any PS5 owners who enjoy narrative-rich psychological horror games (read: not survival horror) would be doing themselves a favor by checking out The Medium and experiencing this dark and historical tale for themselves.