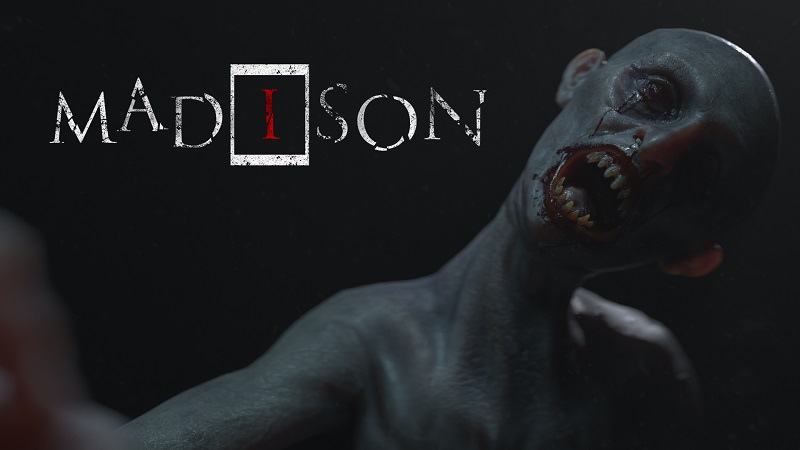 There’s something about analog technology that lends itself nicely to the horror genre. YouTube hits like The Mandela Catalogue and Marble Hornets have captured the creepy essence of broken VHS footage, and independent gaming studios like Chilla’s Art are able to show gaming through the lens of dead tech in an unsettling way. On that note, BLOODIOUS GAMES‘ MADiSON wears much of its analog influences on its sleeve, presented with more modern visuals for a blend of old and new.

Amidst cries and banging doors, Luca wakes up to discover something horrifying has taken place that he has no memory of. As he makes his way through the empty shell that was his grandfather’s home, he becomes enmeshed in a disturbing history that has befallen him and his family. Armed with a dinged Polaroid camera, Luca must battle his inner and outer demons, diving deeper into his past to uncover how the hauntings began, how they can be ended, and how much longer he has until his body becomes the possession of a hellish entity.

Longtime readers may recall that we actually did a review of MADiSON late last year. Back then, that was the beta, which the developer (who went by Nosebleed Games at the time) kindly sent to us. But even before that, an early demo made its mark on the indie horror scene, and fans have been eager to play the full game since. Much of what was said for the beta can still be retained in this instance, but we are pleased that we’ve now had the chance to get to grips with the final release. 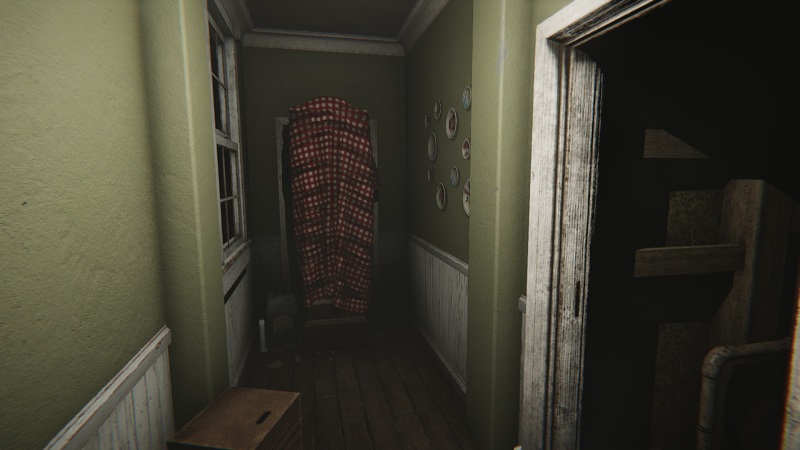 The immediate thing to note about the game is its visuals. Recently, the indie scene has taken a somewhat refreshing step back towards a more retro look. Titles such as Headware’s Chasing Static, and the work of the aforementioned Chilla’s Art, are just a couple of examples. However, MADiSON brings its horror to the fore through the use of its much more realistic aesthetic. The highly detailed environments of the home, and other locations, lend a certain air of authority. BLOODIOUS has crafted an interior that, through intricate set design, feels like a family place that has seen generations of livelihood and activity.

Lighting also plays an important part in drumming up the ambiance. It sounds obvious when talking about horror, but the deft use of shadows and darkness goes a long way. Blackness bleeds into certain areas in a way that can disorientate, but without turning things into a confusing mess. There are also instances that trick the mind: “is that a shadow? Or something else?” Essentially, the studio’s decision to give credence to more believable visuals adds heft to the experience, pulling the player into this unnerving setting. Even the well-lit rooms feel oppressive.

Of course, good audio also needs to be employed to complete things. Fortunately, BLOODIOUS is able to dole this out to compliment the visuals. A foreboding hum accompanies Luca throughout his trek through the home, as though a moment of silence is not permitted. The game insists that headphones be worn during play to fully appreciate the directional sound that’s been put in. Much of what can be heard is the seemingly random atmospheric clangs, slams, knocks, and general thunks that act as a sort of heartbeat for the home. 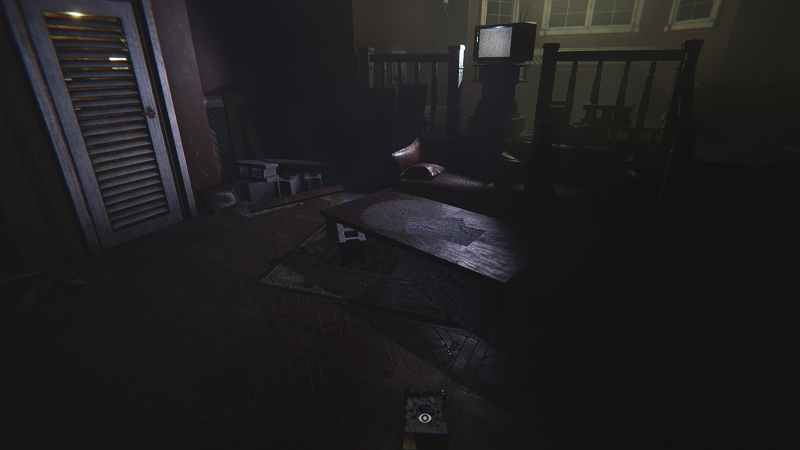 Initially, they begin as a way to keep the player on their toes. A door slamming in the distance, or an item crashing in another room, could well represent the presence of another being. However, after a good while of this, it becomes apparent that these are just sounds. They work as an accompaniment, attacking the ear before a personal thought can set in, but they very quickly lose that fear element that’s likely the reason for them being there. More often than not, they’re background noises. Sometimes, though, they can relate to something more, but they’re generally there to break up the silence.

As far as gameplay goes, it functions in much the same way as any first-person horror experience. Luca’s motions and footsteps feel weighty, which suggests purpose, but often feels more like he’s bumbling about. There is an infinite run feature, but it’s more akin to a light (or heavy) jog, and while it’s nice to be able to go from room to room much quicker without having to stop to regain stamina, the constant breathlessness of Luca after a while does give cause to stop for a bit.

When playing on the easy setting, the game gives contextual pointers to let the player know exactly what Luca can interact with. This is invaluable, as MADiSON is not just a “haunted house” with impressive visuals. It’s a puzzle game. The Polaroid camera serves as a means of progression, becoming a sort of window into alternate realities, and it can take a while to get used to the idea of taking pictures at various places in order to move on. But the puzzles themselves… 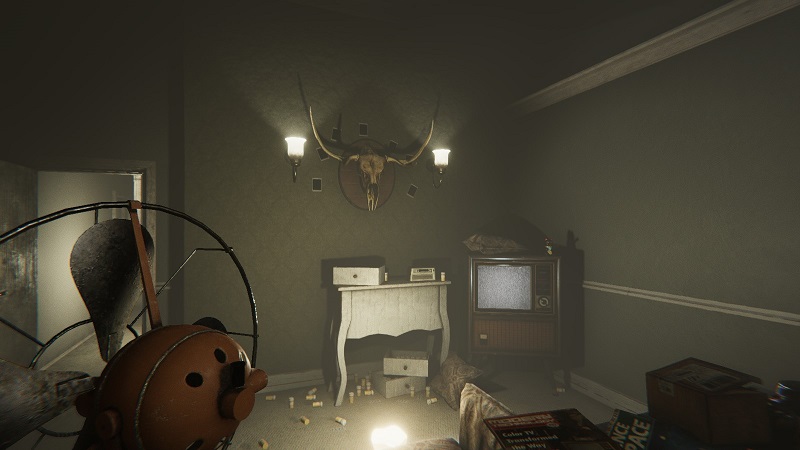 Hey, who remembers Visage? That, too, was a frighteningly detailed horror game that took the concept of what should be a loving home and gave it a scary tyrannical nature. Remember the puzzles as well? There were definitely some head-scratchers among the bunch, which left a lot of players more than a little perplexed. As beloved as it was, there was a slight sense of annoyance at how difficult some areas were to get through. For anyone who was frustrated with Visage, for this reason, it’s entirely possible you’ll get the same feeling from MADiSON.

The ones that are easier to solve may still take a little bit of thinking time to truly work out what needs to be done. These challenging puzzles are par for the course and there is definitely a satisfying end result to them. However, there are a couple that absolutely stop the game’s pacing in its tracks. Things stop on a dime as it becomes an almost tormented test of perseverance to discover the answer to a particular puzzle.

One such example I was only able to solve by pure chance, to the point where, prior to doing so, I very nearly gave up finishing the game and would have had to write this review with my tail between my legs. I know that it was blind luck that I was able to do it because I went back over an old save to see if I could work out the solution. Unfortunately, I still have no idea how I did it so that one will forever remain a mystery to me. 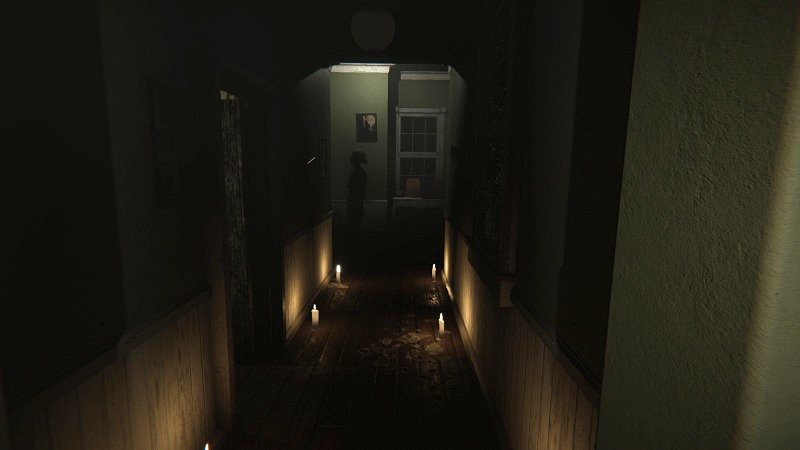 Naturally, the one thing that should be a point of discussion for a game like this is whether or not it’s scary. There’s an overall darkness to the whole experience, captured quite nicely by Luca’s inner thoughts which voice his every petrified concern, and it borders on gloom. There is genuine tension throughout the game, with a number of jump scares thrown into the mix and a general blend of uncertainty that makes for good horror.

Much of it is simply shadows leaping out, complete with a noisy stinger to really get the point across. These work in their places, but it’s easy to become complacent when it’s clear that nothing is actually attacking. However, there are some genuine threats later on in the game that anyone playing will become aware of, and this is when it takes a more sinister turn, as it becomes apparent that Luca is not ever truly safe.

Generally, MADiSON will please a lot of people who enjoy a modern horror that keeps the typical tropes of the genre in place while adding its own flavor. It’s obvious that BLOODIOUS GAMES wanted to insert notable themes to go with the scares. The use of a camera and mentions of the loss of eyesight as part of the story are an obvious nod to vision as a means of portraying horror. 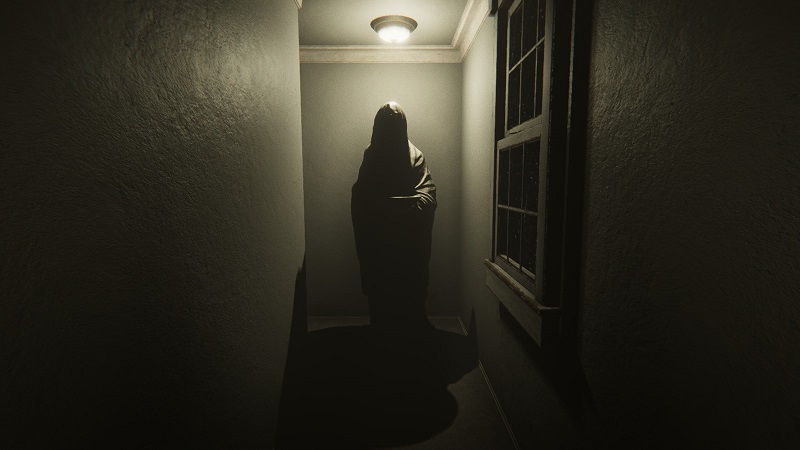 The camera itself is rather ancient, and with audio recordings played through cassette tapes, and gramophones scattered throughout the home, this anchors the idea of analog technology being the linchpin of terror that is becoming so familiar in gaming these days. There’s also the notion of time, signified by the inclusion of a number of cuckoo clocks that play into the narrative. These all suggest otherworldly, an era that’s gone by in much the same way that Luca’s grandfather has also become obsolete in the modern age.

It is an absolute shame that some of the puzzles were so obtuse as to almost end gameplay prematurely. What MADiSON does well is present an unbelievably oppressive horror experience, especially as Luca struggles to keep the demons at bay, all told through the narrative of mystery. It blends together the horrifying events of a deeply disturbing past in a well-crafted game that looks great, sounds intense, knows when to dole out the fears, and has some interesting themes worthy of deeper analysis. But again, those puzzles…

A review code for MADiSON was provided by the publisher.