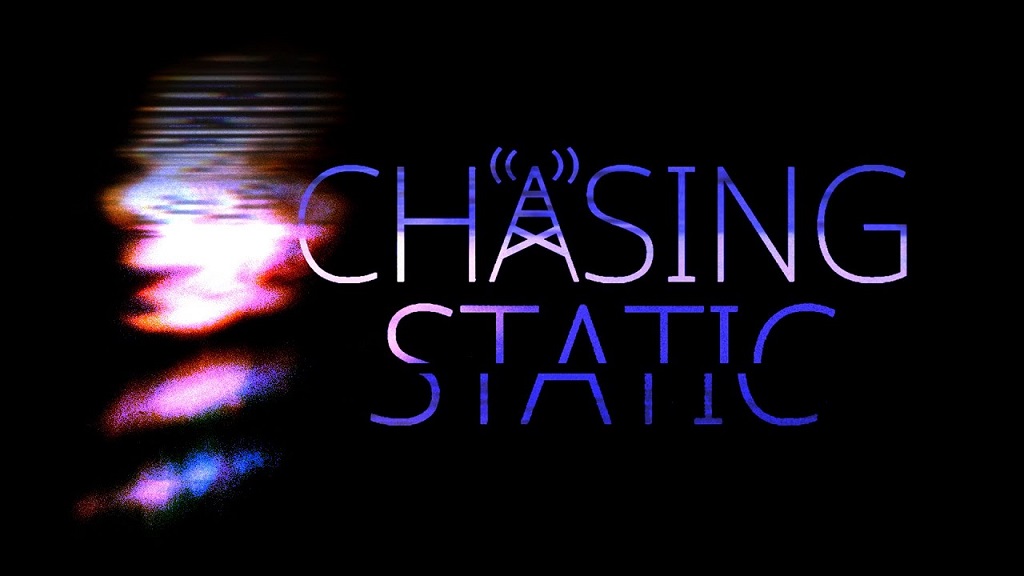 In the last several years, the horror gaming industry has seen a bit of a resurgence from the indie sphere. Many of these titles have been taking the route of using a low-poly PlayStation 1 aesthetic that calls back to the early survival horror games of the late 1990s era.

One such game that’s been getting a lot of buzz lately is Chasing Static, from a UK-based solo developer Nathan Hamley and his studio named Headware Games. They’ve promised to have a feel that harkens back to those early PS1 days of survival horror and pays homage to the era while bringing in some newer elements of horror or storytelling. 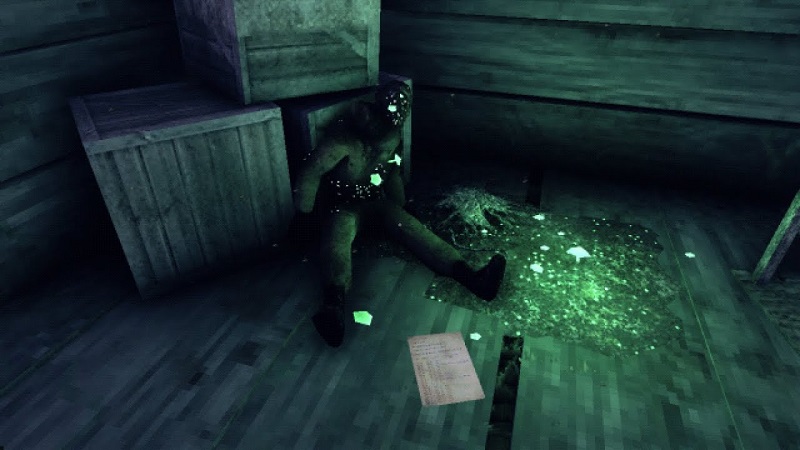 Chasing Static is a first-person horror adventure that is mostly story-driven and doesn’t really have any combat to speak of, making it mostly an investigative mystery about finding the source of some strange radio signals that contain messages or entities within them.

The player starts out as Chris, who is driving home from the English countryside after his father’s funeral and is soon thrust into a rural forest where strange happenings and remnants of past events start appearing. 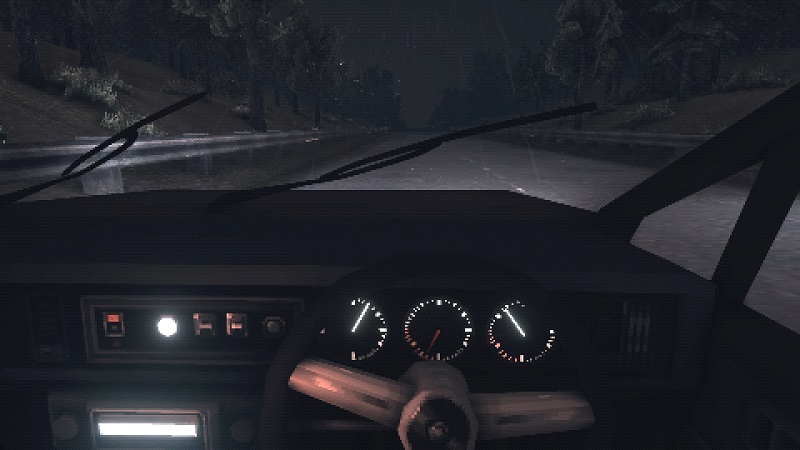 The game soon introduces one of its main mechanics, after you pick up a radio device with a directional microphone that allows you to tune into the various signals to discover various memories that people had recently experienced in the area. This allows you to start piecing together the story and uncovering the mystery of the signals.

While some of the signals/memories you’ll pick up are merely story-related, most of them also lead you to a new clue or item that you’ll need to use to progress to the next area or key item. The game does a good idea of pointing you in the right direction with a handy message that appears on the screen when you enter an area where you’re still missing a key item, letting you know you have more to uncover in that particular area. 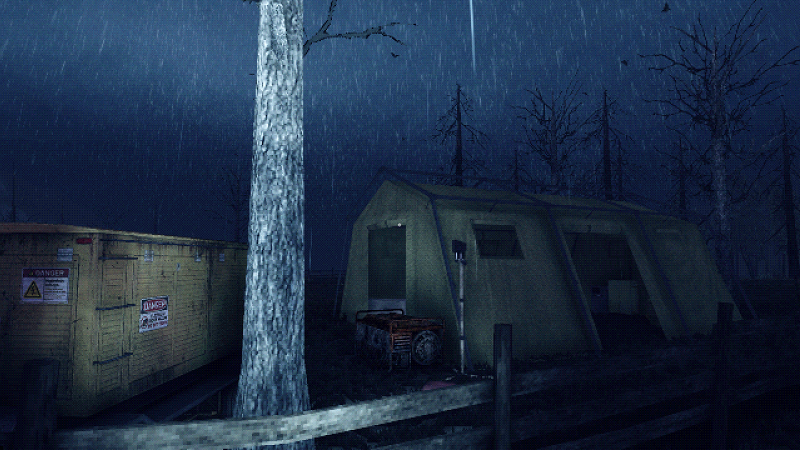 The story has several twists and turns throughout, and it’s compelling enough to keep the motivation for progress going, but doesn’t feel particularly satisfying overall. Most progressions don’t really unlock any story motivation that helps you understand the bigger mystery overall until pretty close to the end, so most of the other progression points just feel like fairly typical video game busy work in some ways.

The game’s detection of triggering certain memory sequences can also be a bit finicky and require you to stand in a very specific spot and face a specific direction before it will activate the sequence you need to see. This is only a minor hindrance and could be fixed in the future, but it just caused a little extra frustration at a few points. 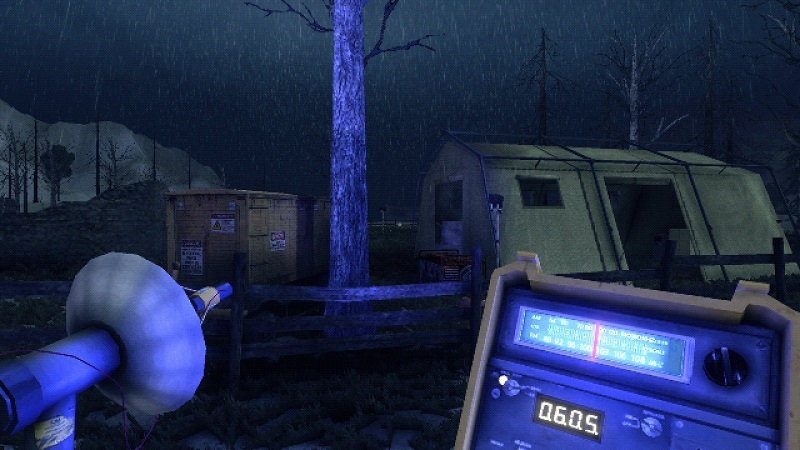 While Chasing Static does attempt to pay homage to the late 90s era of horror games, there wasn’t really too much evidence of it outside of the visuals. There was a background song or two that had a slight Silent Hill vibe to them, but there wasn’t a whole lot past that. Not that these kinds of references would make a game great on their own, it’s just a little misleading if you think you’ll be running into scenarios that remind you of the PS1-era greats.

The technical performance is very solid on PC, as one would expect since it’s not pushing a lot of polygons or advanced lighting effects, but it even goes a little further to include many different framerate settings with each resolution. This gives it a little bit more of an authentic 1990s feel by turning down the framerate to 30 or less, instead of being at 60+ frames per second, which would almost never happen with 3D games of that era, and it’s a nice touch. 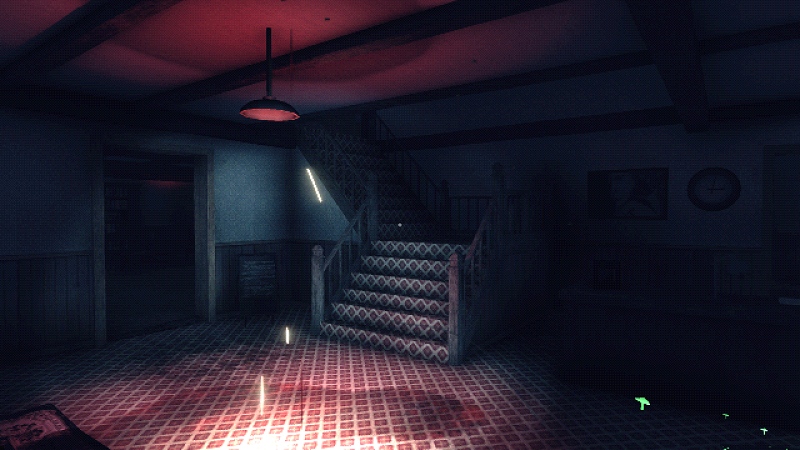 The controls are very standard for what they are, as the game doesn’t have any complex mechanics that would require anything besides to look, move, and interact with objects, so there isn’t a lot to talk about here.

It’s a short little game, coming in at somewhere between 2-4 hours depending on how stumped you might get on some of the game’s progression points, and while this is longer than most of the PS1-inspired mood pieces released nowadays, it’s not terribly long overall. Though most of the puzzles and progression are very simple, finding a few of your next keys to progress might be slightly obtuse at times due to the audio-seeking mechanics. 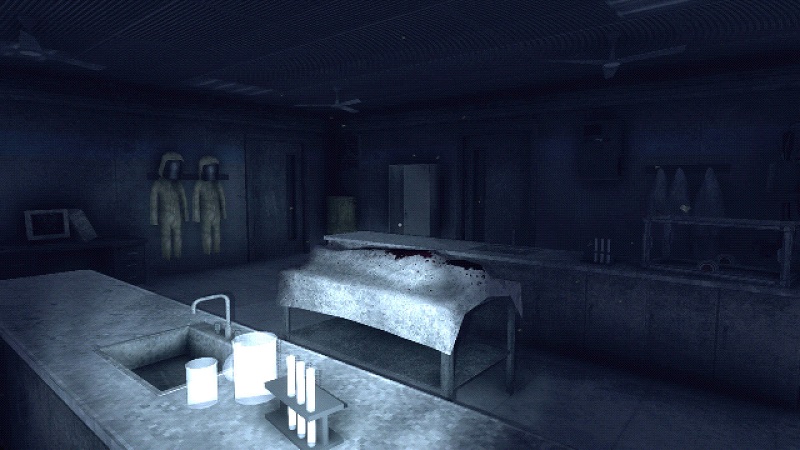 Unfortunately, even though it’s a decently well-crafted experience, Chasing Static doesn’t really do much to stand out among the crowd of PS1-inspired horror titles that are currently on the market. Everything feels “just good enough” for the most part, though its very low price tag makes it not such a hard pill to swallow if you’re just really a fan of the aesthetics.

PS1 aesthetic fans will find a fun mood piece experience here, most others will likely feel underwhelmed by the shortcomings and averageness of what the game has to offer, compared to its peers.