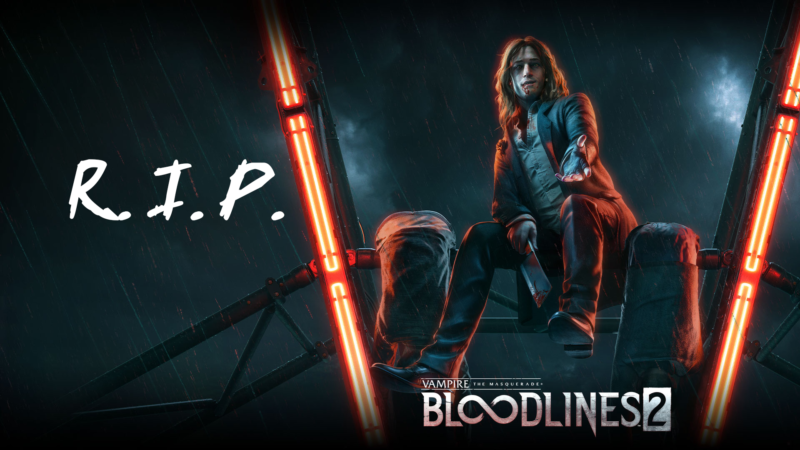 In an update posted to their Discord server and their website (which is currently crashed at the time of this writing), the PR team behind Vampire: The Masquerade — Bloodlines 2 has revealed that it has effectively been canceled. Dale Emasiri, Lead Community Developer for IP owner Paradox Entertainment, posted on their Discord tonight:

As you have noticed, we’ve been keeping pretty quiet for a while. With this in mind, the first piece of news we have for you is to confirm that Bloodlines 2 is still in development.

Secondly, we have made the hard decision that Hardsuit Labs will no longer be leading the development of Bloodlines 2 – which also means that we will not be releasing in 2021 as previously planned. Since we cannot at this time communicate a new release date, we’ve also decided to stop accepting pre-orders for the time being.

This game is very important to us and it has been an ambitious project from the very start. In order to meet our goals for it, we’ve come to the conclusion that a change is needed and, as a result, more development time is required.

We’d like to take this opportunity to honor Hardsuit Labs for their efforts and thank them for their hard work on the project. The studio has done a tremendous job in laying the foundations for the game and we hope that you, the community, will also appreciate their contribution to Bloodlines 2.

We’re thankful for your continuous support throughout the game’s development. We understand how important this is to you, and we’d love to share more with you. As soon as we can, we’ll let you know what the future development team of Bloodlines 2 will look like.

Shocked is hardly the word to describe the reaction from fans, as Bloodlines 2 (which did suffer expected delays) appeared to be a game well on track based on gameplay footage shown previously, along with the massive roadmap of content that had been promised. This news follows up on a myriad of losses for Bloodlines 2, after the head writer and creative director being (according to them very “suddenly”) fired last August, and then the lead narrative designer leaving in October. The situation here is a bit different, however, as losing key staff is hardly on the same scale as the entire developer leaving the project. In theory, this means that work on Bloodlines 2 could be starting over completely from scratch, and the fact that they have yet to name a successor developer to Hardsuit means that it could be a while before we have any inkling of when we’ll see the game again. It’s worth noting that at the time of writing, Hardsuit has yet to issue their own statement regarding this and none of their social media nor their website have been updated to reflect their departure.

While I’m deeply disappointed to learn of this indefinite delay (which, from the looks of things, most likely means total cancelation), I’m also in a way unsurprised. Paradox’s handling of the World of Darkness brand in games has been, to put it bluntly, insincere and sloppy. The World of Darkness has already had four video game releases in the past year, with three Vampire: The Masquerade text adventures (two of which had stunning artwork but soulless stories and poor gameplay) and last month’s Werewolf: The Apocalypse — Earthblood, which sucked. I can only wonder what is going on behind the scenes at Paradox to have lead several developers to more or less the same results, with Bloodlines 2 now having completely come apart.

We hope that Hardsuit Labs haven’t taken any sort of substantial loss on this apparently doomed project, and will be able to bounce back with a similarly scaled title soon. As for Bloodlines 2 itself… we expect nothing. At least not anytime soon.

Update: It should be noted that, despite Paradox mentioning that they will no longer be accepting pre-orders, pre-orders are still available on Steam and GOG at this time.

Update 2: The pre-orders have been removed, but only after fans pointed this out to the official Bloodlines 2 Twitter. 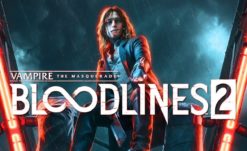 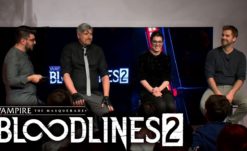 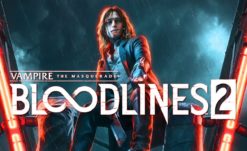