Rumor: Resident Evil 8 Village's PS5 Version "A Hurdle" For Development, PS4/XB1 May Still Be On - Rely on Horror 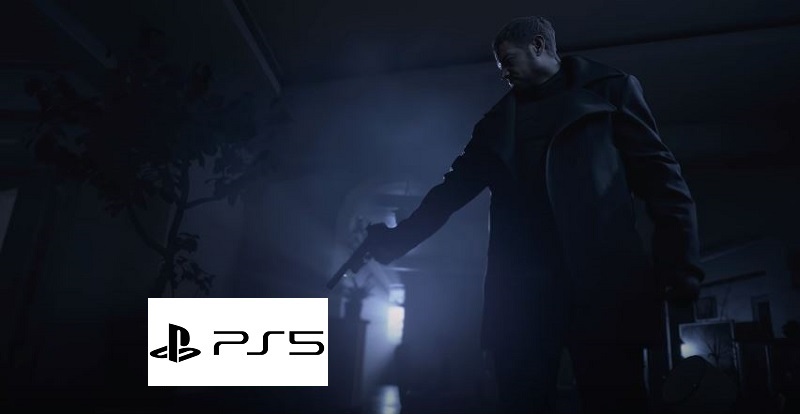 Remember when we ran the post about the PS4 and Xbox One versions of Resident Evil 8 Village reportedly being scrapped early in development a few months ago? It seems there may be a lot more changes happening behind the scenes of the game’s development, and they may not be positive changes if the reports are true.

Veteran insider and “leaker” for the Resident Evil series with a nearly impeccable track record, DuskGolem (aka AestheticGamer), has recently tweeted a series of updates about the development of Resident Evil 8 and it’s not exactly good news.

He states that even after the PS4 and Xbox One versions have been shelved to help optimize and possibly speed up the development of the game by focusing on next-gen hardware, which has led to some strides and progress in many key areas of the development, there’s one version, in particular, that’s proving difficult to get working on-par with the other versions being developed. He reports that the PS5 version of the game is struggling to keep up with several experimental upgrades and improvements they’ve tried to implement recently, even while these features have worked perfectly on the Xbox Series X and PC versions of the game.

He had also stated previously that Capcom (and other devs,) had already encountered some issues with the PS5 development earlier in the cycle, related to the PS5 hardware often struggling to reach true 4K visuals, which is a feature they wanted to focus on achieving with this title. It seems this setback of getting the game running in a satisfactory way across platforms may also cause the game to be delayed much further from its original target date, which was reported as January of 2021, since they have a paid marketing deal with Sony for the game, and therefore a staggered release date for PS5 is probably out of the question.

He states that amidst these issues, Capcom has still not completely ruled out the possibility of continuing development on the PS4 and Xbox One versions and has been sending questionnaires to their playtesters to get their opinion on the performance between versions and if they feel it’s still worth pursuing the current-gen versions to target a wider audience at the cost of a possible impact on the quality of the experience. DuskGolem reiterated that this was absolutely not just “console warrior” fodder, but rather actual reports and concerns he has been receiving from his contacts at Capcom.

As always, these kinds of rumors should be taken with a grain of salt, but it may spell out some upcoming changes for RE8, including possible delays and scrapping/downgrading of some ideas from their original design goals with the game. Capcom has not commented on any of these rumors or made any announcements regarding these concerns, so we’ll have to wait to see if those ever reach the public.

Has Sony aimed too low in their hardware specs for their next-gen console, if developers are already reporting bottlenecks in performance compared to its peers? Or is Capcom just being too ambitious with this project? Only time will tell the answers to these questions. We may get some more answers in the upcoming months as development continues, so keep your eyes out for more updates about this.

Resident Evil 8 is still set for a general “2021” release window, but we may find out some more details or updates later this month at Tokyo Game Show, as Capcom has previously stated the game will appear there as well.

You can read DuskGolem’s actual tweet stream below, and share your thoughts in the comments, as we eagerly await more updates on Resident Evil 8 and a potential updated release window in the near future.

I get that, but the thing THIS IS NOT FUCKING CONSOLE WARRIOR BULLSHIT, it’s literally the situation with RE8. I’m just gonna’ lay it straight: the PS5 of RE8 is struggling & causing issues in development.

It’s an actual hurdle at the moment. https://t.co/hOL2yL1JOX

(1/6) Okay, so I have a really complicated explanation. I’ve resisted talking about it, but with the new showing I think I can talk about this a bit more.
RE8 was playable from start to finish over a year ago, as I’ve shared before in 2019 there was another game that was RE8, but https://t.co/gzMo1i1reR

(2/6) that game was years off, & this game was received INSANELY well both internally & with testers, so this became RE8 again & got additional time for polish, to update the graphics, etc.

(3/6) release date. Hell, I even know a number of the Ambassador tests they did, peeps were playing RE8 on a PS4 Pro.

But Capcom have been…Weird with RE8. Not even bad, but weird. How I best understand it is the loading speeds of next-gen consoles became desirable for the game

(4/6) because there was some ideas for reality warping & cool hallucination ideas they originally had to cut because last-gen loading didn’t really make it work well, but with next-gen on the table with faster loading it was possible. So they focused their efforts on next-gen

(5/7) & also allowed them to do a lot more with shadows, graphical effects, higher character models, etc.

But I’ve heard more recently they’ve been second-guessing that a bit. They’re debating that choice. And I know this won’t make sense to everyone outside-in, but the PS5 ver.

(6/7) of RE8 is actually having a lot of problems. The next-gen improvements they’re making work fine in the PC & Xbox X versions, but are really affecting the PS5 version. They’re debating to step down on the affects & features, trying to figure out what’s going on here, & with

(7/7) these hiccups & thinking of sales debating if they should go all-in on Next-Gen for the benefits it brings to the game, or cut back to make more widely available, they’ve even been giving some questionnaires to testers including asking about the next-gen or cross-gen focus. 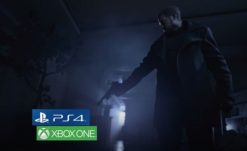