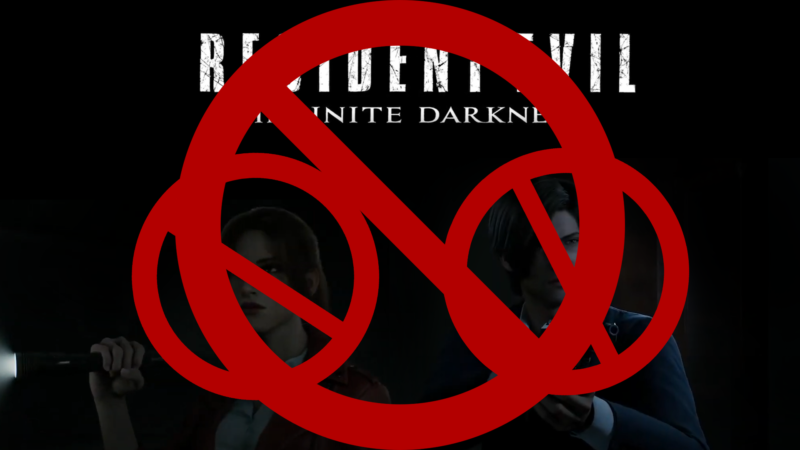 UPDATE: There it is. Resident Evil: Infinite Darkness has officially been revealed as a Netflix series, not a film. Check out the full reveal.

UPDATE: Whoops! Looks like this was revealed a smidge too early. No wonder it was only posted to the Portugal Netflix account and nowhere else. Looks like it’s probably part of Capcom’s Resident Evil TGS showcase tomorrow, but someone over in the PR team for Netflix got a bit confused on the dates. The original Tweet has been deleted, and we won’t rehost the trailer here until there’s an official announcement (which will presumably contain more information than just the few seconds in the teaser).

Original story: W-wow okay, that came out of nowhere. While we’ve been stressing out about the (very very terrible sounding) Netflix original series based on the Resident Evil franchise, and keeping up to date on the film reboot, we hadn’t really been thinking about the possibility of another animated film. I’m not sure why I’d forgotten that we’d probably be getting a new one, as an animated film has accompanied the release of the last three numbered games. Resident Evil: Infinite Darkness has been revealed via Netflix Portugal’s Twitter account, and seems to be promising a return to scares.   the teaser has since been deleted, we’ll update this post again when the official reveal happens.

Resident Evil: Infinite Darkness marks the return and reuniting of Resident Evil 2 heroes Leon and Claire Redfield, bringing the animated film franchise full circle. While Leon has appeared in all four films now, this is Claire’s first time back in the saddle since the animated franchise’ debut film, Degeneration, all the way back in 2009. We can’t glean much from this teaser beyond their return and zombies (again), it’s still cool to see the characters paired up again. I’ll be curious to see if Leon and Claire will be played by returning voice performers, or if they’ll be lead by their current voices. Claire was portrayed by Alyson Court in Degeneration, although at the time Court had been the only actress to play the character, and Leon was Paul Mercier (from Resident Evil 4 and The Darkside Chronicles), but in both sequels (Damnation and Vendetta), Leon was voiced by Matt Mercer (who was Leon in Resident Evil 6).

At the moment, the most recent performers for the characters are Nick Apostolides and Stephanie Panisello in 2019’s Resident Evil 2 Remake, and while I liked both of their performances, I’m not sure they’d be a good fit for how miserable and gloomy both characters have become by this point in time. Of course, nothing stops them from setting the film during an earlier point in the franchise and seeing as how both characters actually look pretty young here (especially Claire), there’s a chance this movie predates the modern era. Then again, they are video game characters and despite now being in their 40s they all still look about 25 at any given moment.

For the moment we don’t have any more information; literally, we don’t even know if the film will be exclusive to Netflix all around the world or if its just a release deal with Netflix Portugal (Netflix sometimes has exclusive distribution rights in some countries but not others). Seeing as the trailer has yet to appear on the North American Netflix account, or even on YouTube on its own (which is why my header image looks so wonky, the video I have to work with is very grainy) that seems likely. Capcom hasn’t sent out any sort of press release, so we just have no way of knowing any more than what’s in this teaser.

We’ll keep you updated, for now, all we can do is cross our fingers and hope it isn’t a complete trainwreck like Resident Evil: Vendetta was…