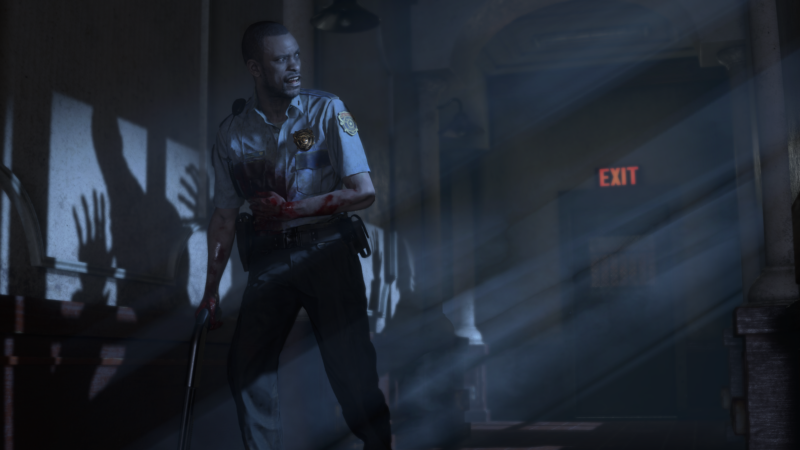 UPDATE (11/14): The Achievement in question was updated at some point after this article was posted, and what changed seems to only solidify it as being something real and not a mistake. Previously, the Achievement’s image was a hastily scribbled Kanji character meaning “Temporary”, but today the image has been altered to appear in English. The new image now reads “Unlock”, which indicates that this is obviously still only a placeholder, but it says a lot more than that in between the lines — if the achievement had been a mistake, then there’s no reason to update it even further rather than removing it. Something new is coming to REmake 2, friends. There’s an Inside Xbox stream later today… what are the odds of something being revealed there…?

REmake 2, the critically acclaimed remake, has been oddly quiet since its release earlier this year. While it almost immediately received a handful of free DLCs (The Ghost Survivors and the 1998 model skins for Leon and Claire), we were kinda… I dunno, expecting just a little bit more from it. The majority of Resident Evil titles have had quite a bit of DLC spanning the year or so after its launch (RE5, RE6, RE7, and Revelations 2 all had DLC releasing within and up to a year after launch). While The Ghost Survivors had been a blast, many fans had hoped for more involved additions — most notably fan outcry for a Marvin chapter set between Outbreak File #2 and REmake 2, as well as an adaption of the Umbrella Chronicles chapter At Death’s Door. Well, we just might be getting our wish to some degree, as a recent update to REmake 2 on steam has added an all-new hidden achievement, which was not part of the base game or Ghost Survivors DLC.

Translated as “Tentative”, odds are good that this is merely a placeholder for an achievement (or achievements) that will be added at some later date. This isn’t anything new, placeholder achievements are occasionally uploaded early in order to make it easier to integrate closer to when whatever they’re for actually releases (and can be helpful at hiding what they’re for, as they can often end up spoiling massive parts of the game). This update also comes with the reveal of an official price cut for the CERO Z version of REmake 2 in Japan, as well as the USK 18 version in Germany — and it’s worth noting that the CERO Z version has also had this secret achievement added in as well. It’s very possible that new DLC is going to be released alongside this new price cut as an incentive to get new players on board, the same way that RE5 and RE7 released a “Gold Edition” that included all of the paid DLC. I’ll be curious to know when/if we’ll be seeing this possible DLC revealed, as Capcom reveals new games and content at pretty much every event. Capcom has had some sort of Monster Hunter World presence at almost every gaming show over the last year, and Project REsistance was shown off at TGS as well (although it was revealed officially just beforehand). The only notable gaming events coming up are several award shows and ceremonies, with The Game Awards being the most likely suspect due to its massive push on reveals and announcements (having previously revealed games such as Bayonetta 3, Mortal Kombat 11, and Dragon Age 4).

We’ll keep you posted as more information comes out if it comes out. There’s no telling what this content could be for now, but hopefully, it’ll be something worth looking forward to.