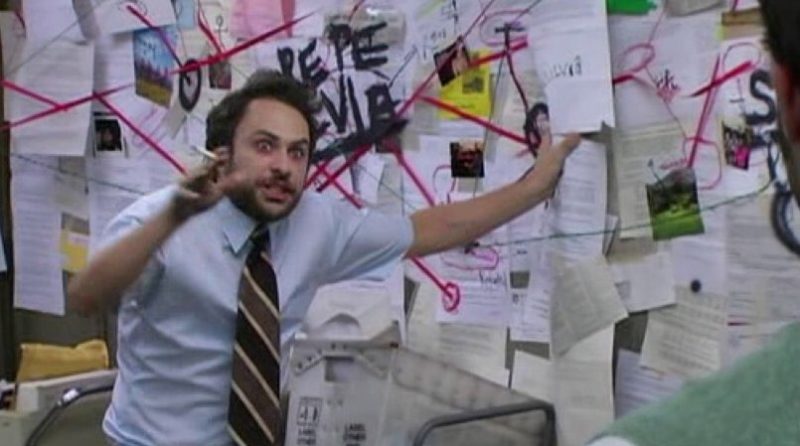 Now before we begin, please don’t get too excited. This probably doesn’t mean anything.

So Hideki Kamiya visited Capcom last week. Or was at least across the street from their building and took a picture of it.  He’s gotten some publicity lately due to how vocal he’s been with fans tweeting at him about the upcoming Resident Evil 2 Remake, which he isn’t working on. Now that he’s visited Capcom, it’s caused lots of fans to start questioning if maybe he could be contributing something – but the answer is pretty clearly no. Capcom probably wouldn’t be okay with him calling fans “camera whiner idiots” if he was directly involved, and on top of that Kamiya has been very clear that he would never work on the project either. Odds are pretty good that he was just visiting to say hi to his old friends who are working on the project, or perhaps he was invited to give his thoughts on what they’ve finished so far. Game Rant suggests he might have also been visiting to work with Capcom in an official capacity as Platinum Games, and that they could be working together on something unannounced, which actually fits with his previous sentiments – no remake, but he’s open to working with Capcom on something else.

Worth remembering that Kamiya worked on a lot more than just Resident Evil 2 with Capcom. First of all, he was the director of the original Devil May Cry, and Capcom is rumored to be working on Devil May Cry 5. He also directed Okami and Viewtiful Joe, but DMC is the one that stands out to me here, largely because of what Kamiya is up to now.

Yeah, that’s Shinji Mikami, who you all should know as the creator of Resident Evil, Dino Crisis, and The Evil Within. He was also a producer on games like Ace Attorney and Shadows of the Damned. He’s also the reason Devil May Cry exists, pretty much, as he asked Kamiya to direct Resident Evil 4… but the action focused combo-driven project he came back with was just a bit too much for the series. Resident Evil 4 switched directors over to Mikami, and the project Kamiya was rebranded to something entirely new, Devil May Cry. So… could it be possible that the two of them met with Capcom (as Platinum Games, a studio Mikami helped form) to work on something like Devil May Cry 5 (while rumors have suggested that the game is nearly complete, they are just rumors). Although there’s also the chance that it could be something even more exciting, and less “in production”… considering that Shinji Mikami said that he “might” be open to directing Resident Evil 8. Could it be possible that could actually happen? Mikami directing, Kamiya producing or something? Well…

Again, the strongest and most realistic possibility is that, honestly, this was all just a big coincidence. Kamiya could’ve been visiting Capcom to say hi, felt nostalgic, and got together with Mikami for lunch a week later. There’s no evidence Mikami went to Capcom at all. Hell, there’s no evidence Kamiya visited Capcom either, he didn’t say anything with his picture and it could’ve just been a photo for fun. Like I said at the start – don’t get too excited. It’s fun to speculate and to even sort of “fantasy draft” our favorite creators in roles for upcoming or unannounced projects, but at the moment this doesn’t have much going on that we can really pin our hopes on. Although there was a rumor a few weeks back that Mikami and Kamiya were working on Resident Evil 2 Remake… nah, that’s nuts. Although we still don’t know who is directing REmake 2, and Kamiya has said that his “friend” was… gah. Wait… Kamiya is wearing the exact same hat and shades in both pictures? Or maybe he only owns one hat and one pair of shades.

Just show us the game Capcom I feel like I’m loosing my mind at this point.