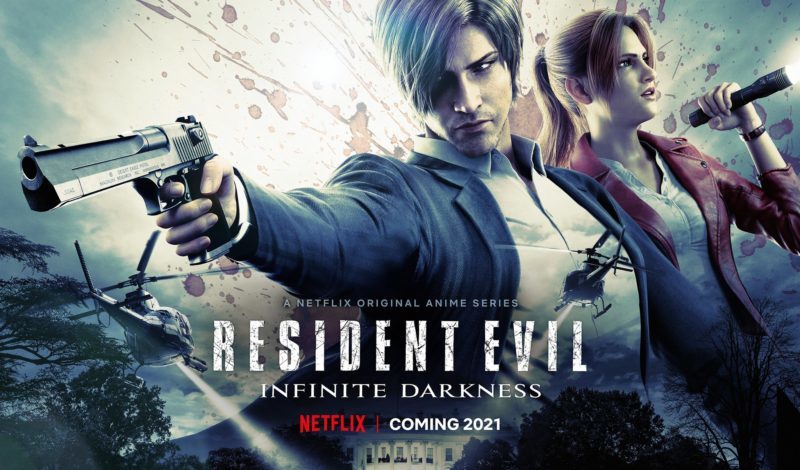 It’s been a crazy long wait since the last time we had a real update on Resident Evil: Infinite Darkness. The upcoming Netflix animated series was first announced last year (well, it leaked first), and fans have been eager for pretty much any information on it since. Thus far, we’ve only really known three things: it’s an animated series (there was some debate about that, but it’s been cleared up since), it’ll be starring Leon Kennedy and Claire Redfield in an all-new, canon adventure set between Resident Evil 4 and 5, and it’s coming exclusively to Netflix. Well, today we finally got our wish, if only in still format. Netflix’s official NX Twitter account shared a new poster image and two new stills from the film, as well as announcing the casting of the film’s two returning stars:

Even in darkness, a familiar voice can make all the difference. pic.twitter.com/86LrMsbskY

That’s… a lot to take in, to be honest. We pretty much have no details for the series, so the sudden appearance of zombies on the White House’s front lawn is a pretty shocking one. This will be Leon’s third adventure directly involving the President of the United States to some degree, and I’m very curious to find out if this will be a new President, or if we’ll finally be getting a little more detail on President Graham (Ashley’s father from Resident Evil 4). Resident Evil has dipped in and out of US political drama over the years, with the White House, the US military, or US senators playing a direct role in multiple outbreaks or other biohazardous situations (and often not being portrayed in the best of light, especially surrounding the Raccoon City outbreak), but I’m still surprised to see it making a comeback here. I guess that is what’s going to happen with a character “serving under the direct order of the President”, of course.

Along with this, Netflix announced that Leon and Claire will be voiced by Nick Apostolides and Stephanie Panisello, who recently provided their voices for the 2019 Resident Evil 2 Remake. While announcing this, they also gave us a fresh look at the characters themselves:

Resident Evil: Infinite Darkness is bringing back the RE2 remake’s Nick Apostolides as Leon Kennedy and Stephanie Panisello as Claire Redfield. pic.twitter.com/qjIa13hfZc

While my heart will always belong to Resident Evil: Degeneration Claire, these new models for Leon and Claire are simply stunning. We’ve been getting new looks at them every couple of months now, and I feel like they’ve been getting a new coat of paint each time we see them (especially Claire).

At present, Infinite Darkness still has no set release date, but it does appear to be holding hard and fast to 2021, so that’s good at least. This series, of course, has no relation to either the live-action Resident Evil Netflix series (which is set in its own weird alt-universe) and the upcoming live-action film, which will be released in theaters this September. Infinite Darkness also has a manga tie-in of some kind, which we haven’t heard so much as a whisper about since its announcement almost half a year ago now.

We’ll be keeping our fingers crossed for a new trailer soon, especially with the release of Resident Evil: Village right around the corner. 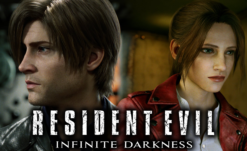 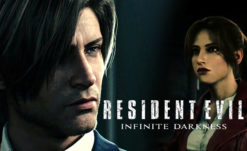