Netflix’s Resident Evil ‘The Games Are The Backstory’ (Update) 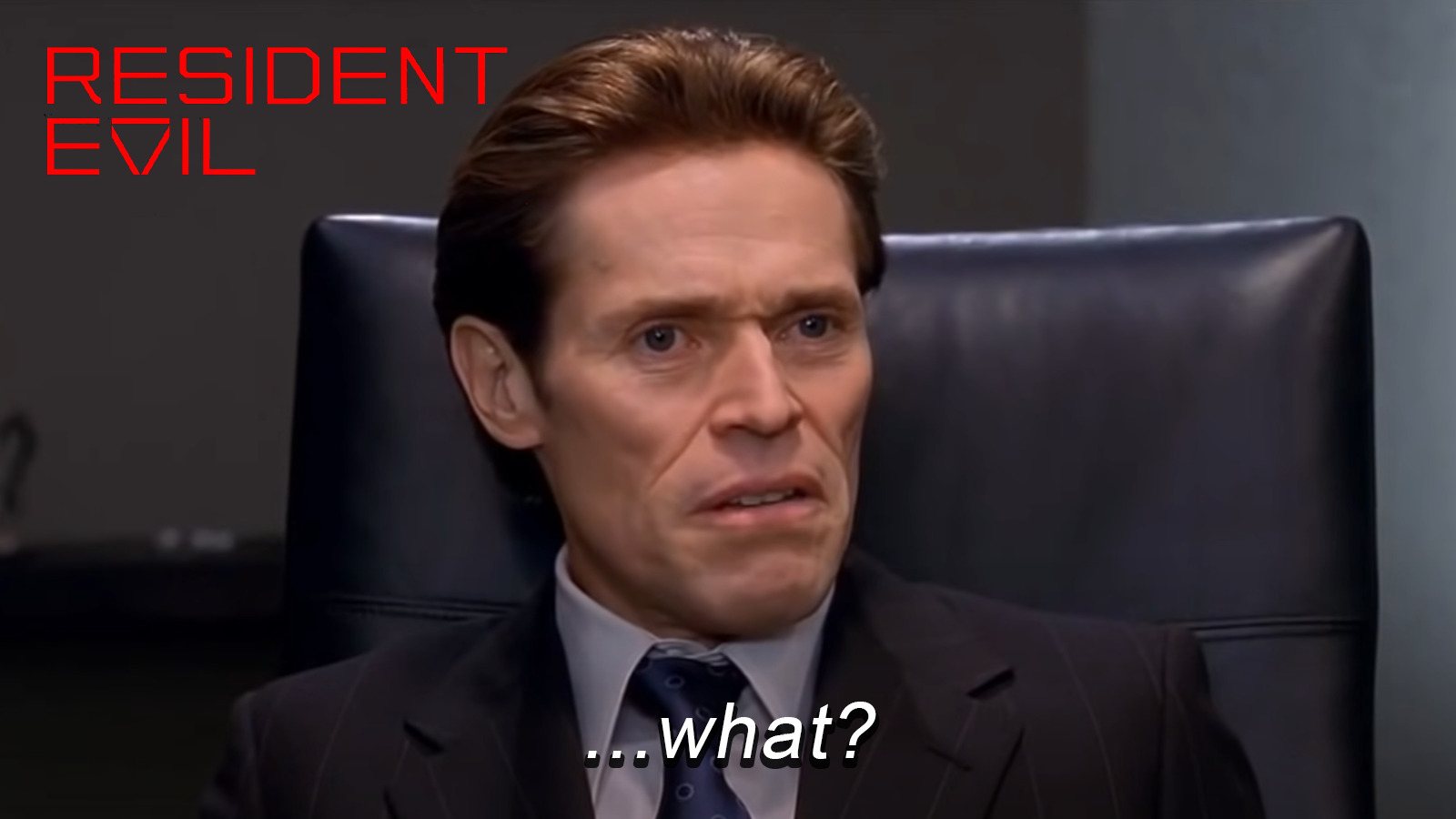 Update: So it turns out there’s actually a WAY more in-depth interview than what GamesRadar published, where Dabb goes into further detail about what he means when he says “the games are the backstory” to Netflix’s Resident Evil, and it might even explain what’s going on.

“If you know the games, Wesker is dead. He got blown up by a rocket launcher in a volcano — how I think we all wanna go. [The answer isn’t as boring as] he’s immune to lava. I don’t want to give too much away, but I will say the explanation for why Wesker is the way that he is and how he is still alive go hand in hand.”

It can’t get more crystal clear than that, directly addressing the elephant in the room. Is it possible this isn’t Wesker at all, and simply someone using his name (which could tie into the “executive” fans have been speculating about from Umbrella Corps?), or his mind transferred into another body the same way that Alex Wesker transferred hers into Natalia’s in Resident Evil: Revelations 2?

He also adds this weird detail:

This comment has me genuinely the most perplexed out of all of this, considering the way it expands on the show’s synposis of explaining the “past and future” portions of the show as two “timelines”, which would presumably mean that they’re alternate realities. Dabb explaining that these are “two sequels” seems to strengthen that.

Regardless, these answers leave us with a mix of questions and to be fair to the show, this weird shit is making me more interested in at the very least finding out than ever.

Today marked the release of our first real look at the upcoming Netflix-produced Resident Evil series, and while the reaction has, expectedly, been extremely mixed, it’s also come with its own bounty of bizarre claims coming from the show’s production team. Showrunner and executive producer Andrew Dabb has explained the choices behind the series’s direction and how it both departs from the Resident Evil games as well as tries to interweave the game lore into this new universe. To be frank, his explanation is kind of bizarre.

“The games are our backstory. Everything that happened in the games exists in this world,” says Dabb. “So the Village is there. We might not get there until season 5, but it’s in our world… The movies are a different story, but everything in the games is a backstory for the show. But we’re dolling it out in pieces. It’s not: episode three, ‘Meet the Redfields’, episode 4 ‘Here’s Leon.’ And you could do that version! There’s a part of the fan base that I’m sure would be like, ‘please do that version.’ But for us, it was more important to take you on this journey.”

While I can appreciate the idea that they don’t want to just make the show a revolving door of cameos (although I guess it’s nice to have this lowkey confirm to expect these characters eventually?), it’s extremely difficult to make heads or tails of what Dabb is trying to claim here. To be clear: This series is set in the year 2022, with the daughters of Umbrella Corporation lead scientist Albert Wesker arriving to live in the recently erected Umbrella super-city, New Raccoon City, built over top of an “old factory town” in South Africa (according to the series’ official website). Umbrella has recently created (thanks to Wesker) a new type of drug called Joy, that happens to use the T-Virus as a key ingredient. That isn’t even going into the series flash-forwarding at times to the year 2036 after the virus has apparently destroyed the world, much like the Paul WS Anderson Resident Evil films. This begs the question of… how in the world can the “events of the games” be the backstory to this world?

Anything from Wesker’s entire character history (including his death in 2009) to Umbrella Corporation’s collapse (in 2003) literally cannot exist in this world, which spider-webs off into other problems like the entire setup for titles like Resident Evil 4, 5, 6, 7, and Village being impossible to have happened without these key story components. The game lore is not the sum of random events, but instead requires a vast domino effect of different characters, and motivations to have occurred that directly conflict with the plot synopsis of this series. Dabb singling out the events of Resident Evil Village is the most confusing, considering that the events of that story have happened a year prior to this show’s 2022 setting, and then claiming that the show probably wouldn’t get there “until season 5” (which, regardless of the show’s success or quality, seems extremely optimistic).

My best guess is that Dabb is mixing up his messaging, and not making himself clear — that the events of the games have not taken place in this universe, and are not the ‘backstory’, but they will take place in this universe eventually. It’s safe to say that there was a Raccoon City where an outbreak took place a long time ago in this show, sure, but it’s objectively impossible for the very specific game version of those events to have taken place, i.e. the collapse of the city in 1998 due to a combination of deliberate destabilization of the city’s infrastructure with the virus and an accidental leak after a mercenary mission went wrong that lead to the Umbrella Corporation going under and a new status quo that required multiple militarized anti-bow organizations to be formed in the wake of their collapse. Chris Redfield might very well have been a member of that city’s police force, but it’s impossible for him to have been under the command of, and then betrayed by, Albert Wesker (who had also betrayed, and actively worked to destroy, Umbrella) who he then went on to blow up in a volcano 11 years later.

Of course, this is made even more confusing when we then return to a statement made by Dabb in 2020 where he referred to the series as a “continuation of the games“, which is a lot more specific and seems to disprove this theory that he means that things will happen. The only other options are that he’s either completely full of shit, or that the series is set on some sort of Holodeck. I guess we’ll end up seeing what he means either way, when the show launches July 14th.