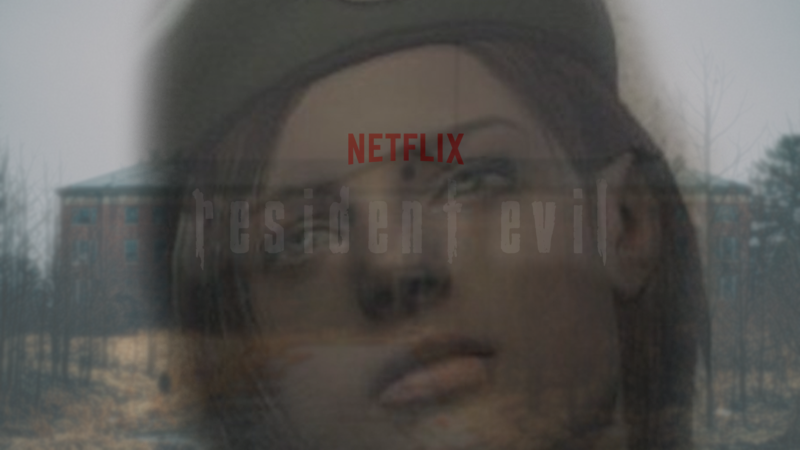 While we’ve been very interested to learn more about the upcoming Resident Evil film reboot as well as the new animated Netflix series Resident Evil: Infinite Darkness, there’s of course that… other one. Announced way before the others, the live-action Resident Evil Netflix series still looms ahead of us like a great black pit in the center of so much to look forward to. What I’ve previously described as sounding ‘fucking terrible‘, the upcoming series will star “Wesker’s daughters”, Jade and Billie, as they move to ‘New Raccoon City’ and is split across two timelines; a present-day one and a post-apocalypse one respectively. As I said, fucking terrible, and I’d argue worse than the Paul W.S. Anderson film’s lose understanding of the games.

While I’d mostly shrugged it with a “I guess we’ll wait and see”, that came with the assumption that it probably was tied into the previous film canon, especially after rumors of Alice actually making an appearance in the show. Apparently not, as a new interview with Showbiz CheatSheet and showrunner Andrew Dabb shed some light on what the differences actually are between the three upcoming projects. The main takeaway is obvious: no, they have nothing to do with one another besides being based on the same IP, but he went into a bit more detail regarding his show specifically and I’m just…

“It’s actually all under the same banner because the same company has the rights to both, the movie is very much a dramatization of the first two games a little bit. The story we’re telling is a bit of a continuation of the game where all eight games are kind of our backstory but we’re doing some new things.”

Now don’t worry, this isn’t any sort of confirmation that the show will be canon. If anything, it probably means that this show will take the same approach that the first Anderson film did, where (before the sequels ended up actually tying into game events), it was built around the pre-existing stories in the series and even ends by confirming its time-frame lining up with RE2/RE3. Dabb’s statement seems to be along those lines. Characters and events from the games exist in this universe, they might even reference specific events, but it’s its own thing. At least I really, really hope so. That said… this isn’t necessarily not confirmation either. The statement is vague and we can only take away so much from it. Hopefully the fact that the show sounds fucking terrible is a good indication that it won’t actually make any difference to the game lore.

Dabb goes on to explain that he’s doing this because he’s a huge fan of the games, and that he sees it as a natural extension of his work on Supernatural, and beyond that there isn’t much else to be gleaned from it. The show hasn’t begun filming due to Covid, of course, so this is probably the last we’ll be hearing about it for a while. In the meantime we can all just… wait I guess. We have a ton of Resident Evil on the horizon, so whether or not you’re looking forward to this, it won’t be the only thing we’re getting. Plus, this is just what we know about, Resident Evil‘s 25th anniversary is next May, and you can be sure there’s going to be a few more surprises lined up for that.