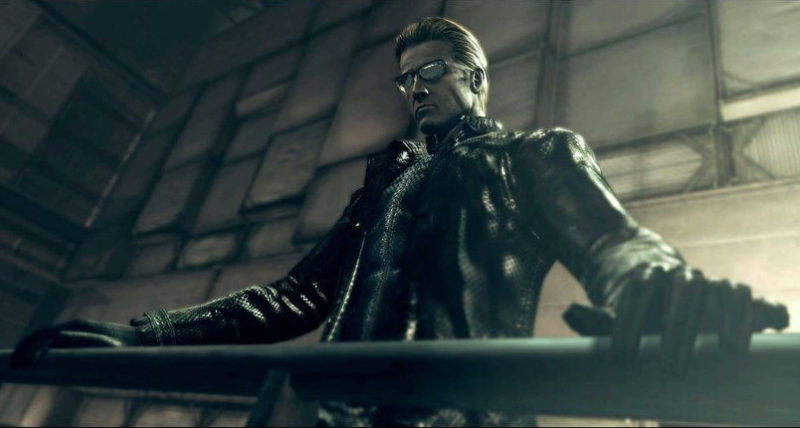 UPDATE: So D.C. Douglas added a little fuel to the fire the other day, tweeting this:

Yeah, seems like the man himself is acknowledging that the big W is back in black. We’ll have to wait and see how this development effects the RE universe. There’s lots of theories flying around- anything from Wesker being James Marcus’ed and now being a hivemind of Uroboros worms that can reform into a human being, or that the Organization has created a Wesker clone in the same manner that Carla Radames was cloned into being a copy of Ada Wong in Resident Evil 6. Guess we’ll find out, but I would be very surprised if this didn’t end up having any effect on Resident Evil 7.

Considering the abysmal player base on Steam, and how freakin’ long it takes to find a match on PS4, it seems like a pretty safe bet to assume that almost none of you are playing Umbrella Corps, the new online competitive shooter set in the Resident Evil universe. That said, while delving into the game’s single-player mode, The Experiment (a series of Mercenaries-esque missions across the multiplayer maps), I’ve uncovered a bizarrely complex, and maybe even important addition to Resident Evil lore.

First off, Umbrella Corps is a canon entry in the series. No alternate realities like Operation Raccoon City, or just for funsies plotless gameplay like Mercenaries 3D. Umbrella Corps is a new chapter of the universe with new information about what’s going on – but from the bad guy’s point of view. Set just after the events of Resident Evil 6, we play as a mercenary code-named 3A-7, working for The Organization (the underground string-pullers that Albert Wesker led in RE4) as you fight through hordes of the undead and Plagas-infested Ganado and Majini to acquire combat data, DNA samples, and more. When selecting which mission to play in The Experiment, you can read small journal entries by your commanding officer and lead researcher, Abraham Jackson, which fill in the story. He seems like a pretty twisted S.O.B., not caring if you live or die in these experiments, and eager to learn more about the virus and Plagas in lieu of anything else. Completing each level will reward you with extended information for each entry, which expands on the overarching story.

We’re sent across the globe to the sites of many famous Resident Evil disasters – which still stand to this day, walled off behind quarantine zone barriers, still full of zombies and monsters. We begin by exploring an underground Umbrella lab, a Tricell base that was struck with a bio-terror attack sometime after Resident Evil 5, and move on to more famous locations like Los Pueblos (the village) from Resident Evil 4, Kijuju’s autonomous zone from Resident Evil 5 – and even a full-scale recreation of Raccoon City, built for the sake of testing both the virus and the new Umbrella Corps soldiers. It’s very interesting to learn that these locations still exist (doubly so for the Raccoon City recreation). Recreations of famous landmarks aren’t alien to RE, Spencer couldn’t help but rebuild the Arklay mansion every few hundred miles it seems; they’re, for the most part, left exactly as Leon, Chris and the others left them all those years ago. 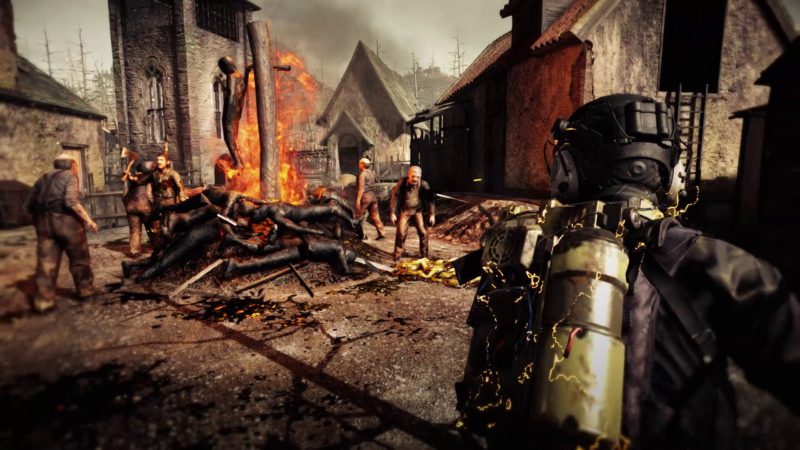 Anyway, when we reach the village location, Abraham starts commenting on how a higher-up from The Organization has come to inspect the experiment and how it’s progressing. Here’s what the journal entries say: 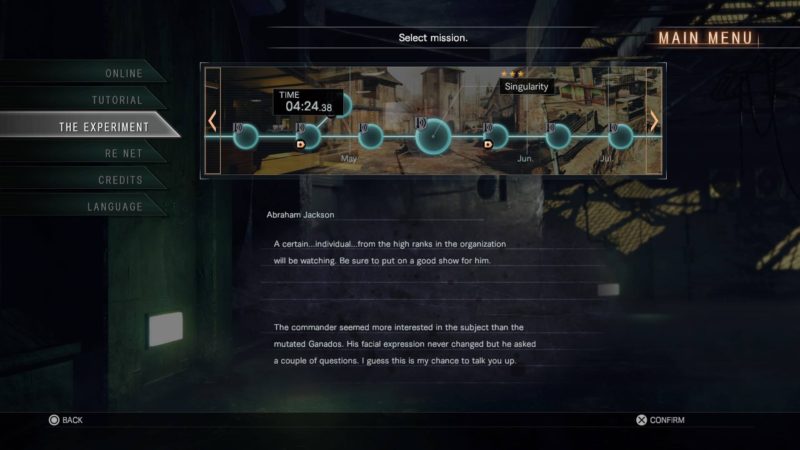 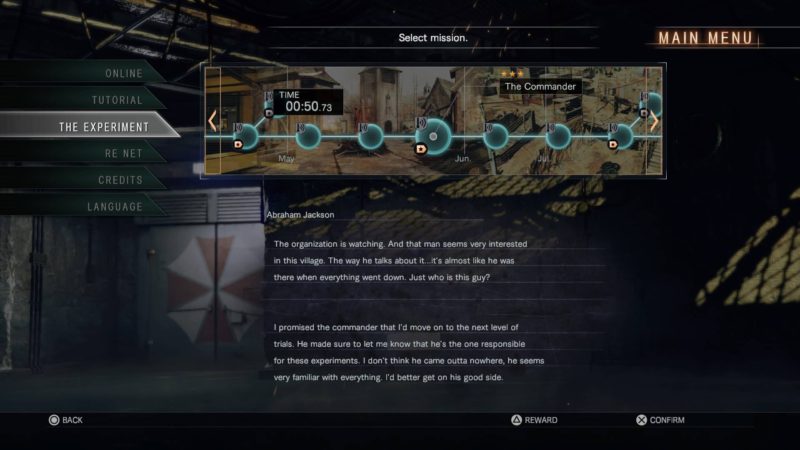 Someone who was there? Very, very few people survived the events of Resident Evil 4, and only two of them were male: Leon Kennedy and … Albert Wesker. Sure, he never actually visited the village, or got his hands dirty in any way – but he kept a constant bird’s eye view of the event via satellite cameras, and directed Ada Wong throughout the ordeal. 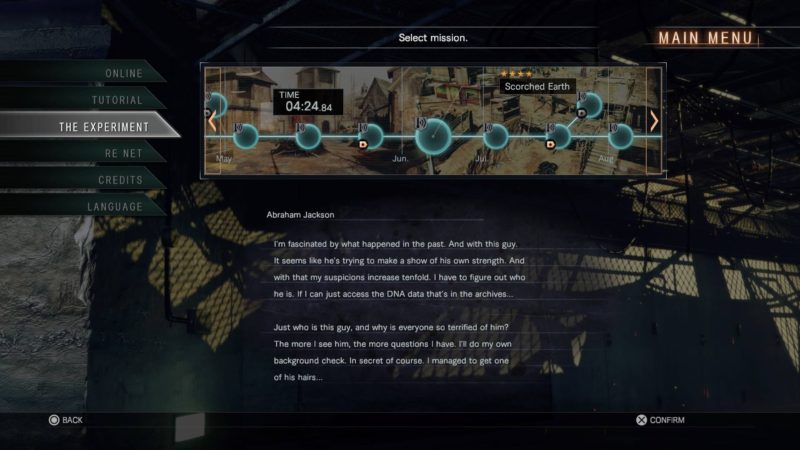 People are terrified of this man, you say? Apparently with good reason. The very next entry is by a completely new person, Beatrice Bertrand, who comments on how the previous lead researcher has mysteriously disappeared. Shit. There goes any chance of finding out who this man is… right? Maybe not.

During the game’s multiplayer, you receive instructions from both Abraham Jackson and Beatrice Bertrand (not at the same time though, it’s one or the other), and they will also comment on your performance. Chiding you if your team blows it, praising you if your team does well. If you manage to get a shut-out (defeat the enemy team without losing a single round), a very… interesting message will play which would seemingly answer our questions. I managed to get a recording of this too, during my live-stream the other day. Unfortunately, I’m dumb and talk over it, but you can still hear it. Abraham speaks to someone new, saying:

Well sir, what did you think?

So… uhmm… Albert Wesker is apparently alive. I really don’t know what to say. I’ve never been someone that was pining for Wesker’s return in the series, as I was fairly satisfied with his death in Resident Evil 5. I mean, he dies pretty conclusively in RE5 if you slow down the footage. You can actually see his head disappear as one of the rockets goes flying through it.

I’m just as surprised as you probably are. I never actually expected them to do anything like this, and I’m really not sure how I feel about it. It does raise a few questions, however. How did Wesker survive RE5? Was that a clone of himself that we fought? Is this a clone speaking in Umbrella Corps? Wesker was brilliant and evil, and always had an extra trick up his sleeve – including surviving death once already. He remained dead for years after the release of Resident Evil, until it was revealed he was not only still alive, but imbued with super-human powers thanks to the T-Virus. Could Wesker have done it again? Assuming that the Wesker in RE5 is a clone, it could explain why Wesker goes so off-rails in RE5. He quite literally loses his mind, and becomes a screaming lunatic with grandiose, comic-book villain plans for the human race by the end of that game. If it was just a clone, that might explain why Wesker’s cool demeanor basically just evaporates.

What’s also worth talking about is what this means for Resident Evil‘s future, especially Resident Evil 7. The demo for RE7 showcases an Umbrella-branded helicopter, and there’s lots of questions surrounding what in the world is actually going on in the final game. Could Wesker be involved? Could he be the man in the wheelchair we see in the trailer, weakened after his conflict with Chris, or just really old (he’d be almost 60 now)? Guess we’ll have to wait to find out. 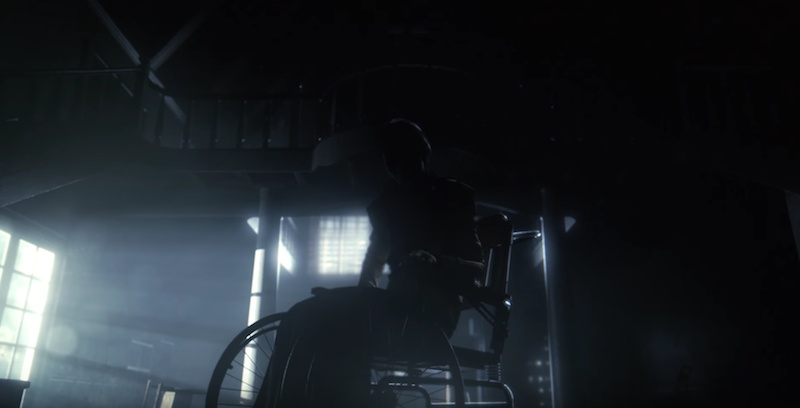 I’m hoping there’s more to this than just “Fans really missed him and we kind of wrote ourselves into a corner” the way that other franchises have brought back dead but popular characters (here’s looking at you, Star Wars). I’ll keep you updated as I find out more information; I haven’t finished The Experiment yet (it’s really hard). If any more information comes to light as to Wesker’s survival, I’ll be right back with everything I’ve learned. For now … I just don’t know what to think. Such a huge revelation for the Resident Evil universe feels wasted in this game, but who knows. There may be more to find.