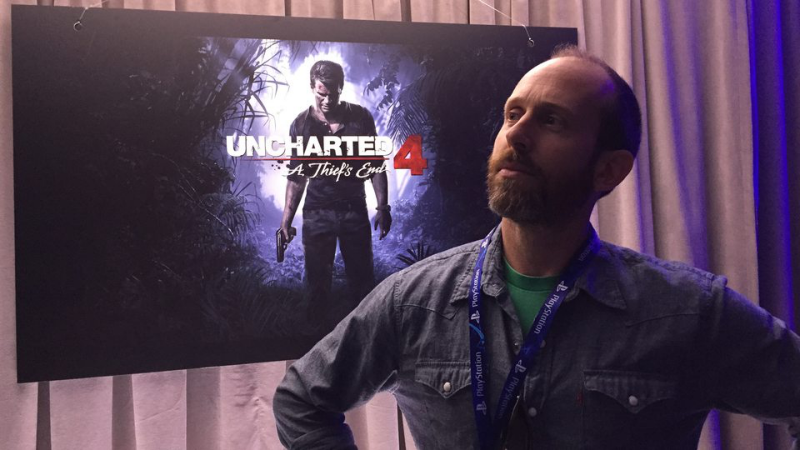 Bruce Straley, an American game director who left Naughty Dog after a long and fruitful career at the studio, recently gave an interesting interview to GamesIndustry.biz during the lastest Fun & Serious Game Festival held in Bilbao, Spain.

The director, one of the key figures in the success of Uncharted and The Last of Us, explained how he thinks game designers have failed since 2007 and how, specifically, they’ve found it very difficult to break away from a series of gameplay schemes and mechanics molds. With regard to the action, adventure and open-world titles of today, he believes that Hideo Kojima has turned everything upside down with the release of Death Stranding.

Straley, who thinks that the video game industry has yet to move away from certain vestigial gameplay elements of an earlier era, wants to create a title with a story similar to The Last of Us or Uncharted (he is responsible for the second and fourth game of the series) but without the obligatory “shooting” parts.

Addressing the issue of Ludonarrative dissonance, he believes that titles like Death Stranding have managed to further blur these types of genre distinctions by advocating new formulas, elements and structures that facilitate the play experience, without the defects or deficiencies seen in most productions.

Can you create a game that’s as interesting and character-driven and compelling as an Uncharted story or Last of Us story without shooting? I think you can. Again the concept has to be… ‘how can I create a rich enough world to allow for interesting core mechanics?’

The world has to afford interesting, compelling ways for the player to figure out [solutions] — and that’s a lot of what games are. We have to put players in a position to be engaged with overcoming obstacles, which means the core mechanics have to avail us enough opportunity to figure out a solution.

So for me personally as a player, I want something fresh. I want something that feels different, and I think we’re allowing for more time with the game to settle into experiences, where it used to be more like: ‘How do we get the player hooked in the first ten minutes, we gotta do this, we start in media res, start with some action sequence, let’s go, go, go.’

I think all of that is changing, and I think Hideo Kojima has done something really good for the industry to just try and do something to shake it up a bit.

What do you think? Should more games focus less on typical “gamey” mechanics like shooting and platforming? If the indie scene has taught us anything, it’s that there’s certainly a market for games like that. Perhaps in the wake of genre-bending titles like Death Stranding, bigger budget AAA titles may follow suit sometime in the not too distant future.