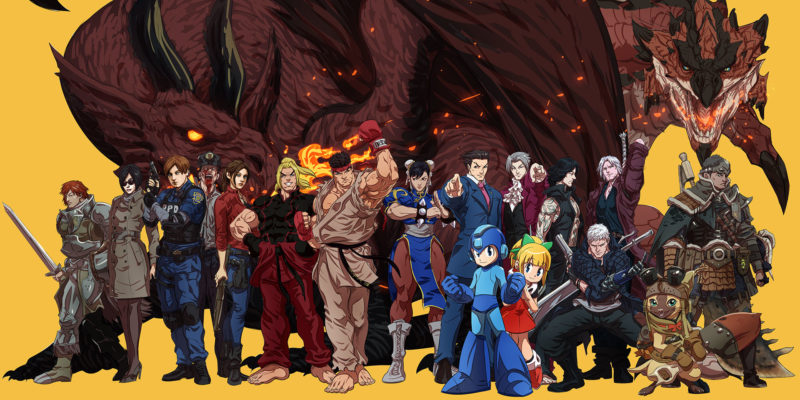 Just a week and a half has passed since reporting on the ever-growing revenue of Capcom regarding our three recent horror outings from them, and they’ve already jumped up another few point millions! From last we talked about it, Resident Evil 7: Biohazard has jumped from 6.4 to 6.6 million units, REmake 2 has jumped from 4.2 to 4.5 (still hasn’t quite reached the original, at 4.96 million units, but it’s getting mighty close), and Devil May Cry 5 2.1 to 2.5 million units (which is actually the biggest jump of the three). All three of these games were met with incredibly high praise from journalists and fans alike (we gave each 9/10, 10/10, and 10/10 respectively), and it’s well earned. I’ve been overjoyed with their turnover in terms of quality content in recent years. Not everything has been as overwhelmingly great, but enough that it matters.

It’s been just wonderful to be a fan of Capcom, which I’ve followed since I was a kid (Zelda: Oracle of Ages was my first real video game, I’d been sequestered with some really terrible stuff), and see it blossom again. There was a period where it was gettin’ kinda scary, with (admittedly often high selling but absolutely run through the wringer by fans) and even I was starting to feel really worried about their future. Fans used to call Capcom CapGod back in the late 90s/early 2000s, due to the tremendous outpouring of quality games. From almost every Resident Evil and Devil May Cry to Mega Man and oh so many dozens of Street Fighters, the company was just kicking an incredible amount of ass. Sadly not all of it paid off, as weirder/experimental titles like Killer 7, PN03, and PowerStone all just sorta slipped through the cracks. With Capcom’s renewed vigor with barnstorming titles in their mainline AAA franchises, along with the sudden leap of Monster Hunter from “generally pretty good sales overall” to “highest-grossing single title in company history”, it’s an exciting time. Capcom has spoken about this being the “highest levels of profitability in the company’s history“, now going for two straight years in a row, and hopefully it will lead to more of that early 2000s weirdness and experimentation.

At the moment, Capcom’s slate is mostly blank (publically), with only Monster Hunter World‘s Iceborn expansion, three new characters for Street Fighter 5, and updates to its mobile game Teppen going on right now. We do more or less have confirmation of a new Resident Evil in the works (surprise lol), and there are lots to indicate that Ace Attorney 7 is in the pipeline as well as speculation that a new Marvel vs Capcom (or a major overhaul of Infinite) is at some level of development. Here’s hoping this record-breaking pace can keep up because these games are some of not only Rely on Horror’s bread and butter (we started as a Resident Evil fansite), but also because these games deserve the love and attention they are both being given by the company and by the community. Fingers crossed 2020 continues to be a good year for Capcom, because the better it is for Capcom, the better it is for us as fans.