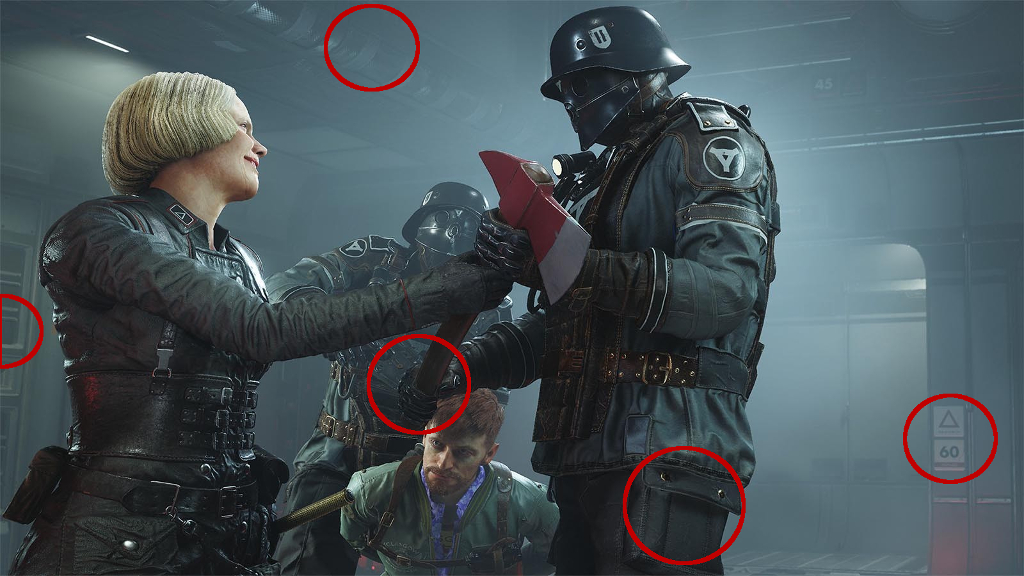 [This is by no means a review of the 2017 game Wolfenstein: The New Colossus. This is a review of a subset of specific game design— found within Wolfenstein 2 which we’ll be using as a high-profile example — in hopes that we can change this moving forward.]

Story. Where do you find it in a game? Is it everywhere or just in specific elements? What if the story is built from a bunch of moving parts and some of those moving parts are difficult to, well, move? That’s the heart of what’s wrong with collectibles in Wolfenstein 2.

I took part in a press demo of Wolfenstein for this site in July. I loved it. At that time, I was worried that there were too many glitches, bugs, and world-destroying faults for it to release in this year. It is out now, and I still love it — my then-concerns were diffused, and we received a shockingly stable launch build. Wolfenstein: The New Colossus turned out to be a fantastic game with fantastic themes, and it has been a delight to experience. See, Wolfenstein got a fair amount of criticism for having a more overtly political ad campaign — as opposed to featuring “only” a single player campaign. But when you dive into the actual game, you find that the most biting political commentary is buried in in-game collectibles. And those collectibles? Well, they are literally buried.

But … here’s where my fuckery lies in regards to this game which I so clearly love. And yeah, some of this is personal fuckery, but the rest is gamic fuckery of a type that I thought we were beyond. Achievements are a terrible, terrible obsession but that’s the line in, or at least a line-in, for an additional type of meta gameplay. I’ve put my Achievement addiction behind me, and while a fragment of the Completionist in my heart will live forever, Wolfenstein triggered a basic anger within me for a game design issue that I know can be done far better. 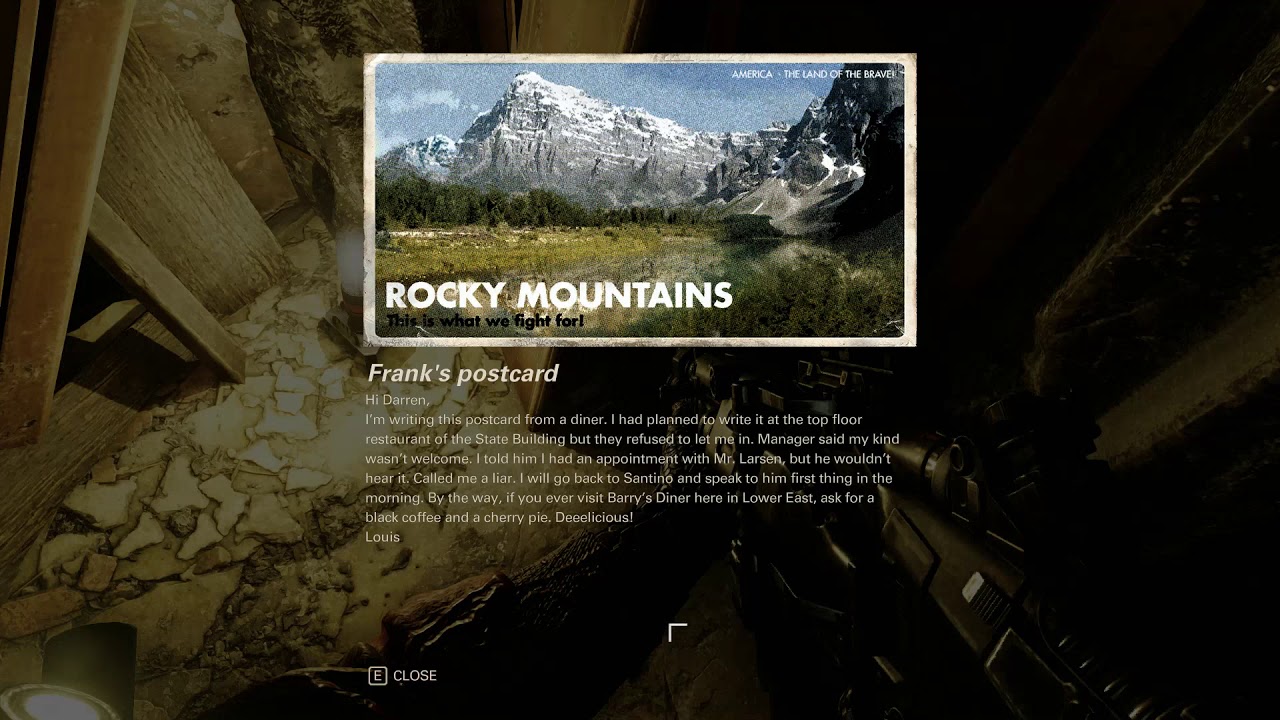 The collectibles in Wolfenstein 2 are plentiful. There are kill cards, art backgrounds, gold bars, hidden vinyl records, and loads more. But there’s also no means to determine where any of these items live. In the first few levels, even following along with the best available guides, it’s basically an anything-goes situation for where these can be located. Yeah, I get the idea of hiding collectibles. I understand the draw, and I understand the hunt — I also understand that it’s important to adhere to the narrative. I also understand, rather, can identify, the kind of collectible hunt that’s designed to either be extra in-lore appropriate, or, in the case of today’s rant, just deliberately soul-crushing. There’s the damn problem.

Bethesda did its all-time best collectible systems within DOOM (2016) which mixed marked-on-map location items with surprise hidden flair like throwback levels or sudden teleportation to otherworldly challenge rooms that forced you to improve your skill sets. Here, it’s as if all the forward progress has been ignored. Within New Colossus, there exist collectibles that convey the strongest and most engaging parts of the narrative, but finding them is a goddamned slog.

Within the first New York City level, there are at least ten collectibles hidden amongst the ruins of the city, but also four or five hidden in the water around the docks. There’s no gamic reason to enter the water at this point. And even if you’re following a detailed online guide to find these items, the best descriptions are still so general that I lost five minutes diving to look for an item that I had no idea how to recognize when I even found it. It’s point and click level nonsense but with no reason to either point or click. 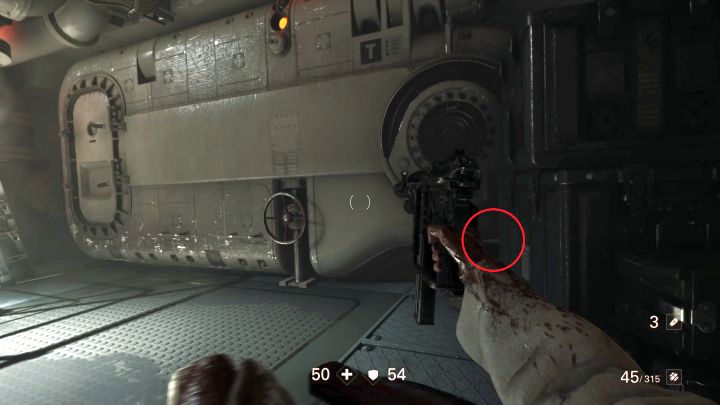 This has all built to handicap my ability to enjoy Wolfenstein 2 severely. At one point in my life, this would’ve been due to the amount of homework I’d need to invest in the achievements, but now it’s just about trying to get the entire story out of the game. It is miserable and outright unfair to the player and, certainly, the writers of the game itself.

Adding to this is the complication that some collectibles in each level are locked off until you take on assassination missions (optional pieces of story that revisit previously locked-off sections). Adding to that is the fact that Bethesda denies the option to replay levels to find missing collectibles. So if you happen to get caught up in the delightful story at the wrong point, you’ve completely screwed yourself out of ever completing that aspect of the game.

There’s all this world building that feels particularly important to what Wolfenstein is crafting that gets immediately gated due to a few poor design choices. I can tell the game got rushed to the finish line and they gave priority to making it stable and enjoyable. Kudos. But now is the time to hop back in and fix this collectible nightmare. The best version that’s I’ve ever seen was when Red Faction: Guerilla patched in on-map locations for the ore mines that represented its collectible system. It is perhaps time for someone at Machine Games to start working on a similar fix here. It’s not for the addicts; it is in service of the story. That seems worth the effort to repair. 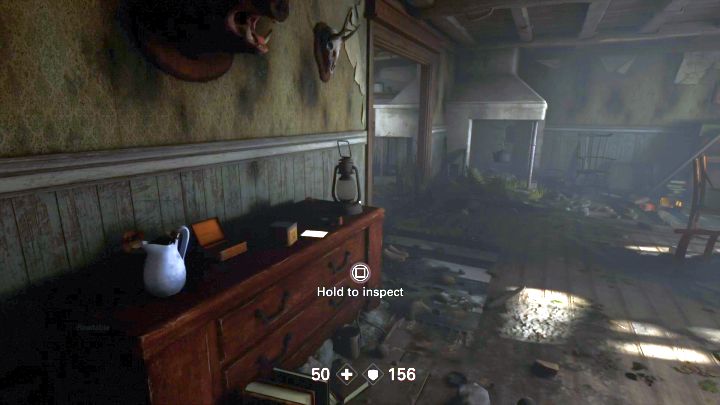 This is a good point to jump in with the discussion about whether game achievements should serve storytelling functions in this role; i.e. taking a separate but equally load-bearing amount of the plot responsibility. The best jokes, the best world-building, and some of the stuff I think that makes the game memorable in a way that it presents as a better snapshot of the non-alt universe version of America — all of this is important. Can we do better at offering up opportunities here for gamers to get through without missing out? If these were little pieces of nothing that were just decorations on the tree, I wouldn’t be mad that it feels like I’m having Christmas ruined. Instead, I’m playing this game in a way it was not intended to be played because I’m too nervous about skipping the parts that I think are the most important. And that shouldn’t be a choice forced on me here.

Look to Dark Souls, where there’s unquestionably story buried in the world around you (sometimes literally), or Resident Evil and Silent Hill. The latter two reward you for going out of your way to explore, but at least give you that opportunity — while letting you know that you are, indeed, going off the beaten path.

Bethesda and Machine Games, at the very least, let me blast through some goddamned Nazis with the options to replay levels so I can do the adventure game-esque pixel-by-pixel scanning needed per level in pursuit of achievement fulfillment. I want to devour your excellent story entirely without having to Google everything I missed.