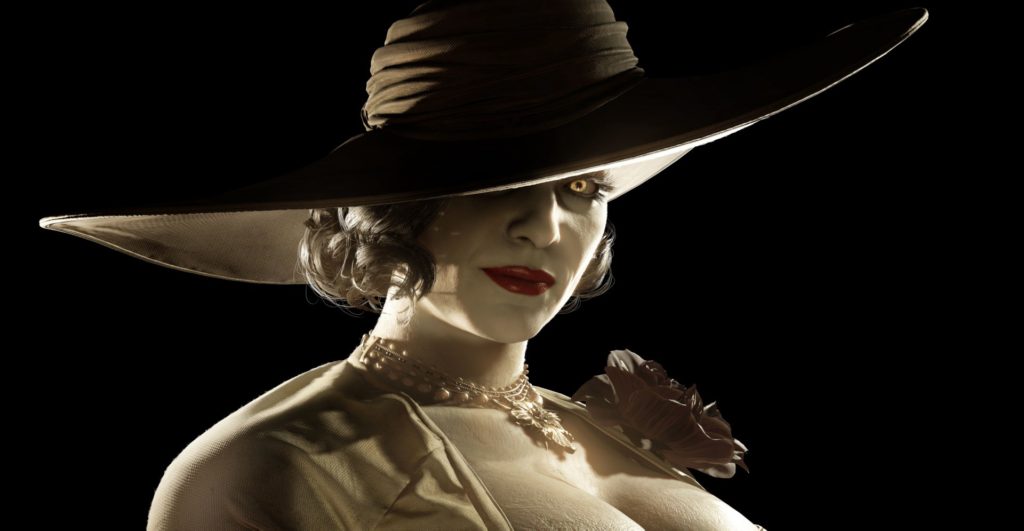 Déjà vu: the strange feeling of something familiar yet completely new. An experience of the brain and the eyes battling for memory recollection and affirmation. A peculiar feeling indeed. Upon viewing all of the released content from the Resident Evil showcase this January, I finally had my ah-ha finger-pointing moment and my world has finally righted itself upon a proper axis. Resident Evil Village and Resident Evil 4 are sister games, well at the very least cousins. I’m sure many of you eagle-eyed viewers have spotted many of the parallels.

The locale, atmosphere, boss types, and bare bones of the story are eerily reminiscent to Resident Evil 4. A village where people are infected with a parasite (or virus) are involved or preyed upon by the occult/science. A girl kidnapped by villagers/powerful people because of a vendetta against world/protagonist. Mini-bosses that are controlled by old aristocratic powers. The largest setting of the game is a humongous castle level, etc., etc. The big difference this go-round is the prominent femme antagonists who have set the Internet ablaze. ?

The fourth installment in the Resident Evil series turns 15 years old this year, and, amazingly, so much is being mined from its brilliance all these years later. The cash/nostalgia cow of years past has paid off in innumerable dividends. Many, myself included, consider the entirety of Resident Evil 4 to be a masterpiece, and for good reason. The fourth game forged new ground and was a complete departure in the storyline from the series’ past, but it was accessible via a familiar face in Leon Kennedy. The monster designs and over-the-shoulder perspective were truly…wait, wait…

Okay, before I write a 2,000+ word editorial about the impact of the game upon the entire industry, let me save myself and everyone else the trouble of reading my ‘hot take’ and go read/watch everyone else’s retrospectives.

Please and thank you.

I also posit that the game has ties to the original title, with its labyrinthine mansion, puzzle mechanics, and origins that are far more ancient than meets the eye. To bring things full circle, the Resident Evil: Village–The Maiden demo unveiled that the umbrella symbol and those associated with it are interconnected to hundreds of years of medieval history. Perhaps the initial persons fused with entities like the Las Plagas organisms and procreated naturally to create a lineage of those with powers and ‘supernatural’ abilities. Even though we’ve seen the daughters of Lady Dimitrescu utilize insect capabilities akin to Marguerite Baker, we still don’t know the full lethality of the Lady herself beyond the killer claws. 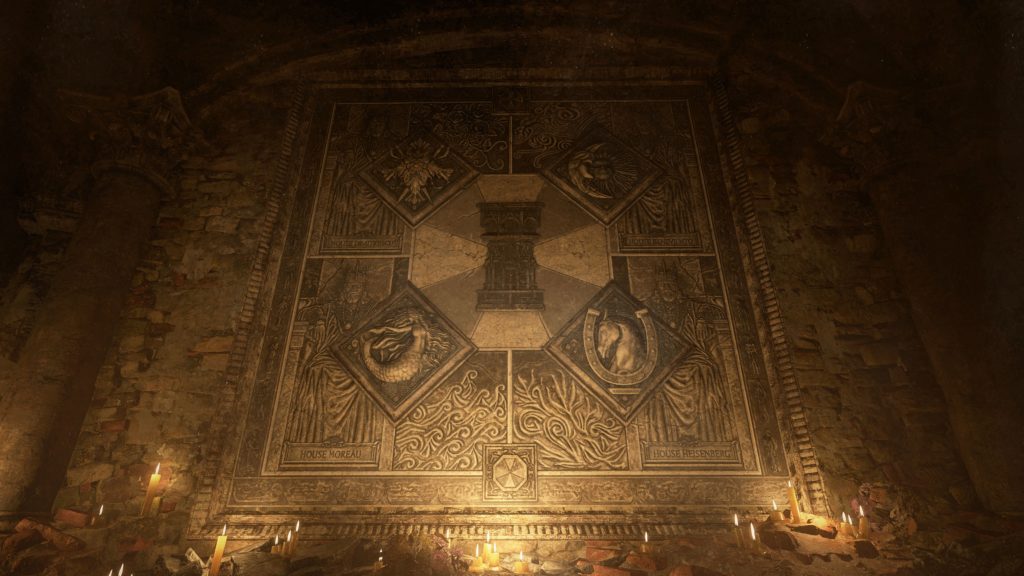 The genuine question I pose, is it a bad thing that Capcom is repackaging a familiar formula instead of doing something unique by taking the series in a different direction? Or is this a different direction by looping back to the beginning of everything? One of the reasons for Resident Evil 7’s resounding success was its supposedly clean slate, new setting, new characters, and smaller take on the viral infection narrative. If there weren’t tidbits of Umbrella sprinkled around the premises of the bayou, you could almost forget that you were even in a Resident Evil title. Will putting a new coat of paint on an artifact truly bring the dividends that Capcom is looking for? Perhaps, but the game was slated for release regardless of the pandemic and maybe the continued quarantine will help boost global sales. 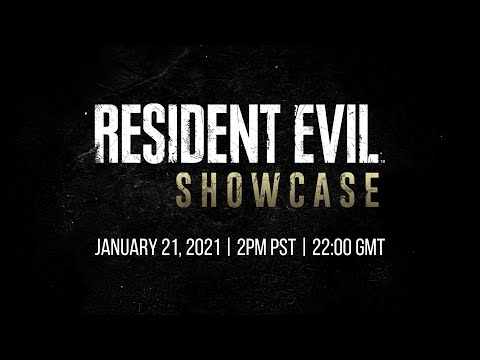 I understand why the creators of this current title wished to revisit the crown jewel for inspiration. Who wouldn’t? There was so much about it that clearly resonated and still has legions of devotees to this day who purchase every edition that releases for the next generation of console. I was in my first year of high school when it debuted all those years ago, and it’s one of those fond time-capsule memories that’s never waned. If anything, it has only fueled a compulsion to find more horror classics like it and write pieces like these that try to tap into why video game experiences haven’t reached the pinnacle of heights reached almost twenty years ago.

We persons in our 30s and early 40s perhaps are relics of a bygone age of gaming. (We are! And that’s not necessarily a bad thing. The youngins need their horror fuel too.) *insert old man yells at cloud meme here*

The only aspects of the game that genuinely have me intrigued are the family of — witches? vampires? — that are seemingly at the center of this story’s mystery. Their designs are stunning, and the giant vampire lady at the center is *chef’s kiss* Magnifique! Beyond them, the game has this Universal Movie monsters vibe going on that I’m really digging. Van Helsing glasses guy, werewolves running around in the forests, and Frankenstein’s monster lumbering around the castle grounds are tried and true ingredients that usually make for familiar and digestible dishes. 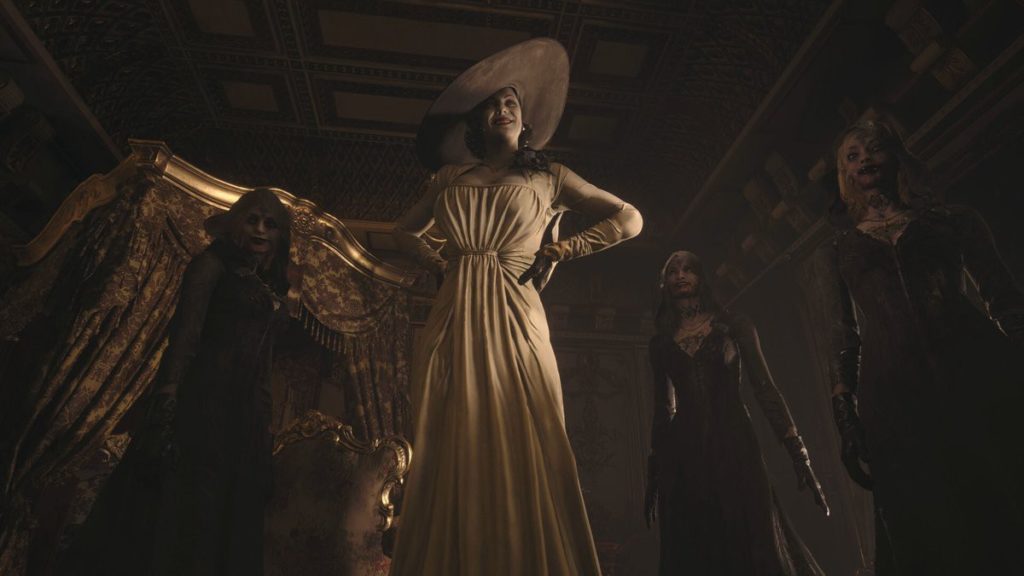 Horror is a component of nostalgia, as I alluded to before, and perhaps that’s why my déjà vu alarm bells are ringing. Resident Evil 7 wasn’t immune to my initial scrutiny either. It was a mashup of the found-footage and ‘backwoods’/hilbilly horror genres. To include, its initial demos were eerily similar to the presentation of Silent Hills/P.T. However, upon reflection, the finished product was paying homage to a plethora of influences rather than just creating rough retreads so I have to applaud Capcaom for that at least.

Speaking of the fifth entry, the flowers attached to the lapels and worn as adornment by Lady Dimitrescu and her daughters may have connections to the ‘Stairway of the Sun’ progenitor flowers that are native in-game to West Africa. These flowers were ritualistically eaten, and those that survived its ingestion gained massive strength and heightened intelligence. Fellow writer October Keegan found even more fascinating lore while scouring the demo frame by frame. Stay tuned for that massive analysis soon.

If Capcom can interconnect all the highs and lows of the series via the established mythos and worldbuilding, I would be so impressed and sing this entry’s praises to the end of time. So, tentative kudos if they’re able to accomplish that. My pessimism and anxiety about the latest Resident Evil are ratcheting up, only because I want the series to be the masterpiece that it’s always been aiming for. I wrote a piece (eerily or ironically at the beginning of) last year about becoming a curmudgeon that encapsulates how I’ve aged out of a lot of things due to a myriad of traumatic life experiences, and I suppose I can file this game in the ‘wait to clap’ Rolodex. I don’t do somersaults for every new thing like I used to. Now, it’s more of a tepid tumble. I’ll stay limber and reserve my acrobatics for the finished product.

Come for the horror and stay for the giant women in Resident Evil Village on May 7, 2021, releasing for the PS4, PS5, XBOX One, XBOX Series S|X, and PC.