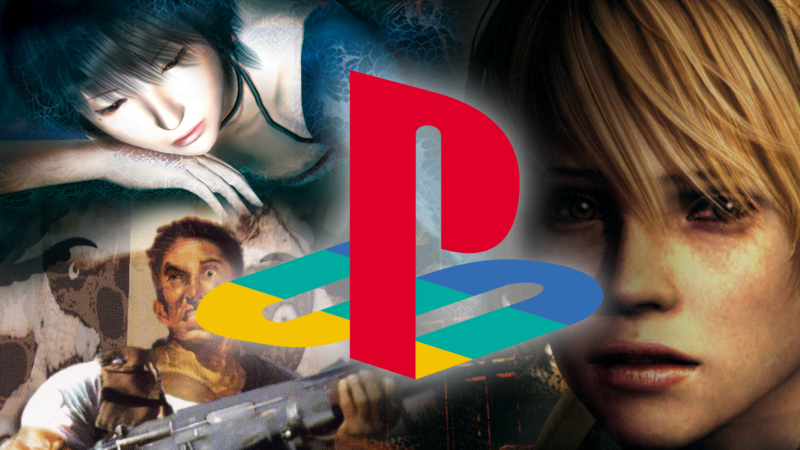 Update: Sony’s “Spartacus” has been officially revealed now, with a tier that contains access to PS1, 2, and Portable titles called PlayStation+ Premium. No word on what the selected titles are yet, however, and no indication as to when the service will go live. We’ll keep our eyes peeled, and post all about any and all horror titles that make the cut!

Yesterday, games journalist Jason Schreier broke the story that PlayStation appears to be gearing up for a massive overhaul of its PlayStation+ online service. Codenamed Spartacus, it will be merging PlayStation’s existing PS+ membership with its streaming service, PlayStation Now — as well as an all-new third tier to these services: classic games. PlayStation has somewhat famously been disinterested in offering older titles since the PlayStation 3 era — but in the wake of Xbox and Nintendo (such as it is) making a huge push to try and give classic games a platform once again, it seems as though PlayStation may be changing their tune and offering a catalog of PlayStation 1, 2, 3 and Portable games as part of this service on PS4 and 5. As horror fans, this might be the best news we’ve heard in a while, as the PlayStation family of consoles was one of the very best places for the genre.

As such, we’ve put together a list of games that we would absolutely be over the moon to see as part of the service. While many are still available digitally on PlayStation 3, we’d really, really love a reason to finally put the dusty old thing to bed (mine has been struggling badly as of late, and it’s my only way of playing many of these games). Obviously, not all of these are going to be making any launch cut, or even be on a shortlist of games PlayStation might consider, but that doesn’t mean we can’t dream, damnit.

In no particular order (and in a few cases counting bundles as one game because it’s my list and I make the rules), check out our dream list. Note: some obvious ones such as games on PS3 have been excluded due to still being available on other modern platforms or are already on PS Now.

This one should come as no surprise, especially after my history of begging for them. Despite the high quality of the 2002/2019/2020 remakes of these three classics, they are pure and simple not the same experiences as the originals. From their classic gameplay (more obviously in the case of RE2/3) to their awesome stories and high replay value, these games helped define the genre as we know it and don’t deserve to be abandoned on aging hardware. Fans new and old should have a chance to delight in these survival horror classics; there’s a reason Chris, Jill, Leon, and Claire’s adventures are still being retold to this day, after all. These titles alone would be enough to make me jump right on the service immediately.

While the original Silent Hill might not carry the same legendary status as its sequels, it’s no less a classic. From the amazing art direction to Akira Yamaoka’s creepy industrial-inspired score, this game is the reason we have so many great psychological horror games still to this day. With a truly inspired cinematic approach to 3D camera-work that put Resident Evil‘s static cameras to shame back in the day, this game is easily one of the best horror titles on PlayStation and equally as deserving of a second chance as its more famous sequels.

The sister series to Resident Evil, Capcom’s Dino Crisis helped usher in many of the genre’s staples. From its crazy complicated puzzles to the introduction of Resident Evil‘s now staple 180 quickturn, Dino Crisis is a beloved game that’s as much a part of Resident Evil‘s history as the actual titles themselves — and a damn great horror game on its own. While its sequel isn’t especially scary (more of an action shooter), it might as well be on this list too to complete Regina’s adventure within her own personal pre-historic nightmare.

While other horror titles tended to play in a more action-oriented genre, SquareSoft (now Square Enix) gave us a more action-RPG flavor of terror with their sequel to the 1995 novel Parasite Eve. Aya Brea fighting her way through the beast-infested streets of New York City and taking on one of the weirdest and creepiest threats in the genre is a beloved classic that still sees interest in a remake burning to this day. Much like Dino Crisis, the sequel followed a more straightforward action route, but it might as well be included as well.

Of course it’s here, lol. While the original title is why the genre of psychological horror games is so popular today, Silent Hill 2 and 3 are the reason why those titles are the way they are. James and Heather’s personal journies through hell are among some of the most beloved video games of all time, even beyond the genre of horror specifically, and carry a status so legendary you already assumed they were on here just reading the title. While they are both still available via the Silent Hill HD Collection on Xbox systems, having access to the original unaltered experiences via this service would be far and away more ideal, and at long last a reason to ditch those buggered ports completely. Along with this, despite not being as popular, Silent Hill 4: The Room, Origins, and Shattered Memories absolutely deserve to be brought along, offering unique and memorable horror adventures of their own (with Shattered Memories being a personal favorite, even if the PS2 version is inferior to its Wii counterpart).

Beloved by die-hard Resident Evil fans everywhere, the two Outbreak titles introduced the series to the concept of online play. Fighting your way through the Raccoon City outbreak across 11 scenarios, the Outbreak games are a fun and extremely diverse experience that offers up the largest cast of characters in the series and the most expansive Raccoon in any title in the series. From Kevin and Alyssa to Mark and Yoko, the player characters might not be Leon or Jill, but they’re beloved in their own right, and the events still get brief shout-outs to this day. We for sure would love to see the games added into this new PS+ library, but it is worth pointing out that there’s very, very little chance that they would include their original online modes as well. They are objectively lesser games without co-op, but Capcom’s already been clear that ports like this wouldn’t have the feature re-implemented. A shame, but at this point, we’ll take what we can get.

If Silent Hill was the GOAT of the PlayStation 2 era, the Fatal Frame trilogy was easily a close second. Across all three of these ambient supernatural adventures, there have been no greater personal fears for me, with the second entry, Crimson Butterfly, being among only a handful of games to have ever legitimately scared me when I first played it. Offering some of the most extreme tension and slow pacing of the entire genre, these shutterbug terrors are a delight to anyone looking for a more specifically Japanese take on horror (rather than trying to emulate western horror as its contemporaries did). While we did just recently get a remaster of Fatal Frame 5, these classics blow that one out of the water and I’m desperate to have them back once again.

While not as beloved as the others on this list, Clock Tower 3 is a creepy, bizarre escape from reality that more or less invented what we consider to be the hide-and-seek horror genre popularized by the likes of Outlast. Built in the same engine as Resident Evil and Devil May Cry, this freaky nightmare deserves to get a new lease on death.

Yeah, okay, this one might just be for me but I’d still love to have them back! What I’ve often referred to as the “last gasp” of PlayStation 2 style horror, these two adventures are a celebration of so much of what the genre had mastered by that point, mixing together the partner zapping of Resident Evil 0, the more complex world navigation and combat of Silent Hill, and its own brand of bizarre otherworldly horrors, these two games are just fantastic. With quite a few cool ideas of its own (including Alan Wake‘s flashlight vs darkness mechanic nearly a decade prior), I just adore these, and the second title, The Aftermath, has one of the genre’s best scores ever.

While not ‘scary’, Dead Head Fred is a fun horror-themed action-adventure game that nobody else seems to remember and I don’t know when I’d ever get to talk about it again. Playing as the titular Fred, we are tasked with finding out how we died and where our actual head is while swapping our temporary noggin out for a variety of specialized ones that grant abilities used in combat and puzzle-solving. It’s super fun, stars John Christopher McGinley (Scrubs), and has a real bomb score.

That about does it, but if you have any suggestions please let us know! We’re extremely hopeful that Schreier’s report turns out to be genuine, and that we get even a fraction of what’s on this list (we’d also gladly take many non-horror games like MGS1 and a GTA trilogy that isn’t super fucked up), but it could be a while before we know. Fingers crossed we get an announcement soon!