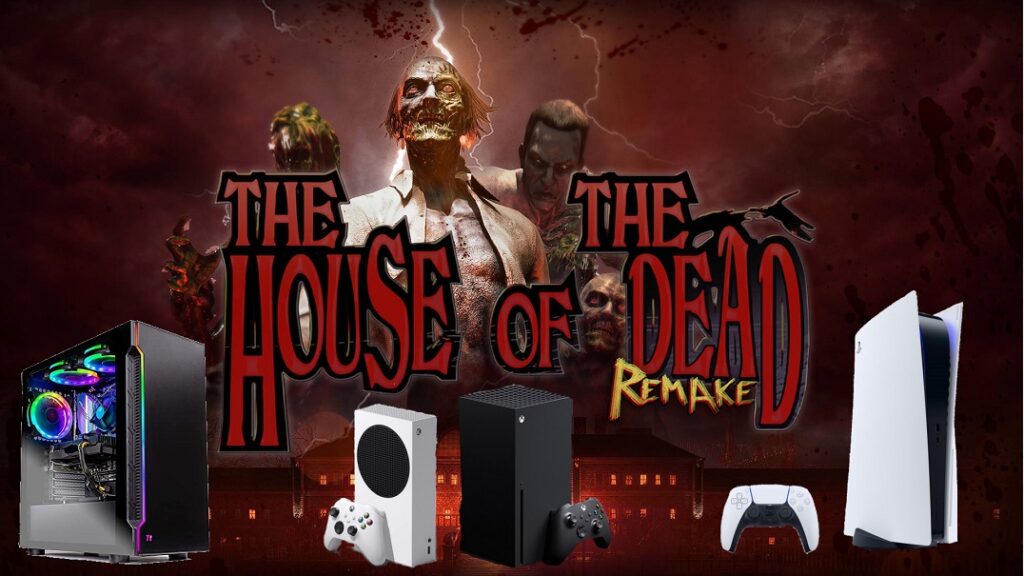 After reviewing the new House of the Dead: Remake a few weeks ago when it launched on the Nintendo Switch, we found out that versions of the game would be released for other platforms soon based on some financial reports as well as the history of Forever Entertainment’s relationship with Sega and Nintendo. To everyone’s surprise, not only did this news come sooner than expected, but the actual release of these various versions did as well, happening only a few weeks after the announcement.

In my review for the Switch release, my overall thoughts were that the game was a very faithful and loving recreation of one of the greatest titles in its genre, but that the Switch hardware was holding back a lot of what the game could have been. In the lead-up to these new platform releases, I’ve gotten a chance to check out every new version (besides Stadia) and will be going over all the differences between the platforms as well as how each one compares to the Switch version. 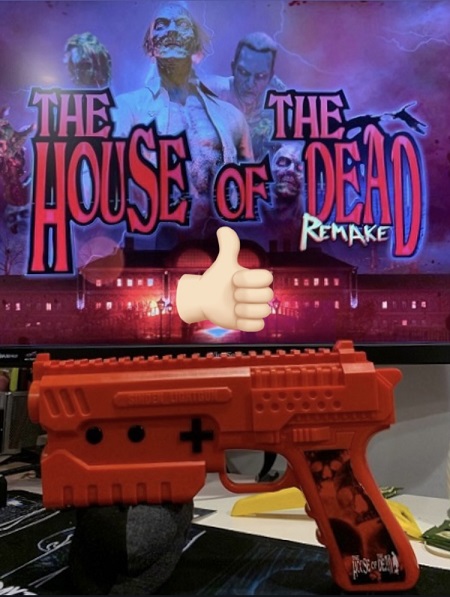 First up we’ll talk about the PC version, which was personally my most anticipated version, due to being able to use a real light gun setup instead of the gyro aiming on the Switch, and this factor did not disappoint. Being able to use a light gun setup with the game is extremely satisfying if you have something like the Sinden or the AimTrak, but there is one small caveat with that, in that the way the game is coded, you can only use a light gun for one-player mode, and the 2nd player must use a controller. This is ultimately just a caveat and it’s something that I’ve personally made the devs aware of, so this is likely to be fixed soon, but in the current state, you can only experience this with a light gun on the single-player mode. There’s also the option to turn off the on-screen crosshair while using the light gun if you prefer to have a more classic experience like the original arcade game, but this is totally optional.

Aside from that, the tracking with the light guns is solid in-game, and most importantly, the performance and visuals when playing the game on a high-powered PC and cranking the visuals up to 4K resolution is an absolute delight that absolutely dwarfs the 720p-or-less visuals of the Switch version. The framerate stays solid throughout if your PC can handle it, and it’s a sight to behold, as it really lets the models, lighting, and textures shine as they were meant to be seen, giving even more immersion into the world of HOTD and feeling even closer to later titles like Scarlet Dawn, which is nothing but a good thing. 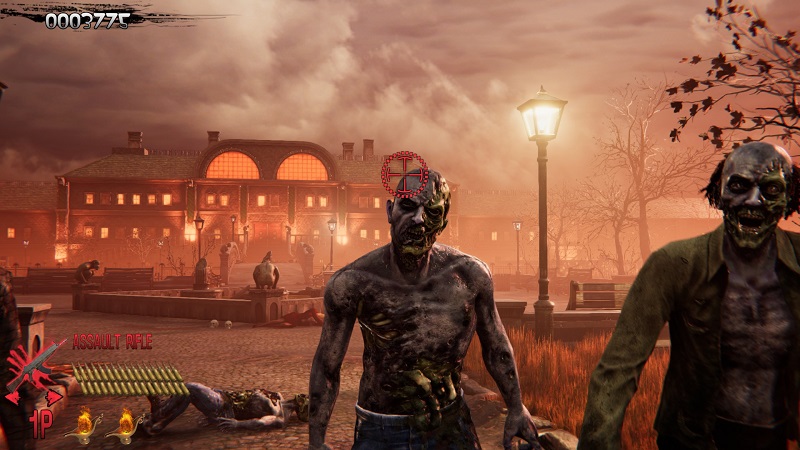 There are even some advanced physics features in certain scenes that were disabled for the Switch version, like flowing water that bursts out from the lab tanks as you shoot them and a few other things here and there that just add a little bit more to the experience by being there, and these features are present in all other versions besides Switch.

Even if you don’t have a light gun, the improved performance and visuals of the game are well worth picking it up, plus you can also use a mouse, which is arguably a lot better than a controller or gyro aiming, as many of us old-school HOTD fans who played the early entries with the Sega PC editions from the late 90s will attest.

All things considered, this is also only a pre-release build that I’ve gotten to experience, and I imagine things will only get better as they continue to update and patch it after release, but I already consider the PC version the ultimate version to have overall. 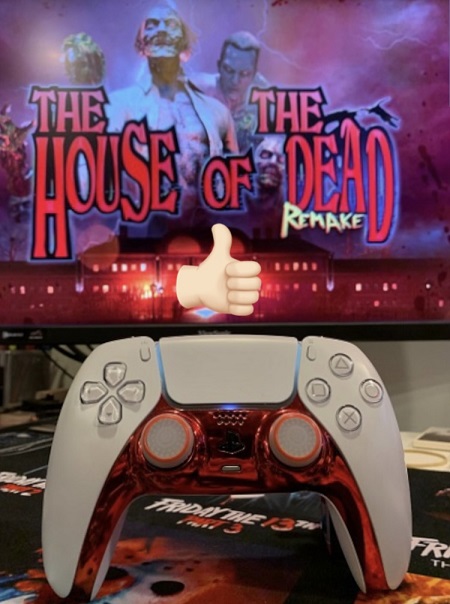 As for the PlayStation versions of the game, there’s currently only a PlayStation 4 version of the game, which just plays on the PS5 via backward compatibility, with no truly optimized version for the PS5 as of yet. The visuals and performance were very solid with no frame drops when playing on the PS5, even though it’s running at a fairly low resolution with some of the more advanced visual features turned off and no real options to tweak the performance, but it’s still an enjoyable experience with rarely ever a frame drop of any kind.

Playing on a PS4 Pro also had a very solid performance, with just a few framerate hiccups from time to time, especially in Horde mode, but nothing too extreme and nothing anywhere near as bad as the Switch version.

As for controls on the PlayStation platform, there’s mostly good news, with even better news on the horizon. In its current state, instead of just being locked to using the joysticks for aiming, you can also use the DualShock 4 or DualSense’s gyro features to aim as well, and the good news there is that the gyro system within these controllers is a bit more advanced than the Switch’s gyro system, so you’ll generally get a little bit better stability or performance out of these gyros, even if they’re still not perfect. 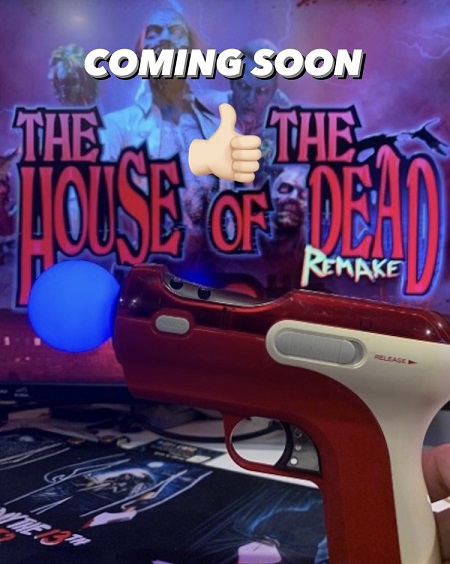 While the gyro aiming a solid option that gives a little more of an authentic experience than just playing with joysticks, the best news is that the developers have announced that they’re currently working on adding PS Move aiming support for the game in the near future. Unfortunately, this feature won’t be out in time for launch, but it’s great news that they’re working to bring back a feature that Sony had all but killed off after the PlayStation 4 came out.

I had mentioned in my recent article about the state of the horror light gun genre, that there are no PlayStation 4 games that support the PS Move for aiming besides PSVR games, so the fact that MegaPixel are going out of their way to include Move support on House of the Dead: Remake is a testament to their commitment to this game and to the user experience. 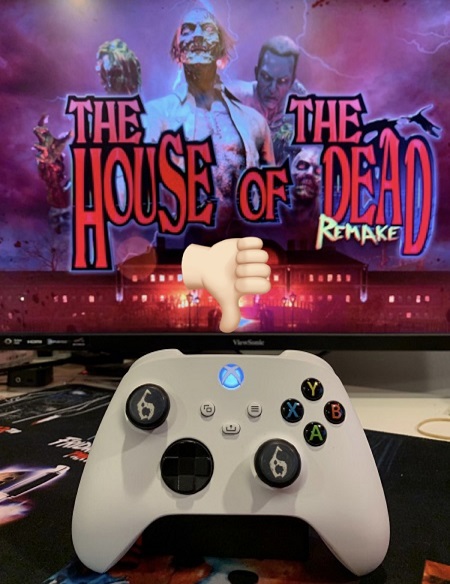 I got a chance to test the Xbox version of the game on both the new Series S and Series X consoles, and while it runs mostly similar to the PS4 version, the big downside is there’s no gyro aiming or any other options for aiming at all outside of using the joysticks. The plus side is that the Xbox version tended to run flawlessly across both of the Series consoles, where I never observed a single dropped frame as far as my eyes could tell across multiple playthroughs, including Horde mode, which tends to push the performance limits of the game on any platform.

Performance on the original Xbox One models is a bit sloppier, especially in Horde mode, but still not quite as inconsistent as the Switch version overall. Some hiccups and lower fidelity are present when playing on the older model consoles, but overall it still works and isn’t a totally broken experience. 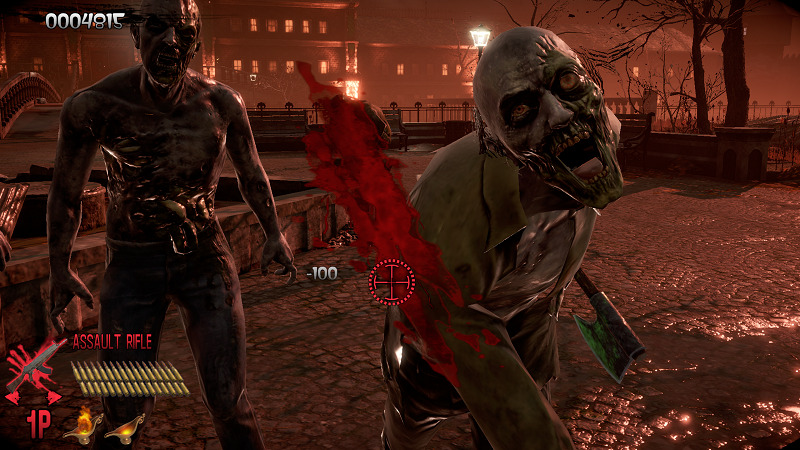 It’s a harder sell to recommend the game to anyone when the only option is playing with a joystick, but if you’re a fan of the series and only own an Xbox console, the option to play is still here and it runs great on the newer Series consoles.

The fact that The House of the Dead: Remake is getting released to new platforms so soon is a treat to all light gun fans, especially since every other version outshines the Switch release on most fronts and presents the game closer to how it was meant to be.

If you’re a fan of the original game or the HOTD series, hopefully, you’ll find a way to play one of these versions on a platform you own and enjoy it as much as I have in the last month. It’s available today on Steam, GOG, PlayStation, Xbox, and Stadia, and is on sale for a limited time on all platforms.