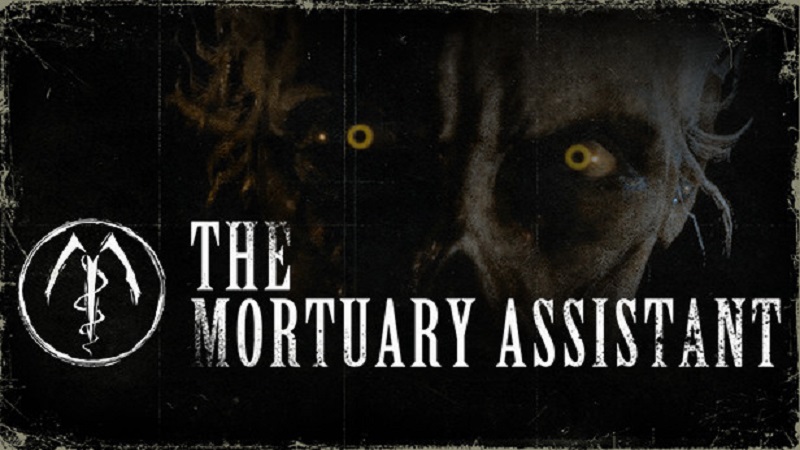 Anyone from a more scholastic background may be familiar with the work of Bulgarian-French philosopher Julia Kristeva, particularly her writings on abjection. In a nutshell (though some may correct me on this), horror has the capacity to drill into the base instincts that disgust us to the point of fear. The sight of blood, vomit, feces, and death cause a desire to separate oneself from such “abjection,” to not be reminded of the fragile mortality of our own existence.

While horror gaming does lend itself to the disgusting, especially with its frequent depictions of death and corpses, none really get right into the heart of this ancient human fear of the cadaver quite like DarkStone Digital’s The Mortuary Assistant.

As a rational and educated student, Rebecca is afforded the opportunity to work as a mortician, or rather a mortician’s assistant, a career that’s been her end goal, much to the dismay of her caring grandmother. However, from day one, the excitement of embalming bodies is quickly offset by the presence of something unusual in her place of work. Her boss, Raymond, is acting weird, there are shadows in the corner of her eye, but she immediately dismisses this as a sane human being with a scientific mind.

Then the first night shift comes. 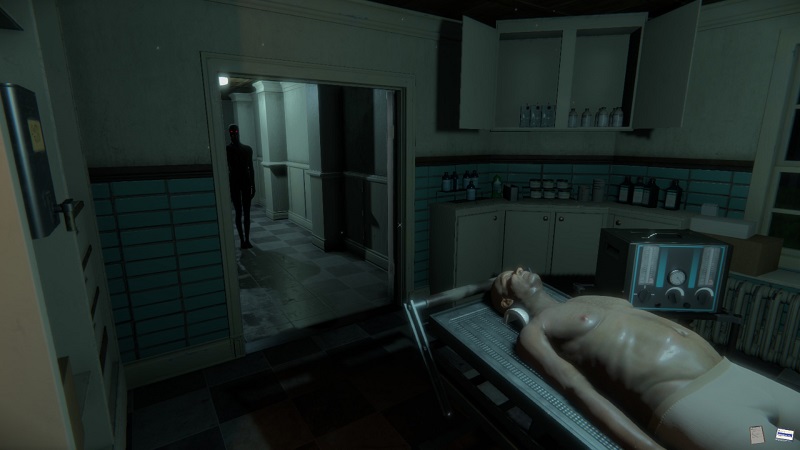 Amidst the procedural work of caring for the dead, preparing them for their trip to the afterlife (if one believes in such a thing), there is an immediacy that is spoken of from the offset. An unexpected, and rather jarring, phone call from Raymond makes it clear that River Field Mortuary is the centerpiece of pure demonic evil. Rebecca has become trapped in this nightmare, in which she must not only complete her own work, but also see to the disposal of whatever presence is trying to get into our world. And all this before she becomes the conduit for hell’s most unholy entities.

At first asking, The Mortuary Assistant can feel a bit daunting. Even after the opening tutorial section, which is great at introducing the embalming methods that players will need for the subsequent parts of the game, it feels as though there may be little guidance on offer. However, as well as the medical procedures that need to be performed on all three cadavers, Rebecca’s boss has also left a number of tape messages around to help with the cleansing of the evil spirits.

It’s quite a lot to take in at first, with each tape alluding to some vital piece of information that will assist Rebecca. As well as a database of demons outlining the sigils that can identify each one, there are letting strips that can point to where any sigils are hidden, and a stone mark used in the final stages of the ritual. The basic premise of the game is to identify which body is currently housing an unwelcome entity, more importantly which specific demon it is, and then burn the body in the correct manner to cleanse it. Rinse and repeat every single night. 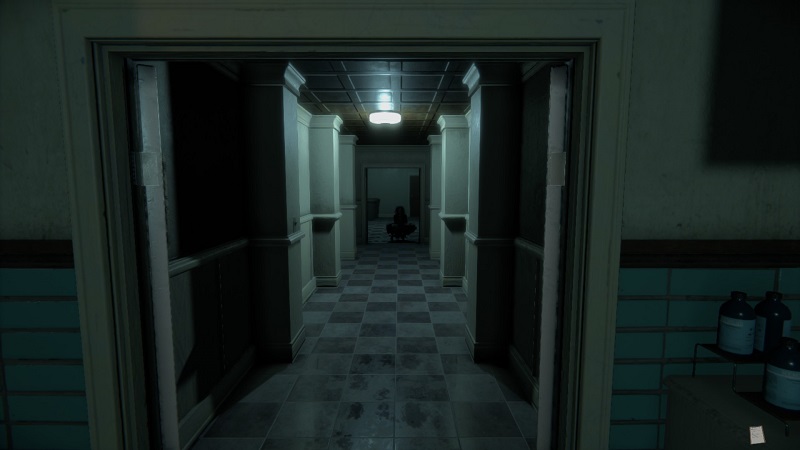 It does feel like everything is thrown at the player in one go. While Rebecca has her trusty clipboard which shows the stages of the embalming that need to be completed, it can seem overwhelming as it becomes a chore in itself just getting to grips with the actual job at-hand. To have the sudden manifestation of an eerie presence interrupting your work just adds to it, but it’s also where the game’s scares come into effect.

See, many of the events in The Mortuary Assistant can occur at random. Within such a confined space, there is the very real possibility of turning around and seeing a face at a window, a pale creature on top of a cabinet, a shadow down a corridor, or the very corpse on the table stood to one end, looking down at its own body before snapping out of existence.

The intensity lies in these unpredictable occurrences, as if the idea of getting up close to a cadaver and inserting tubes and trocars, wiring mouths shut, and draining it of fluids isn’t enough to take in. How much the embalming methods are based on real-world procedures seems irrelevant. The game simply places you in the situation that many of us would prefer not to be in, no matter how logical our minds may be. 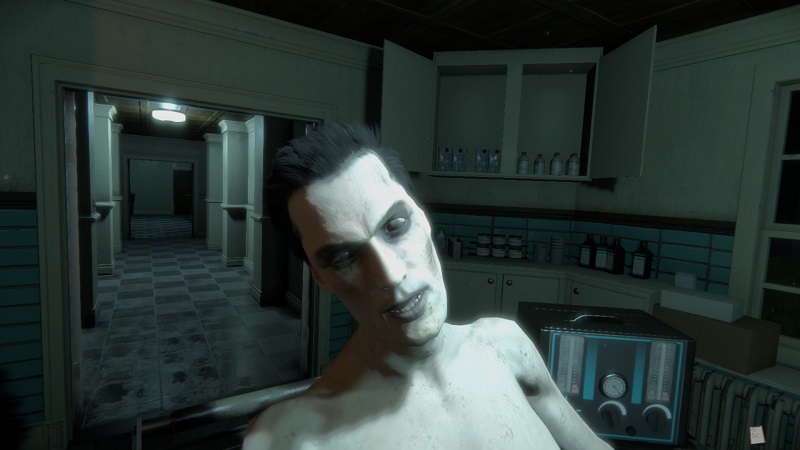 What DarkStone Digital (run by solo developer Brian Clarke) does remarkably well is reach into this primal fear of death by forcing players to approach it head on, though in a professional capacity. Try as you might, there is no escaping the very real thoughts that intrude as one is tending to a body. Questions like “what if this body suddenly moves?” or “what if I turn around and it’s disappeared?” are ones that absolutely beat at the heart of these base fears, putting players on edge.

Now add onto that the notion of being confronted by demonic interlopers, hell-bent on making their way into the realm of the living. Essentially, there is a powerful recipe here for turning even hardened horror fans into a bag of nerves. I admit that I had to stop playing with headphones on at one point, because the constant fear of being jump scared when I turned around was taking precedence over progressing in the game.

However, it is quite short-lived. There are numerous events that occur seemingly at random, as well as ones that feel scripted and reveal some of Rebecca’s dark past, but it eventually becomes part of the furniture. Eventually, perhaps once the main story aspects are pieced together, the game switches from a pure and horrifying experience, into one in which players have such a strong desire to work out what they’re dealing with, that the scares almost take a backseat. 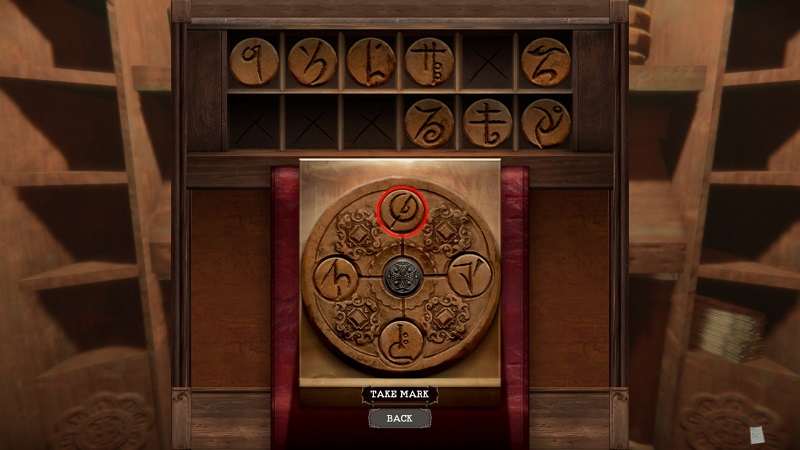 It’s still pretty intense due to the uncertainty of what will occur and when, but there’s a very slight Phasmophobia vibe to it. In the way that Phasmo can quickly become less about the terror of seeing a ghost and more about concentrating on the investigation, Mortuary Assistant becomes a sort of puzzle. There is an enormous amount of repetition as the embalming procedure has to be done over and over on each cadaver, and always in the same order, that it even feels like a speedrun challenge at times.

From a thematic standpoint, I do enjoy how it creates this juxtaposition between the rational world of medical science, and the more ritualistic aspects that almost border on religiosity. Both elements work well in this context, as the player (and indeed Rebecca) become a sort of linchpin, or maybe an interpreter, in this ongoing battle between science and religion.

If there is a major complaint to be had, it’s that there are some very notable bugs. One such instance soft locked the game entirely, forcing me to restart the night. However, the developer has acknowledged the issues and rolled out some updates. This is always appreciated. But I will go on record as saying that there are still some immersion-breaking glitches, such as ghosts not disappearing when approached. Over time, it seems that these will be patched out in future updates, but overall, the game is in a fairly stable state as of this going live. 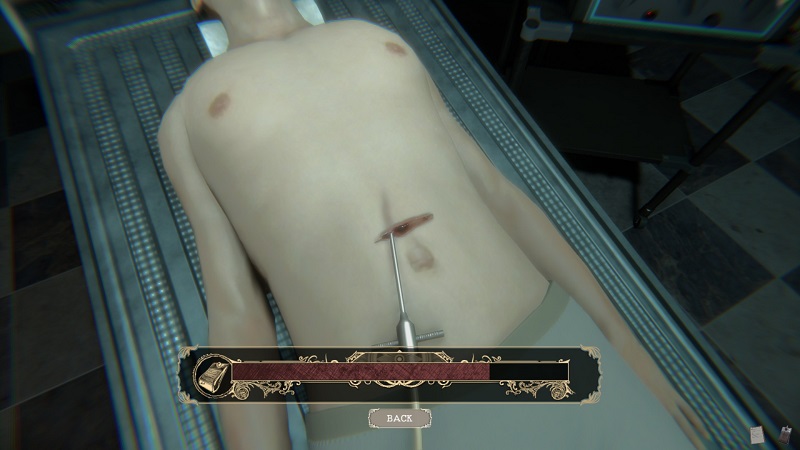 In conclusion, The Mortuary Assistant is a unique horror game that creatively exploits so many people’s phobias about dead bodies. To some, it may even be confirmation that their fears are well-grounded, seeing as the game is about actual demonic possessions, and the idea of hell being a very real place in what should be a world governed by reason and intellect.

As a game, it works well, but does become quite repetitive after a few nights, both in gameplay mechanics and events that occur. That’s not necessarily a bad thing, as it seems quite obvious that the epicenter of what players need to do lies in discovering the correct demon in the correct body. With that, there is replay value to it, and while this modern era of gaming may cause some to wonder whether a multiplayer version could ever emerge, it’s so nice to see a game that strips the player of any emotional support, and throws them into this solo experience to confront their biggest fears alone.

A review code for The Mortuary Assistant was provided by the publisher.