Review: Lust From Beyond - Rely on Horror

Review: Lust From Beyond 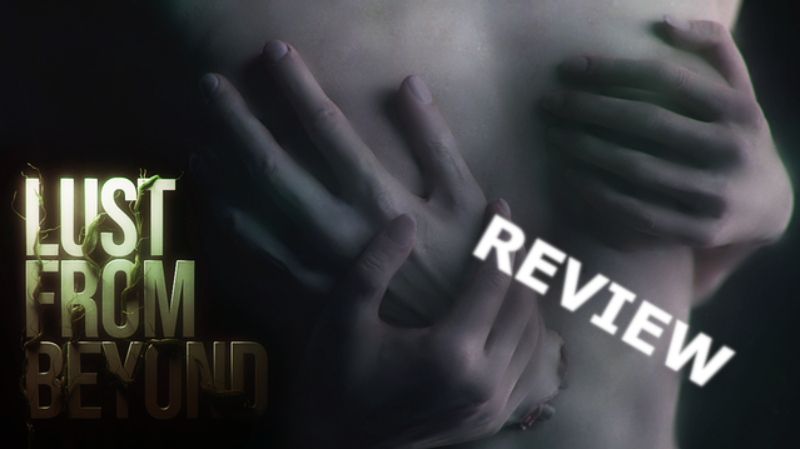 There are those of us who will remember the controversy that followed in the wake of video games that featured sex of any description. From 1982’s Custer’s Revenge to the infamous “Hot Coffee” feature (and it was a feature, not a mod created by the community) in Grand Theft Auto: San Andreas. At the time, society seemed to throw up its metaphorical placards in outrage at the industry’s sheer audacity to show digital representations of anything genital-related. Recent endeavours, however, have shown that there can be spaces in more mature and serious games for the occasional graphical reference to sex and nudity. More and more titles seem less timid about showing the erotic side of life, even if that eroticism is stripped of any alluring aspect and instead shoved into the gamer’s face as a horrifying encounter (looking at you Outlast). What I’m saying is, ten years ago there’s no way the likes of Lust From Beyond would have seen the light of day.

Described as a “psychosexual horror game,” Lust From Beyond is the second installment in the Lust series (the first being Lust For Darkness) from Polish studio Movie Games. It chronicles the tribulations of Victor Holloway, the proprietor of an antiques shop who only wishes to celebrate his anniversary by sprinkling petals on the floor in a romantic gesture for his girlfriend before getting his freak on. Unfortunately, Victor is plagued by voices that whisper sweet eroticisms into his mind and subsequently finds himself transported to Lusst’ghaa, a dark and squelchy realm of extreme arousal and madness. 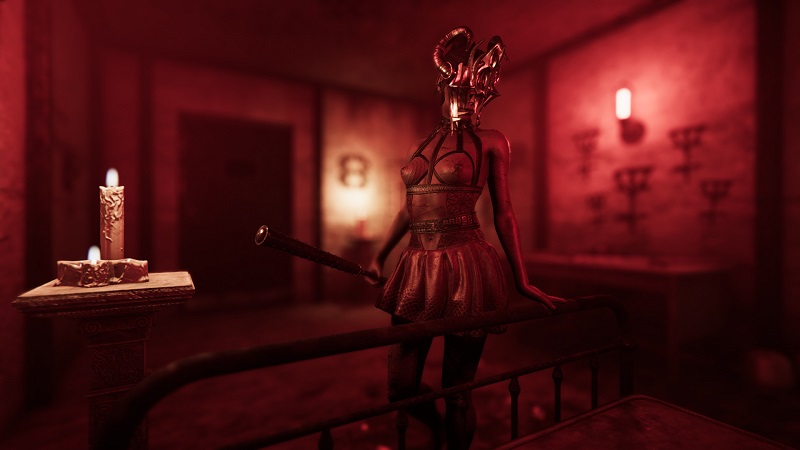 The game itself is a shameless homage to everything H.R. Giger and Zdzisław Beksiński with some Lovecraftian elements thrown in the mix and a dash of The Wicker Man added for seasoning. What Lust From Beyond wants to do is create a perfect blend of horror and sex, with equal parts terror and intrigue for players. It’s worth saying at this point that there is zero subtlety to it. Movie Games have thrown everything sex-related they can at this game to the point where it eventually moves from the realm of shock into that of the ridiculous.

Perhaps where the game falls down the most is in the writing and voice acting. The story has the potential to be truly interesting and different, with its cultist themes and elder gods arc. However, the plot lines feel deflated with character interactions taking the story far more seriously than any human could possibly take it. The voice acting feels wooden at times and overly dramatic in others. It’s hard to know whether this was an intentional choice to give off an obvious B-movie vibe, but it often falls short of bad-on-purpose and feels just plain bad. I don’t really hold the voice actors responsible for this. Much of the written dialogue is poorly scripted with lines that feel unbelievable, even in this world. Often conversations between characters – although skippable – go on for entirely too long and have a cheesy cringe factor to them which makes paying attention sometimes unbearable. 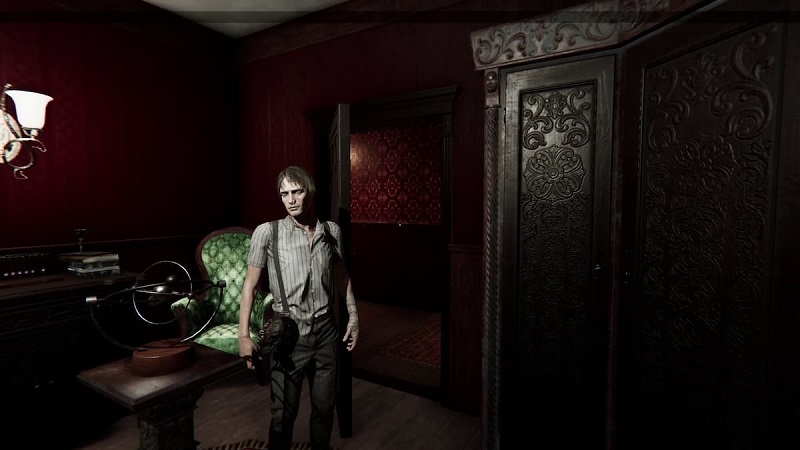 Where Lust From Beyond partially makes up for this is in it’s visuals. While the sight of phallic and yonic symbolism is strewn about the realm of Lusst’ghaa in a way that is less suggestible and more “here are some penises and vaginas,” Movie Games has created a stunning – if gooey – world that has a surprising amount of color in it. While the level designs do leave something to be desired, it is an aesthetically pleasing world with great statues and hellish environments that are still horrifying from a story perspective, even if they do look quite pretty.

It also pays homage to horror game mechanics from the likes of Amnesia: The Dark Descent. It captures the same kind of Gothic aesthetic that made Frictional Games’ 2010 masterpiece so influential, not only through its earthy set design, but also through its inclusion of a lantern and a sanity meter. The sanity meter mechanic seems to have died out over the years, but Movie Games have made an attempt to bring it back. However, the game would have been fine without it. Sanity only seems to be reduced at scripted moments and unless you run out entirely, the only thing that is noticeable is a wobbly screen. When it does run out, however (which admittedly is rare), it switches the control scheme between backwards and forwards, making moving forwards a fight against the game itself. It was obvious this was meant to pay tribute to survival horror games from ten years ago, but it’s not executed well and unless it’s depleted, it’s easy to ignore.

What I found most surprising was the inclusion of a combat mechanic. I may not have said it on this website before, but I’ve become something of a stalwart proponent of horror games that don’t have the ability to fight back. Without a weapon to fight with, and having only the option to run and hide, games can really tap into a player’s fear factor and create not just a horror game, but a psychologically damaging experience. As soon as Lust From Beyond gave me a weapon, the game ceased to be scary. 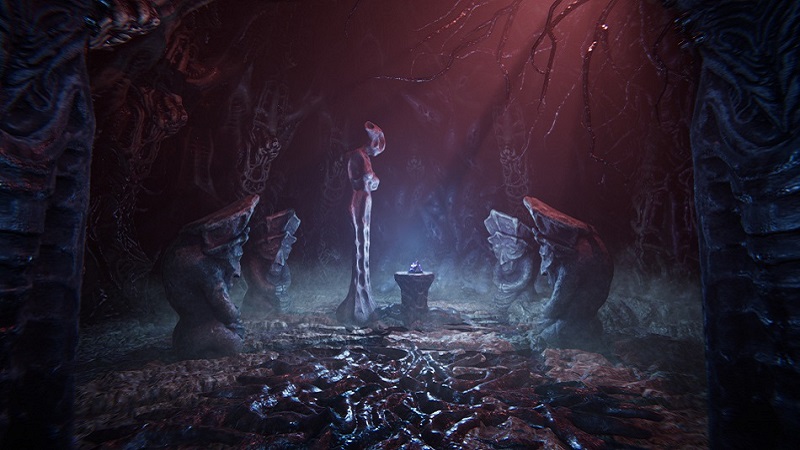 And herein lies one of the game’s biggest problems. Without anything to be scared of, so long as I had a weapon, the only thing left to focus on is the sex scenes, of which there are plenty. The game thrusts the player into so many sexual encounters, either through visual imagery, orgasmic sounds behind locked doors, or sex that must be interacted with, that it loses its edge very quickly. I said earlier that it borders on the ridiculous and I stand by that, but what it also does is become predictable and bland. It is, in fact, possible to become bored with sex.

Naysayers may offer a rebuttal to this. Why criticise the sex scenes when you know the game is full of sex? A valid question, but to me, it’s like being offered a jar of cookies. You know what’s in them. You might be excited to open the jar and start chomping away. But eventually, even though you knew the jar was full of cookies, after eating so many, eating cookies is something you don’t really want to do anymore.

Lust From Beyond fails to hit a lot of marks in terms of creating a great horror game. The ideas were there, but the execution was subpar. While visually stunning with some interesting story elements that would be easier to digest if it didn’t go on and on, the game fails to create any kind of decent horror experience. There’s no threat when you can fight back. There’s nothing horrifying about the third or fourth orgy you’ve seen. And there’s no immersion from a weak script. Add onto that a series of tedious fetch quest puzzles to solve and enemy AI that’s almost amusing, there’s not much that feels redeemable. Which is a shame, as Lust From Beyond could have been a pivotal moment in showcasing sex in horror as a serious subject, rather than the uninspired, try hard end result that was this game.

A PC code for Lust From Beyond was provided by the publisher. 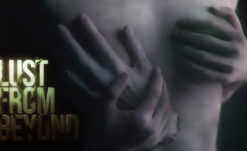 Lust From Beyond Gets New Release Date and Dev Diary