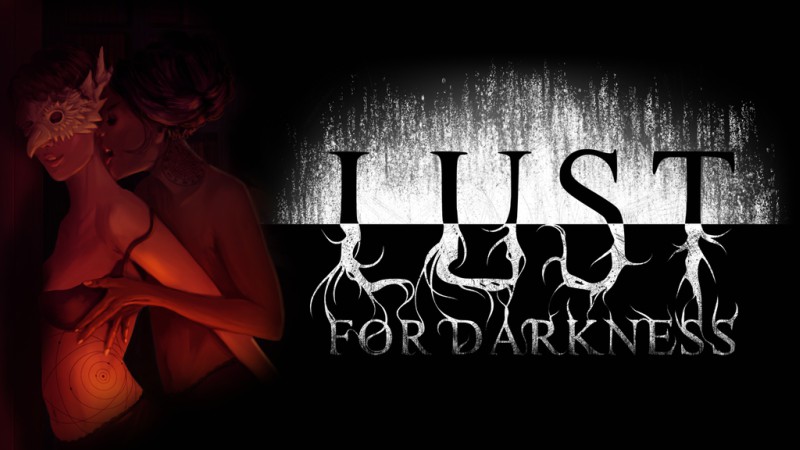 Brace yourselves, kids. This review is not safe for work, public spaces, or virgin eyes. Lust for Darkness is NSFA. Now that we’ve got that out of the way, a spoiler alert: it is completely impossible to spoil this game. With tits and ass abound, Lust for Darkness falls limp by way of little substance, uninspired gameplay, and an amateurish understanding of kink. Playing this one felt like watching the reviews roll out for Agony. A sinking pit opened in my stomach as I traversed the rooms, slowly devolving into deep sadness as the credit began to roll.

First, let’s discuss what Lust for Darkness does well. The graphics and style are incredibly reminiscent of Amnesia, and the game seems to take much of its inspiration from that cult classic. The Victorian steampunk decor and private estate setting lend themselves easily to the visual stylings of Frictional Game’s influential game. The Lovecraftian story makes including Amnesia‘s insanity mechanic a breeze. Both create the perfect background for thoughtful puzzles. There isn’t another Amnesia coming, as far as anyone knows, and it has a huge player following. So Lust for Darkness, and all of its similarities to this game, should have made it an easy hit. So what the actual hell happened? 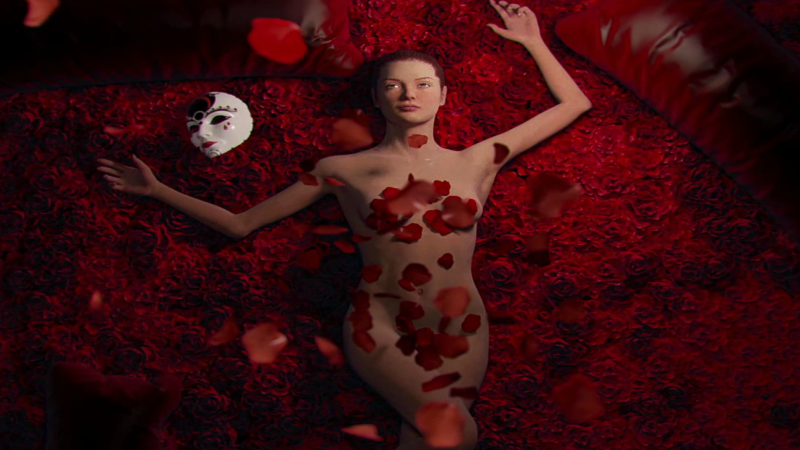 Somehow, most of the puzzles in Lust for Darkness manage to be even worse than the story. I’m adding an image here of a box you find at what should be a tense moment. I spent a fair five minutes looking all over the tiny room I was in for a clue to unlock the box and get the key I needed to leave. Finally, I turned the box over by accident as I was putting it down. For some unfathomable reason, the code to the padlock was written on the box itself. Most of the puzzles in Lust for Darkness are exactly that difficult. Grab this item four feet away and use it in the slot in front of you. Put on a mask that opens doors and creates pathways. If you leave it on you’ll go insane, but you have a hotkey to put it on and remove it instantaneously. The only puzzle that has any redeeming quality is a spiral staircase with image spinners you have to align in the correct order. Being an avid player of Silent Hill, it took me about thirty seconds to figure out what to do here.

Enemy encounters stack up with exactly the same stats: there is one good one and everything else is mediocre. The first example of this is sneaking into the mansion. I didn’t realize I was actually meant to be sneaking around the cultists until I walked right up to one to interact. It turns out, there is an outfit in the garden you must locate and change into before you are allowed to move freely on the grounds. There is also an invitation lying around, which comes in handy for getting inside. Anyone with an itchy run finger and low patience will likely find themselves passing by the guards without ever encountering a problem, making the entire area a bit funny.

Avoiding the creatures of Lustt’ghaa works the same way. Just run past them and down the linear pathways, and you’ll be fine. The one boss is where enemy encounters finally become fun, requiring the unarmed player to watch what he’s doing and use it to their advantage. Unfortunately, I had to reload that section three times because the boss got stuck in the initial area and couldn’t make it to the main arena, forcing me to exit to the main screen repeatedly.

The ending follows suit with everything else in the game. It wasn’t bad, but it wasn’t good either. The one impressive thing about Lust for Darkness is its absolute dedication to being completely middling. The weird bondage sex scenes are what I’d expect to see at beginner night in my local BDSM club. While they are a fun thing to see in a video game, the implication that this should be shocking to the point of driving the main character mad when he sees it is silly. Unless Jonathan has never had sex outside of lights-off missionary, nothing the humans were doing in that mansion should have been so astonishing. On Fetlife, these cultists would have registered as either hedonists or primals. Sadomasochists, tops, and bottoms they are not. The monsters don’t even seem to mean to do anyone harm, they’re just animalistic aliens who don’t realize that their bits don’t fit. 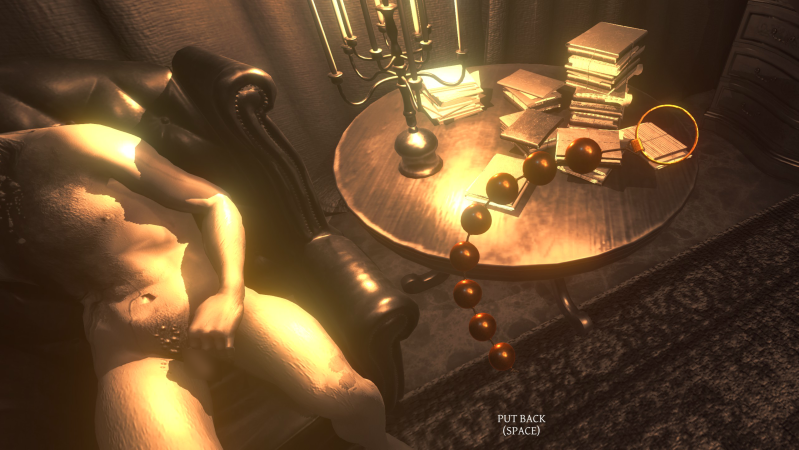 The most disappointing thing about Lust for Darkness is that I put my money behind it as a backer on Kickstarter. It’s not the worst game I’ve played, but I don’t have any desire to hop back in after the few plays I gave it to change my mind. It’s a good proof of concept, and maybe Brazzers will pick it up and join in the video games industry. With a huge investment and some serious redesign, Lust for Darkness could be a lot of fun. As it stands now, though, it’s just a way to kill a couple of hours while something else downloads. For the hundreds of people who believed in this game enough to finance its completion, that’s a real kick in the balls.