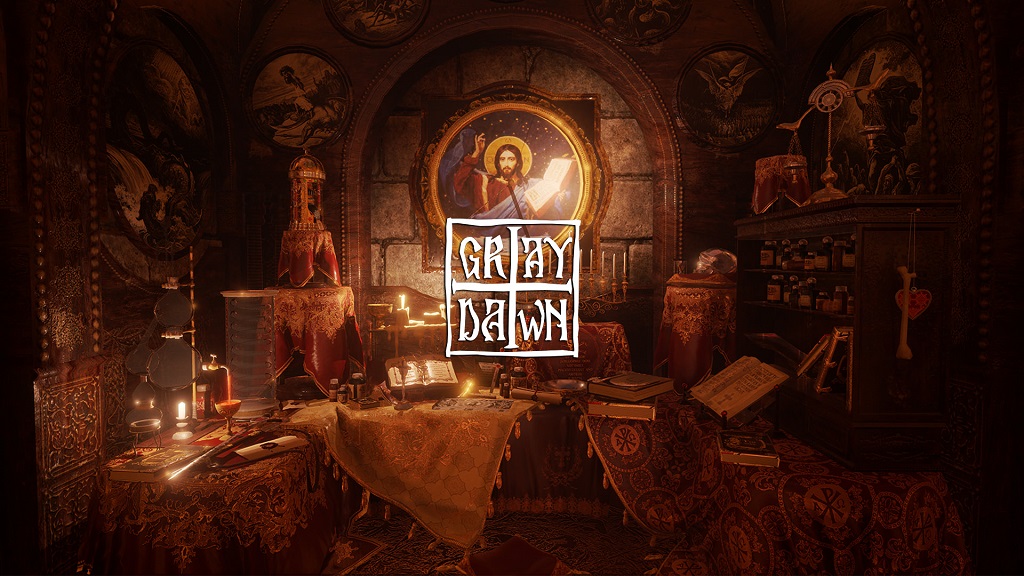 Christmas, 1912. Father Abraham Markus sits in his private chambers at the Black Tower Parrish. A series of brutal murders have occurred, taking the lives of several children and you are the prime suspect. Suspected by the Church of not only being a murderer but also of being in league with the Devil himself, it’s your mission to discover the truth about the murders and clear your name.

The inventive and religiously-themed Gray Dawn starts off as a murder mystery but quickly develops into something more expansive and evocative. Similar in tone and gameplay to exploration-driven narrative games like Dear Esther and The Vanishing of Ethan Carter, Gray Dawn thrusts you into a surreal world that has you constantly questioning the reality of your surroundings. You take control of Father Markus as he explores the grounds of the Parrish and its surrounding environments, including a graveyard, underwater crypt, multiple churches and numerous fantastical, dreamlike settings, in an attempt come to terms with his grief and resolve the sins of his past.

Right away, I was taken in by the style, tone and look of the game. Warm, rich colors glowed inside Father Markus’s chambers and the highly detailed props and paintings really helped set the mood. Ominous religious imagery can be found practically everywhere and exude a pervasive, unsettling sense of dread. The graphics are well executed, especially the character of Father Markus. Early on, there is a scene of him praying with his arms outstretched and the models of his hands and arms are very well done and really conveyed the emotions and faith of the character. Every item you pick up, you get to examine and rotate in 3D. I’ve always loved that effect and here its accompanied by expertly rendered items and props. Lush outdoor settings stretch into the distance and are filled with intricate, fully realized structures and decorations. Each location felt very evocative, with its own unique, surreal scenery. 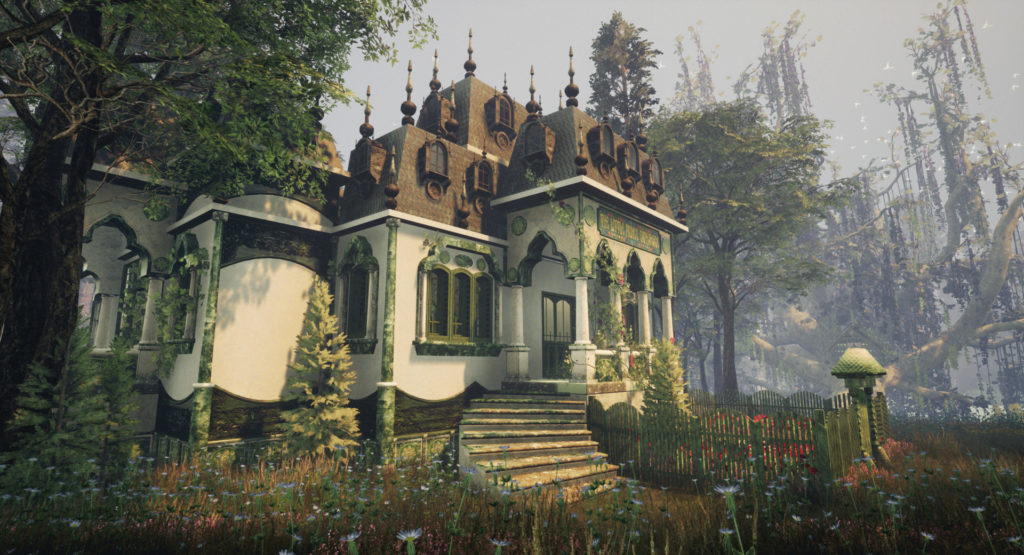 Overall, the game has a slower pace, with a heavy emphasis on exploration. You find clues to your character’s backstory in news clippings, photos, and wax cylinders, which you can listen to using various phonographs scattered about the various areas. Throughout the game, you come across several puzzles, which are mostly simple, but intuitive and engaging. This is a game that is heavy on ritual, both in its story and gameplay. It invites you to participate in those rituals firsthand, requiring you to perform numerous religious rites to progress. These rites are usually directly associated with psychedelically transitions from one reality to another.

Early on in the game, you acquire a heart-shaped device that allows you to shift back from one version of your surroundings to the other. While not revolutionary, this mechanic is not overused and serves to flesh out the environments and exploratory elements of the game, rather than simply to be a flashy effect. The device is closely tied to the central thread of the game and acts as a sort of external representation of a character’s point of view. To say any more would ruin the economical, yet intricate plot. On the surface, the majority of the things that happen in the game seem simple, but as you make your way through a variety of horrific and fantastic areas, much of what is explored reveals itself to be more profound. There is a philosophical, spiritual weight given to almost every aspect of the game’s story and characters. Frankly, it’s a welcome change to the mostly nonexistent plots you get in your average horror game. This is also a game where you have to put the pieces together mostly by yourself and the game encourages you to take the story at your own pace. While it can be challenging at times to wrap your head around everything that’s going on, it’s rewarding when you’re finally able to see the bigger picture. 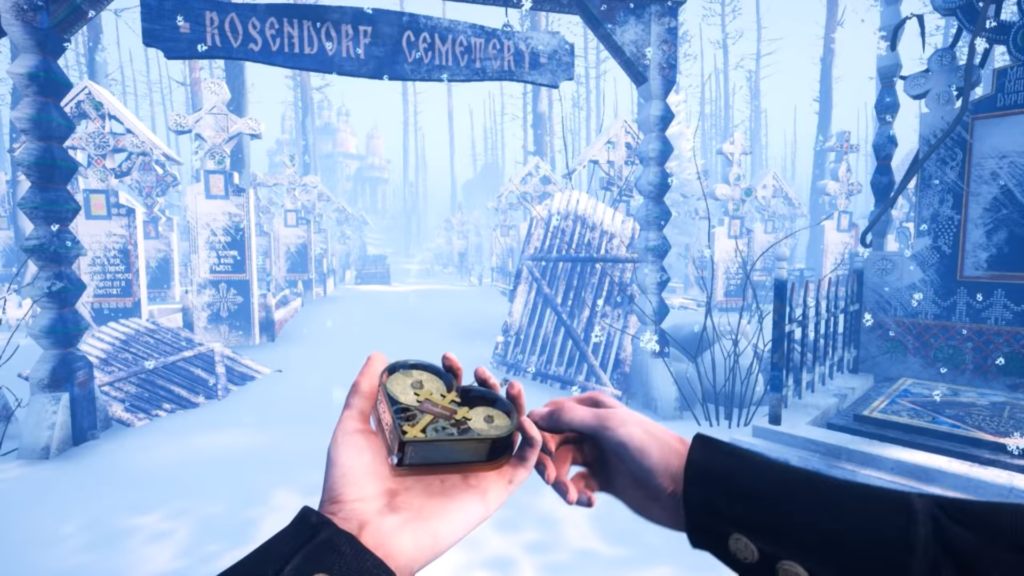 As Father Markus navigates his way through the grounds of the Parrish and beyond, he is frequently plagued with grotesque visions which test his faith. Religious imagery such as statues, icons, and paintings twist themselves into blasphemous, bloody versions of themselves and you are constantly left wondering whether these visions are real or if they’re just a part of some delusionary fever dream. The more that is revealed about Markus’s character and history, the more obscured the implications of these visions become.

One of the things I look for in any good horror game are actual scares. Some games excel at mood, but aren’t truly scary, while other games have zero plot and are all about the jump scares. Gray Dawn starts off as a slow burn but briskly evolves to deliver the goods. It was never so bad I wanted to stop playing, but it was definitely spooky and gave me the literal chills a few times. The scares weren’t necessarily complex either, they were just simple and effective. I also really loved the voice acting. It’s a little wooden and affected, but it has a distant, disembodied quality to it that I found really suited the tone, characters, and story. The soundtrack is subtle and also creates an appropriate ambiance. A perfect example of less is more. Both remind me of the style of some of the mid-to-late nineties PC games like Sanitarium. 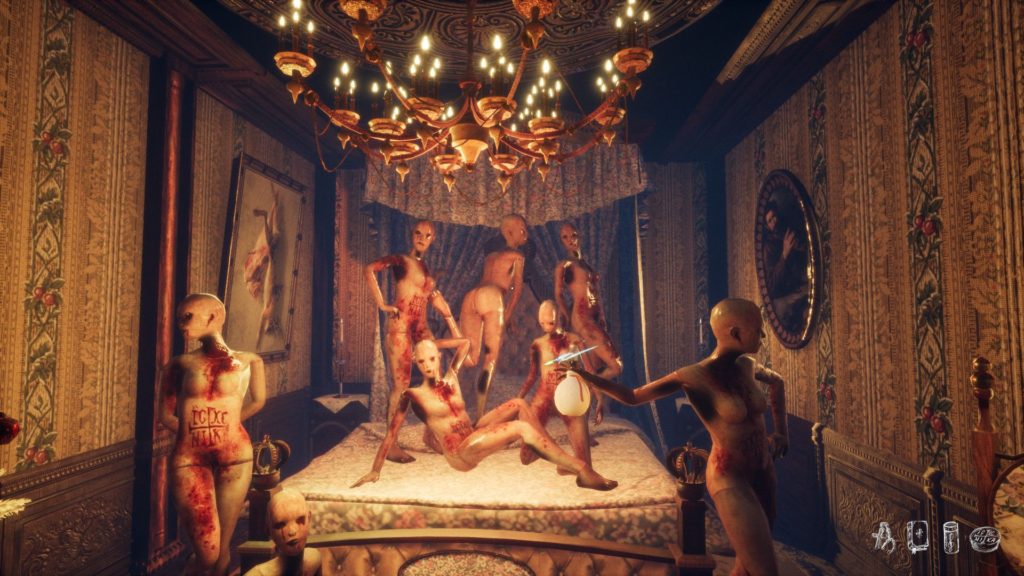 I enjoyed my time with Gray Dawn. It’s an abstract, intimate tale of grief crafted by a team with enough resources to realize their vision effectively. Its focus on religion and spirituality really helps set it apart from the crowd and it felt cool to inhabit and explore the world of the game. It was also lean and didn’t overstay its welcome. Every new area felt fresh and felt like it evolved the game’s story and gameplay. There aren’t a ton of religiously-themed games out there, let alone horror games, so if you’re into a more dreamlike, exploration-based game, this may be the one for you. Check out the demo on Steam. If you like what you see, the full game is only $20.