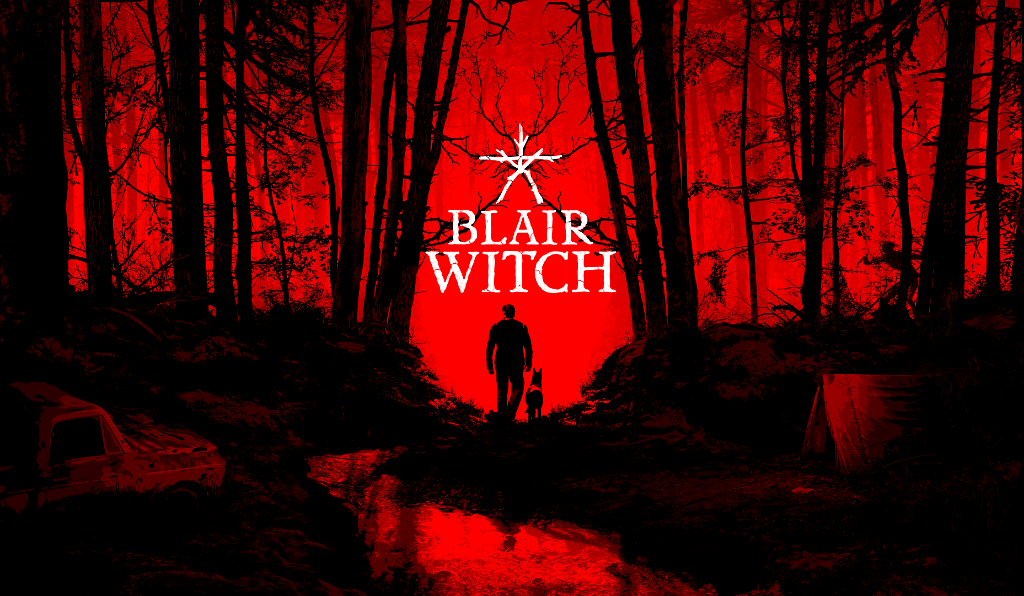 The original 1999 The Blair Witch Project ­is inarguably one of the most influential modern horror films in existence. A masterful composition of looming dread and performances that infect viewers with the anxiety felt by its characters, The Blair Witch Project not only defined the found-footage horror genre, it is also rarely bested, even to this day. Now, a new canonical entry in this iconic series comes to us fans in the form of a first-person survival horror game developed by none other than the horror maestros collectively known as Bloober Team, the creators of the Layers of Fear series and Observer. It’s a delicious match made in hell.

Accused of witchcraft by children in the town of Blair in the year 1785, a woman named Elly Kedward was bound to a tree in the forest and beaten. The curse of the Blair Witch became the thing of folklore in Burkittsville, Maryland (the town after it was renamed many years later), but numerous disappearances and strange occurrences within the forest gave locals just enough reason to be skeptical that the story was only just that. In 1994, students Heather Donahue, Joshua Leonard, and Michael Williams ventured into the Black Hills Forest with video cameras to document their pursuit of the local legend. They were never seen again. The only thing found was a series of videotapes that captured, but never outright showed, the dark entity that tormented them. 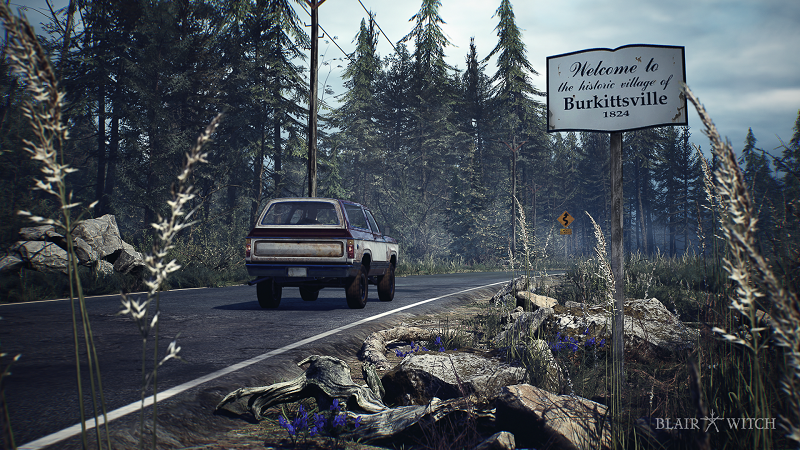 The fictional lore of the Blair Witch has been fed to us viewers in bite-sized pieces since the release of the original film, with material such as the Curse of the Blair Witch documentary and the 2016 film sequel Blair Witch conservatively expanding on it. Bloober Team’s Blair Witch game takes place in 1996, two years after the events of the first film. Disappearances continue to surround Black Hills Forest, and the search for a young boy leads a former police officer named Ellis to join a search party. Aided by his trusty German shepherd, Bullet, Ellis enters the forest, intent on redeeming himself after the mistakes of his past — giving the Blair Witch a new troubled soul to latch onto.

As I’ve written in all my reviews of previous Bloober Team games, this studio excels at crafting horrific, awe-inspiring imagery that grows increasingly surreal. Blair Witch, when compared to their last few horror games, is a major setting change for Bloober Team. Here they trade the small interiors and hallways of Layers of Fear and Observer for Blair Witch’s expansive, yet surprisingly claustrophobic, Black Hills Forest. From the very beginning, the forest inspires unease. The lighting, density of the trees, diversity of the terrain – it all comes together to perfectly recreate the sinister iconic setting. 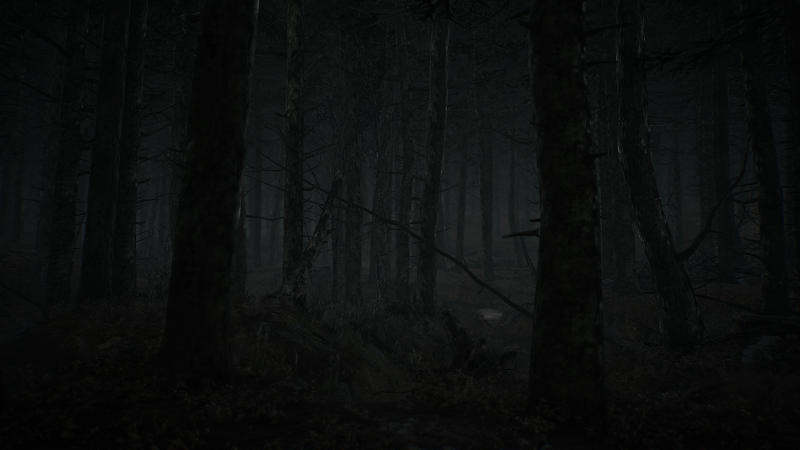 Ellis is an imperfect protagonist struggling from trauma who takes up the cause to find the missing boy to prove to others and himself that he’s capable of redemption – of changing for the better. Ellis has a lifeline to the outside world through a radio and a cellphone, of which he uses to interact with the search party and his ex-girlfriend Jess. Interactions with other characters become more scarce the deeper into the forest Ellis goes, and it’s entirely optional to respond to messages or make an effort to contact the outside world – ostensibly this ties into the many hidden actions that the game tracks to determine the ending unlocked. At his side, Ellis has Bullet, a loveable companion that just might win best video game dog in 2019. Ellis can issue multiple commands to bullet – some tied to finding objective markers and others purely sentimental, such as keeping bullet close to you for his own safety (though he cannot be hurt by enemies) and giving him a good scratchy. Bullet can also be reprimanded, but how you treat Bullet affects how he will respond to Ellis over time, and likely affects the ending as well.

The original Blair Witch movie and a sliver of the vastly inferior 2016 sequel instill a very specific type of fear in me. Something I’ve noticed about myself is that I register emotions as “shapes” in my mind. Certain emotions feel like they take on a specific shape, which I can partially visualize but primarily feel. Anxiety, happiness, anger – they all have their own form. The type of fear I get out of watching the Blair Witch films is very specific (perhaps an instinctual fear of the forest?) and Bloober’s game triggers that exact sensation. To me, this is a testament to how well this game adapts its source material. 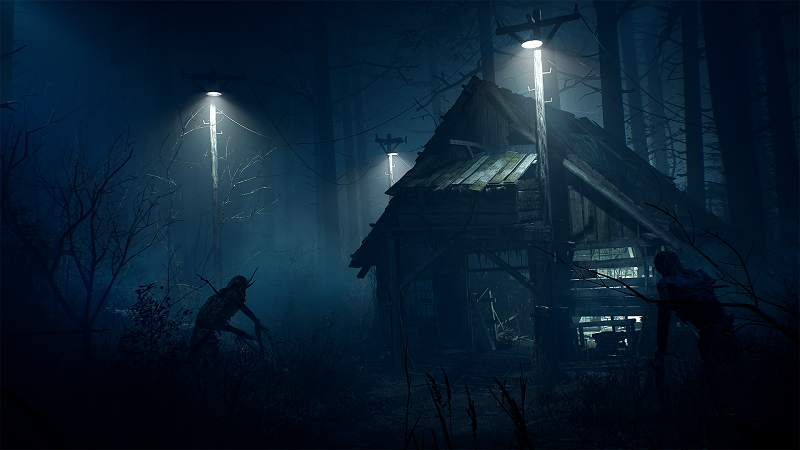 I’m sure some immediate concerns of a contemporary Blair Witch game would be that it would be filled with tropes perpetuated by some horror game developers. To a degree, Bloober Team’s Blair Witch – minimally – clashes “video game-isms” with the first film’s signature slow-burn, but the studio honors the source material by showing restraint. The majority of the game is pure ambiance, with only one chapter of the game having one too many enemy encounters in succession. Scares are not careless, they’re calculated. Enemy encounters are spread out and predetermined. There are no flagrant attempts to scare players when they’re exploring the woods at any given moment. Bloober holds their cards only until the right time, mirroring what made The Blair Witch Project so great. This caries into the sound design as well, with great implementation of binaural audio. For my second playthrough, I’m very curious as to whether muting the music only would improve the overall experience.

Regardless of my issues with Adam Wingard’s 2016 Blair Witch, the film has great visual direction, which is adapted in this game successfully. The scenery in this game is exceptional, and later chapters go well beyond looping forest trails and enter full-on abstract nightmare territory. Ellis’ past manifests in various ways during his time in Black Hills Forest, and the results are quite enjoyable to behold. That said, I wouldn’t blame diehard Blair Witch fans from thinking the game goes a tad too fantastical in some later scenes. But given the developer’s past work, I was prepared for illogical fever dream setpieces. I would rather not spoil the details, but the question “what’s that doing here?” will come up often. 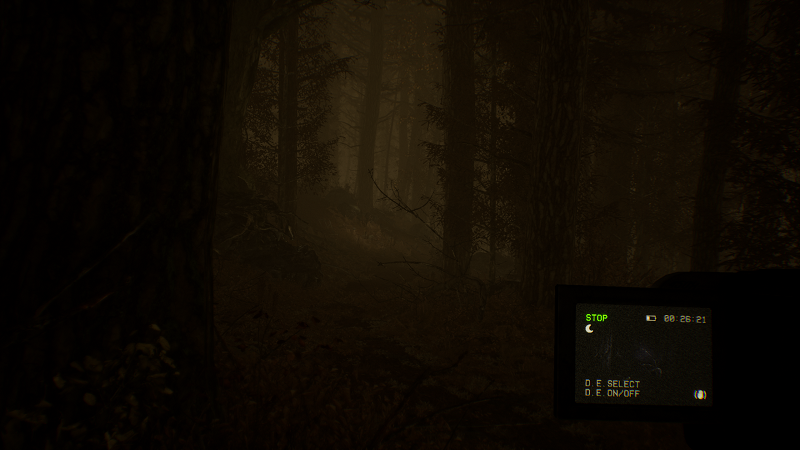 Honoring the found footage genre of the two core films in the series, Blair Witch equips Ellis with a video camera that he can use to review found videotapes. But unlike the Outlast series, the camera in Blair Witch is used specifically for puzzles and in some scenes for traversal of unlit areas. Videotapes found can be watched and manipulated to discover clues, which affect the world around Ellis depending on what’s on the camera’s display. Rewinding and pausing to a specific frame can conjure the item he needs to continue. This mechanic is quite clever and I’m very interested to know if there are additional secrets that can be found within them not tied to progressing the story.

What complaints I have toward this game would be that the developers lean a little too much into their own brand of bizarre, which at times can make some scenes feel out of place in a Blair Witch adaptation. Ellis’ background is great fodder for a psychological horror story, but the manifestation of his nightmares come off as a bit heavy-handed. The game attempts to drip-feed what ails Ellis, but it doesn’t take long to figure it out, and yet the game continues on as if you were none the wiser. The game also introduces an antagonist of sorts with a fairly uninspired characterization in its third-quarter, which detracts from Ellis’ personal journey. Between Ellis’ own tormented past, the accident that removed him from the force, and the case of the missing boy, there’s a lot going on here. And as much as I love Bullet, his usefulness in finding clues or reaching objects becomes less important past the intro to the game. 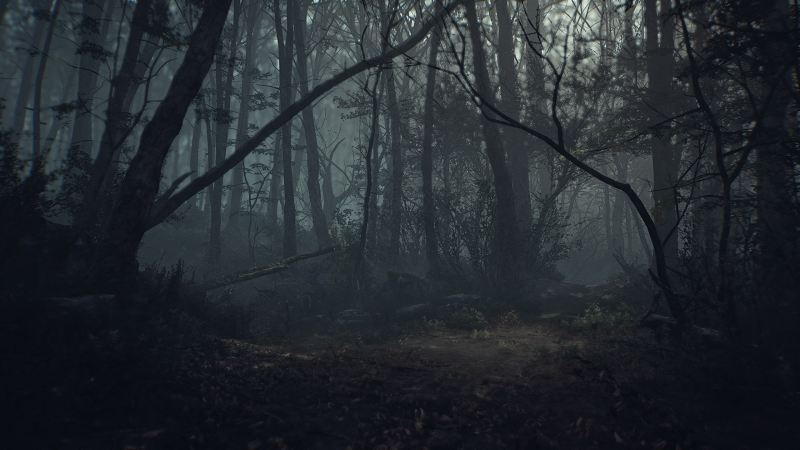 Bloober Team has successfully adapted the essence of what makes the Blair Witch films and mythos so entrancing in video game form. From a visual standpoint, the game is absolutely gorgeous and somehow gives its primary locale, the Black Hills Forest, an identity of its own. Bullet, the videotapes, and Ellis’ cell phone work well as devices that introduce an appropriate amount of interactivity into what otherwise would be considered a “walking sim” type of game — a frequent criticism of past Bloober games. And though Bloober’s continued attempts to introduce enemies into their design ideology still needs some work, it’s implemented better here than their in their last game, Layers of Fear 2.

In the end, I’m confident in the following claim: Bloober Team’s Blair Witch is the best entry in the franchise since the original The Blair Witch Project. I very much look forward to jumping back in to find everything that I might have missed and to try and unlock another ending.