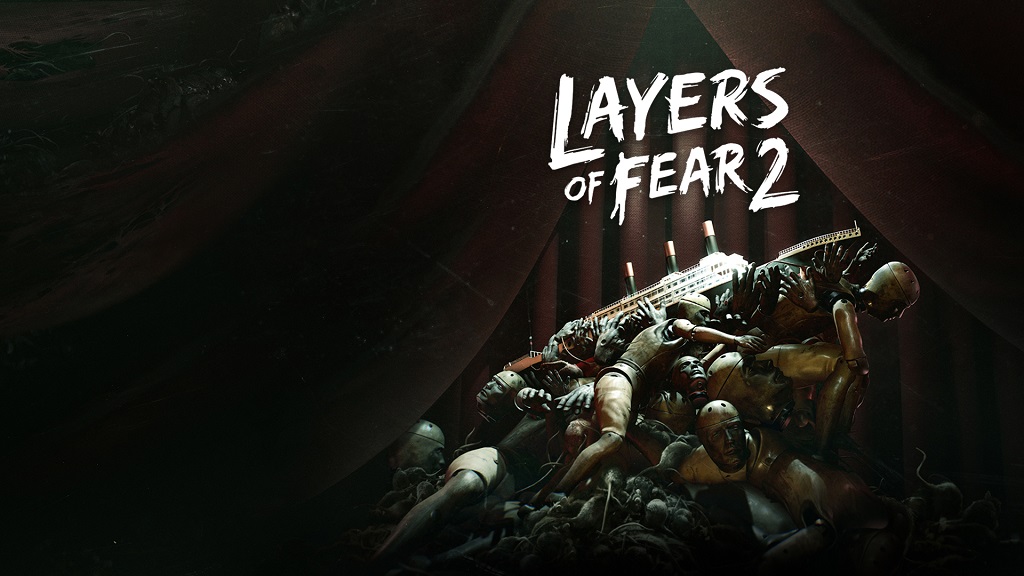 Bloober Team’s original Layers of Fear hit amidst a wave of other P.T. inspired horror games, though its saving Grace was that it stood out from uninspired clones thanks to clever ideas and impressive imagery. Following a painter driven mad by trauma, the game subjected players to a series of escalating horrors, each more twisted and unpredictable than the last — impressively so. Layers of Fear wasn’t perfect, mind you, but it showed immense potential on the part of Bloober Team’s approach to horror game design. I know I’ve explained this in past coverage of the studio, but I can’t help be proud of this team for their growth and accomplishments. Following their last title, the utterly fantastic Observer, Layers of Fear 2 is their next masterstroke contribution to the horror genre.

Let’s get this out of the way; Layers of Fear 2 is Bloober Team’s most ambitious game yet. This rings true in each facet of the game’s parts — from the gamut of its twisted machinations to its approach to storytelling, the latter of which is the most complex, thought-provoking story that the studio has told to date. Layers of Fear 2 is a staggering achievement in the genre, but much like the original game, it too has its own caveats — of which keeps perfection from its grasp. 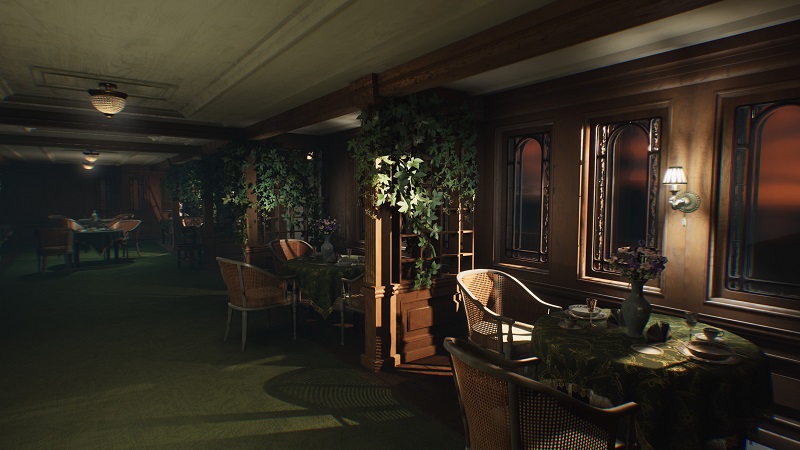 Set aboard an ocean liner serving as the setting of a new movie, Layers of Fear 2 explores the torment of an actor under the direction of an unconventional director (as portrayed by the incomparable Tony Todd). As the journey begins, we hit familiar ground — an increasingly contorted perception of reality informed by trauma, displayed in symbolic interpretations of events passed. Layers of Fear 2 is a bigger yet subtler game than the first, which is manifested by its exceptionally slow burning first-half.

The story, which unfolds through in-game notes, phantom dialogue, and surreal set pieces, is drip-fed to such a slow degree that Layers of Fear 2 risks being described as meandering at first pass. It isn’t until the latter half that it resembles the first game in terms of tone and pacing — with context regarding the protagonist’s plight finally coming into view. Layers of Fear 2‘s early hours mark new, experimental territory for Bloober Team, which has its pros and cons. This approach to the storytelling comes at the cost of the game’s first couple of hours coming across as disjointed, random set pieces intended to be visually striking but superfluous. It wasn’t until Act 3 (out of 5) that I felt like any of the pieces were coming together to a satisfying degree. Key moments in the game which present the player with one of two choices, suffered because each option lacked sufficient context — making them morally ambiguous at best. 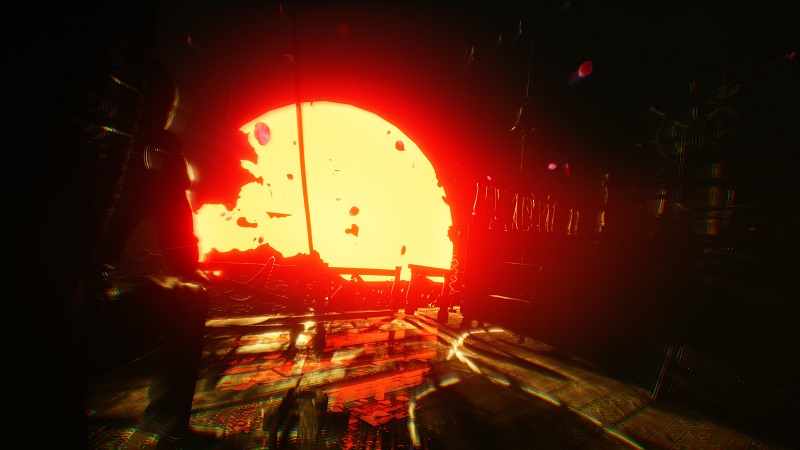 Initially, this worried me; Layers of Fear 2 was among my most anticipated games of the year and I walked away with mixed feelings. But its redeeming element is also shared with the first game; for those seeking a satisfying narrative, Layers of Fear 2 demands a second playthrough to truly appreciate what Bloober Team were going for. Even going through the game’s first act alone a second time reveals new layers (heh) to the story previously missed or disregarded. While the original Layers of Fear could be enjoyed for its scare-factor alone with one playthrough, its sequel’s staying power comes from its story which requires deeper analysis that I was prepared for.

Despite having those mixed feelings at first, upon reflection, Layers of Fear 2 surpassed my expectations in great part thanks to its narrative. Much of my enjoyment of Bloober Team’s games came from the studio’s immensely talented artists and scenario designers. With Layers of Fear 2, though, I went in expecting a serviceable story at best and I was blindsided for the better. 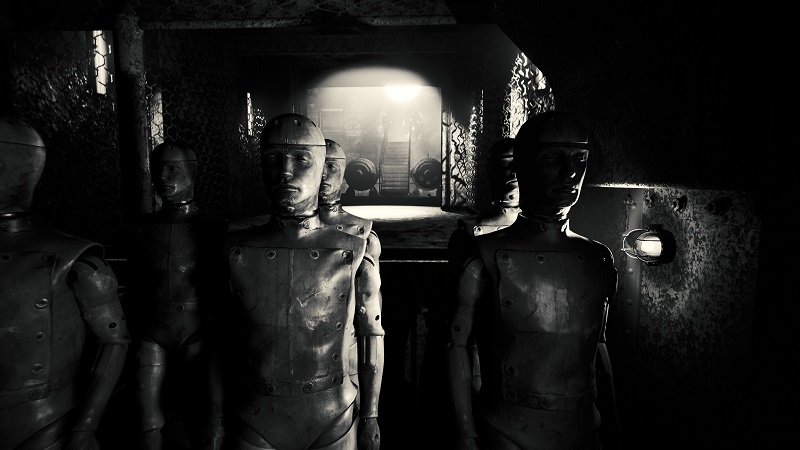 Layers of Fear 2 does not disappoint when it comes to the aforementioned art direction — not one bit. Dabbling in horrifying imagery that draws inspiration from everything from gothic art, fairy tales, and early American cinema, Layers of Fear 2 is densely packed with frightening-yet-beautiful scenes that raise the bar in terms of what people expect from horror games. As the player goes deeper and deeper into the protagonist’s story, the game makes frequent use of filmic effects and a black-and-white color palette — which I found to be a bold choice as the studio has made great use of color in Observer and the first Layers of Fear (and continue to do so in other parts of Layers of Fear 2). And while this range of frights contributes to the game’s opening hours coming across as disorienting, players will have difficulties forgetting them.

While Layers of Fear 2 can be described as a haunted house ride, the game doesn’t merely make players a spectator to unfolding events. As mentioned earlier, the game features several scenes in which the player has to make a choice — which may or may not contribute to what ending they unlock. Light puzzles are also peppered throughout the game, and while they don’t feel entirely necessary, they don’t detract from the experience at all. 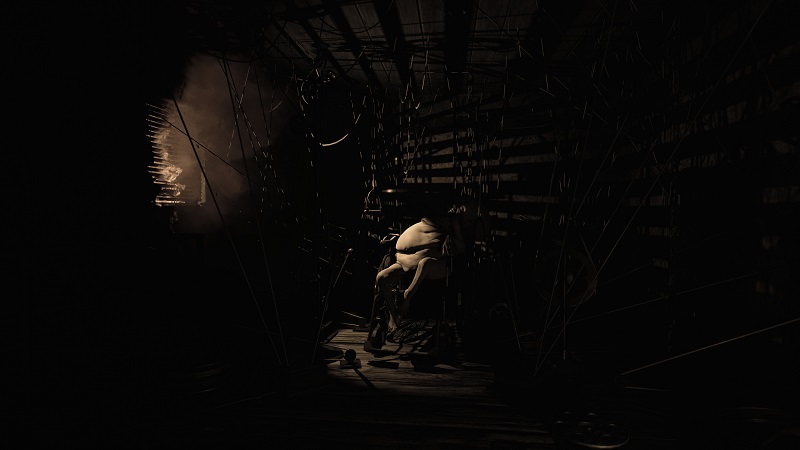 Interestingly, though, Layers of Fear 2 makes use of a recurring monster that triggers chase scenes which can lead to a game over screen. The implementation of such a threat is a carryover from Observer’s later levels which introduce a one-off enemy that can kill the player; while this obstacle isn’t as out of place as it was in their last game, Bloober’s approach to these sequences are flawed just enough to elicit some annoyance, because dying multiple times to figure out the right approach of escape is often necessary regardless of the player’s wits. This is a small problem which is likely the studio’s attempt to address complaints from those who have an aversion to “walking simulators.” 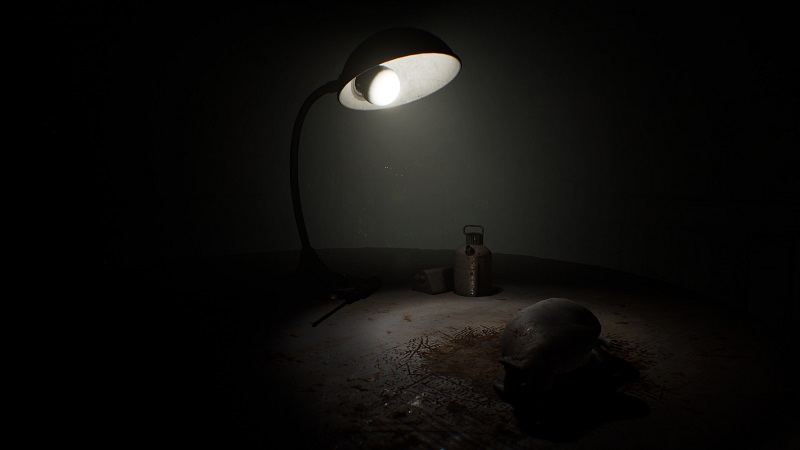 To say anything more about Layers of Fear 2’s inner workings would be a disservice to experiencing it for one’s self. The marketing and PR leading up to the game’s release showed very little, and for that I am thankful. And despite a few hiccups, Layers of Fear 2 is a remarkable horror game that is worthy of applause and deeper discussion. It calls for its players’ to invest themselves in its world and themes and not just seek a few startling scares, and for that, it will sit alongside the greats of the horror genre.