What I’ve been doing to our EIC (Update) 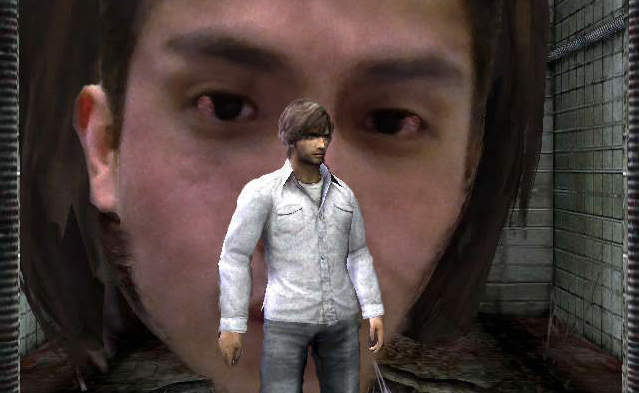 As you know, I love me some Silent Hill. I talk about the series, I bother the people who work on it, and I have nearly all of my Silent Hill games signed. I’m a big fan and as I write this, one of my friends is experiencing Silent Hill 3 for the first time.

A few months ago I convinced Jorge, our fabulous Editor-in-chief, to try out the series. He played through Silent Hill 1 two times to get the best ending, and then he purchased the Silent Hill HD Collection (twice because he does that). As he told me of his adventures playing through Silent Hill 2 and crying at the end, I knew at that moment I had infected him. My moldy Silent Hill fandom-stick penetrated his inhibitions and lured him into the series. After he finished Silent Hill 3 he grew a fondness for yet another female videogame character–I had hoped he would forget about Jill, but alas, he did not. He also finished Downpour in record time and said to have enjoyed his time thoroughly.

Jorge fell in love with the series that I covet oh so much. He laughed, he cried, and he experienced something called symbolism: something Resident Evil doesn’t work with. But here I am, wondering when he will continue his transformation into a “Hiller”. My attempts to get him to consume some of my hair (useful in picking up keys in shower drains) did not work. For he has yet to purchase and play Silent Hill 4–the fourth and last entry of the series by Konami Japan.

Because he will not listen to the words I scream, I have decided to do something that will get him to expedite his attempts to play the game. For everyday (or when I remember) that he does not have Silent Hill 4, I will use my amazing Photoshop skills to place him into the game he should be playing. Perhaps I will tire and have to resort to locking Jorge into his home and waiting for him in his bathroom. Let us see if he dares do such a thing; I can be quite persistent.