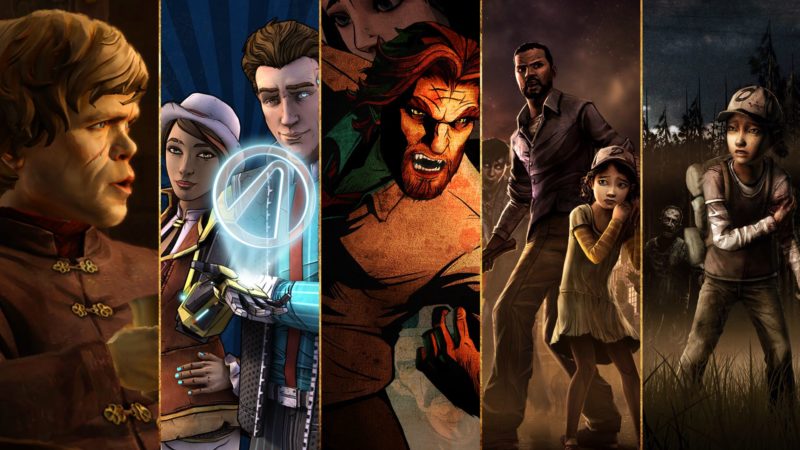 Late last year, the gaming community was rocked by the sudden and total death of Telltale Games, which was one of this gen’s (seemingly) biggest studios. Reports of toxic mismanagement and a frugal overuse of the studio’s budget were sited as the axe that brought the award-winning studio down, and with it the death of several major titles they’d been working on. That included Telltale branded takes on Batman, Stranger Things, The Wolf Among Us, and more — and most notably The Walking Dead (the game that more or less put the studio on the map). Well, if you were a fan of their style of game (essentially interactive movies, with point and click elements), it looks like you may be in luck — the studio and all of its existing tech and licenses have been purchased and will be relaunched as a new and improved Telltale.

The new Telltale was acquired by LCG Entertainment, who will be taking over the studio’s standing distribution rights as well (so some of those Telltale games that vanished off of digital storefronts will be making a return), and will begin working on follow-ups to some of the games the original Telltale had left hanging. Not everything is making the jump, of course — The Walking Dead is already done after its final episode, which just released just days ago (and the license has completely moved to Skybound, who are unlikely to let others use TWD any time soon), and Stranger Things has reverted to Netflix. Batman and Wolf Among Us look like they might be coming back, tho, so that’s exciting. Batman was especially fresh and fun, as a die-hard Bats fan I was pleasantly surprised by how good the totally unique take was. The new rights owners are looking into other rights that haven’t been disclosed yet (things like Game of Thrones, Borderlands, and Guardians of the Galaxy), so fingers crossed for fans of those properties. Even better than getting back a few licenses, the new owners have apparently offered original Telltale devs freelance roles, and based on how things go, full time is a possibility for the future. That’s pretty rad.

Overall, this is pretty great news for both fans and the people who genuinely enjoyed their time there. Of course, a lot of the devs have hopefully moved on to other studios by now, but it’s a good gesture regardless. I’m looking forward to learning more as the studio builds itself back up again. I wasn’t the biggest fan of their stuff outside of Batman, but the idea of having them back is exciting for what it could mean given new management. I’ve been hoping for a Telltale styled Resident Evil or Silent Hill (lol) game for a while, and with them back in the game, that’s a real possibility now. Who knows if that would be the sort of thing they’d be interested in. Either way, it’s a good time to be a Telltale fan.