I’m starting to suspect that these are less along the lines of “leaks”, and more like deliberate marketing tactics. About a week ago we reported on contortionist and actress Marina Mazepa showing off a full head cast taken for what she hashtagged as being the new Resident Evil reboot film. Even more exciting than that, however, was that she also made it very clear that she was to be portraying Resident Evil REmake‘s Lisa Trevor. Today, we’re getting our first look at how Lisa will be interpreted in the upcoming film:

Getting some new moves down for my new character 🎥🎞📽!!! A sip of @celsiusofficial gave me some superpowers 🦍😂💪… the end of the video is my favorite part😂….rrrrrr 🦁! . More’s coming soon ☺️ who do you think I’m playing??

It’s probably pretty easy to tell that this version of the creature will be a bit accentuated for the film, clearly going in a more action-oriented direction. Lisa Trevor of the games (appearing in both Resident Evil REmake and The Umbrella Chronicles) was depicted as slow and hobbling, only a few ticks faster than the standard Zombie. Lisa was certainly no acrobat, as she appears to be in the new film. On the one hand, it’s easy to start feeling whiffs of the Paul WS Anderson films instantly off of the footage, but at the same time I don’t necessarily blame them. While a shambling, screaming creature would be perfect for a Mansion-focused, slow-paced horror film, this was never going to be that. Cramming the first two Resident Evil films into one story requires certain aspects to be “sped up”, for lack of a better term. Turning Lisa into something more vicious, especially when the film most likely will only have zombies as the main creature type, makes sense.

There’s every chance that creatures like Hunters, Lickers, G, and Chimera could wind up in as well, but again — that time constraint only allows for so much. The previous six Resident Evil films only showcased around a dozen existing creatures from the games; Lickers being the ones that got the most screen-time (appearing in three of them). I don’t expect these new films to attempt to retread (much) ground from those films either, which already depicted creatures like Nemesis and the Tyrant (such as it was). I am happy to see that Lisa’s bound hands appear to be remaining intact, which makes me hopeful that at least some of her in-game look will be retained. It seems like it would be difficult to have her flipping around in the flesh shrowd that Lisa wears in-game.

We’ll keep you up to date as more comes out from this new Resident Evil film, it’s been a pretty steady feed of pictures and information since its reveal earlier last month. 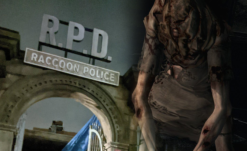 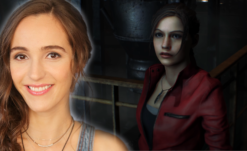 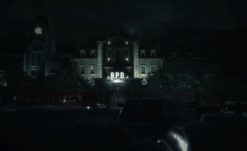