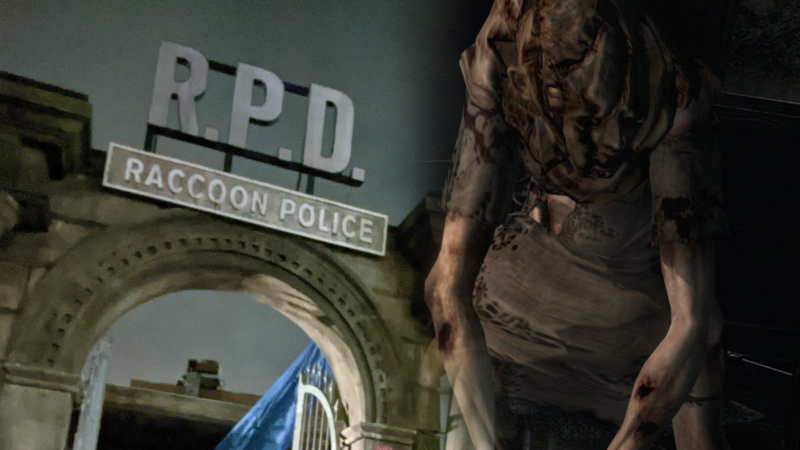 It’s pretty easy to doom ‘n gloom on the new Resident Evil film reboot, considering the general fan consensus on the previous six live-action films. Regardless of that… I have to admit, I’m getting really excited for it. As sets are completed for principal photography to begin, we’ve been getting clearer and clearer looks at our favorite game universe coming to life. We’ve reported on several sets so far — some general Raccoon City set dressing, what might be the mansion, and an absolutely stunning R.P.D. entrance (nearly 1:1 with the Resident Evil 2 Remake version of it). Since, even more set photos have come out, including new looks at that same R.P.D. facade, now complete with both of the iconic R.P.D. RACCOON POLICE signs, although with a few other assorted shots of vehicles and general set imagery: 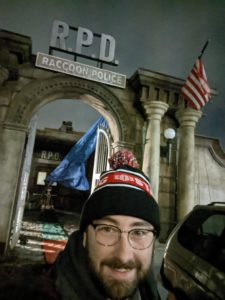 Our buddies over at BioHazard Declassified were also able to get their hands on footage of the gas truck from Resident Evil 2‘s opening (shockingly 1:1 recreation as well) being filmed for what’s probably a recreation of that moment:

Now that we know the 18-wheeler will be making an appearance in the #ResidentEvil reboot, wonder if that delicious cheeseburger will too?? #REBHFun pic.twitter.com/tsyuwRvPsS

Again, along with those there’s been an assortment of other shots from the set and shooting locations, but even better than that… we may have a hint at just how accurate the film’s going to be script-wise as well. Noticed by Reddit user u/thecaliban3d, contortionist and actress Marina Mazepa seemingly teased that she’ll be taking on the role of a famous RE monstrosity. Maszepa posted a video on her Instagram, she shows off the special effects team of “another movie” taking a full head casting. The video itself is fun, although there isn’t much to it — the real treat is in the description.

(Update: Mazepa has since removed the references to Resident Evil and Lisa Trevor — studio probably was none too happy she blurted it out) Did you catch that? Mazepa indicates pretty clearly that the film she’s been cast in, and the creature she’s being cast for in the video, is none other than Resident Evil Remake‘s Lisa Trevor. If you’re unfamiliar, Lisa Trevor is arguably one of the franchise’s greatest creatures, a tragic and impervious nightmare that stalks the forest outside the Spencer Mansion in Resident Evil Remake. She’s an awesome looking creature, and I cannot believe that we may really be seeing her recreated on-screen. Given the nutso level of detail applied to everything else we’ve seen, the thought of seeing Lisa recreated with such care is just… I’m blown away.

Filming is just now starting, and will probably keep going for the next several weeks through till the end of the year (give or take a month or two). We’re more than likely going to see lots more set photos and videos in the meantime, at least of outdoor stuff (indoor will mostly be filmed on closed soundstages elsewhere). I’m keeping my fingers crossed we might at least get to see some of the actors performing in costume for some of these outdoor shoots, I’m anxious to see their costumes (especially S.T.A.R.S. characters like Jill). Costumes were one of the few more consistently accurate aspects of the original films, and based on what we’ve seen so far I get the feeling that we’ll get doubly so now. We’ll keep you updated.