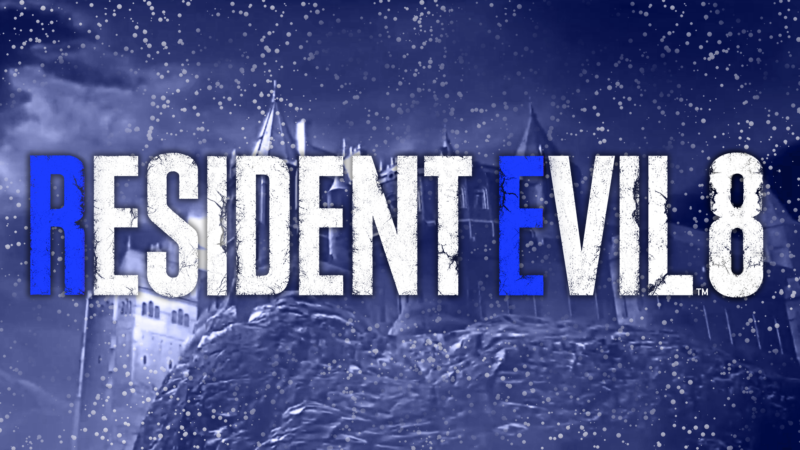 Another day, another set of Resident Evil 8 rumors. As always, we ask that you take all of this information with a grain of salt — any and all rumors we report on are just that and should not be taken as gospel until Capcom have officially confirmed anything one way or the other. Today’s information comes from a combination of the German games outlet GAMEZ.DE and previous Resident Evil 8 leak source ChaoticClaire over on Twitter. We have sourced her previously on the last Resident Evil 8 rumor report, where she confirmed many of the things AestheticGamer (a source we’ve come to rely on) talked about regarding the game. The information comes from a video posted to GAMEZ.DE’s YouTube page, although for the moment it’s all in German (English subtitles will be up tomorrow, according to ChaoticClaire, we will update this post then). You can watch, but unless you speak the language the auto-generated subtitles are a bit of a mess. UPDATE: The video has now been updated with English subtitles!

Luckily, ChaoticClaire broke down the bullet-points (in a now deleted thread) on Twitter. Some of them are a bit surprising, while others line up with what we’ve heard to a T. Note: ChaoticClaire previously mentioned that the info she posted before was slightly outdated, and would be subject to corrections. This new information from the video reflects those corrections — although the host of the video stresses that the game is still in development and m:

– setting: Eastern Europe or an adjacent country to that area

– castle, but it’s smaller than the one from RE4

– not actual werewolves, but wolf-like creatures

– one or more witches will be hunting Ethan

– even though it sounds like the Hookman from 3.5, it’s something new

– more action-heavy than 7, closer to Not a Hero gameplay-wise

– maybe you can find out who it is – Chris returns, but with a twist

– no spoilers here, but a hint in the video’s outro (no German skills needed to understand it) “No, it can’t be! Why you?!”

All of this is very interesting, both in how it lines up with existing leaks — and doesn’t. Perhaps the most major difference between this and what we’ve heard is the statement “the rumor that the game had been scrapped and development started over (several times) is wrong”. I clarified with ChaoticClaire, who says explicitly that AestheticGamer’s information was wrong in that regard. There’s a first time for everything (at least in what we’ve reported from him) and to be fair everything else from his leak lines up with this one. The other aspects here are very interesting, and as a huge fan of Resident Evil 4 and Bloodborne, it makes me incredibly hype.

Clarification on the wolf-like creatures, which were inexplicably reported as being werewolves (despite that was not at all being the wording used in the leak) by nearly every news outlet, is also appreciated. I’m curious who the “one-time director” is, sorting through Resident Evil series directors that only got to direct one game isn’t exactly a short list. Hiroki Katō directed Code: Veronica, Hiroyuki Kai directed Survivor, Tomoshi Sadamoto directed Survivor 2, etc etc. Being more action-heavy, in a way similar to Not A Hero, sounds concerning — but here’s hoping it’s more in terms of scaling up the threat level to accommodate rather than being a living tank filled with ammo and health syringes like Not A Hero was.  The thing I’m most curious about though is the “witches”, which does not appear to be a mistranslation. RE7 played around with expectations and hallucinations, Resident Evil 8 following suit isn’t too out of the realm of possibility.

The last bit about “a hint” in the video’s outro is also interesting when combined with “Chris returns, but with a twist”. The outro to the video shows Chris stepping into frame and killing the host with a very cold attitude. Is it possible Capcom thought the fan theory that RE7 Chris wasn’t actually Chris was actually kinda cool? Also lines up with the previous leaks stating that Chris has been redesigned again. Easy to explain away if Chris really isn’t Chris this time ’round.

For now, all we can do is wait and see what Capcom has in store for us with Resident Evil 8. Based on the year and a half to two years indicated in this leak, odds are split between E3 2020 and E3 2021 for a reveal, although Capcom doesn’t necessarily have to play by those rules. REmake 3 was revealed during a Sony State of Play in December, after all. In the meantime, Resident Evil 3 Remake and Resident Evil: Resistance release April 3rd across Xbox One, PlayStation 4, and Steam.