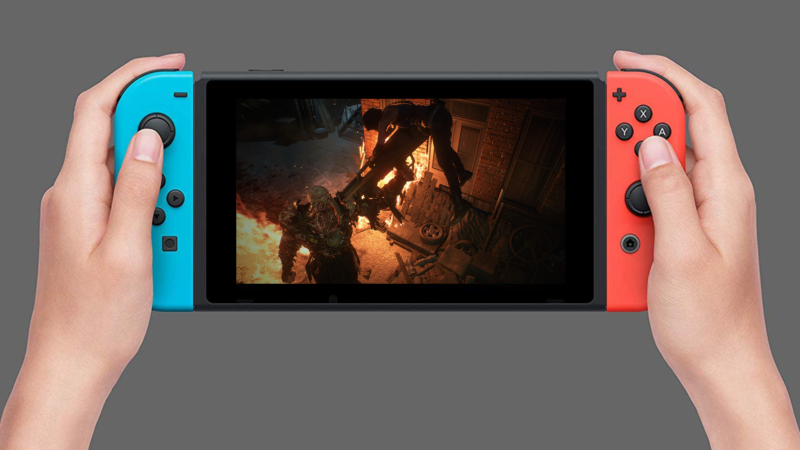 So yeah, the Resident Evil 3 Remake demo that only just came out has been datamined. We won’t discuss any of the spoilers discovered therein the way we did back when RE7 came out, so read without fear beyond discussing what’s in the headline. What is that exactly you ask? While pouring over the code hidden inside of the demo, modder FluffyQuack (the person behind the Fluffy Mod Manager 5000 for REmake 2) and some friends discovered some very interesting text (note: the video contains spoilers).

In amongst a list of prompts and in-menu text for Resident Evil 3 Remake, there’s a set of notifications that are specific to each version you’re playing on. “This game has an autosave feature, please do not turn off your” prompts and so forth followed by listing Xbox One, PlayStation 4, and PC — all very expected. What’s a lot less expected, however, is the inclusion of the Nintendo Switch, a system the game is most definitely not releasing for at the moment.

On top of that, there are also references to visiting each platform’s digital storefront; Microsoft Store, PlayStation Store, etc. Nintendo Switch Eshop is also listed here.

Now this is, for lack of better phrasing, weird as shit. Resident Evil 3 Remake is a pretty high-yield game when it comes to visual fidelity, packing a major punch with Capcom’s proprietary RE Engine. It’s easy enough to assume that this data is just fluff, ported over from some other game verbatim and Capcom either forgot or didn’t care enough to remove the prompt text as it would never be seen on the release platforms. However, what if it’s possible that Resident Evil 3 Remake really could be coming to Switch at some point in the future, and this code is here preemptively? Let’s break down the possibilities:

First, a massively scaled-down version of the game. REmake 2 actually demonstrated how RE Engine can be rolled back visually to run on incredibly low-end PCs, although it looks a bit… pixel-y. Capcom may have found a way around that, but it seems to be part of how the engine itself runs.

The next possible option is the chance that this may be a launch title (or at least part of the announcement) for the long-rumored Super Switch, which may end up being more comparable to current-gen consoles. That of course still lies in the realm of total rumor, but it’s probably the strongest contender for how this game could end up on a platform as objectively weak as Nintendo’s hybrid console.

The final option may be that a streamable version could release in a similar manner to RE7, but seeing as that was a Japan exclusive and Capcom never bothered to do the same for REmake 2, it may not have done well enough (financially).

For now, all we really have is this text in the demo. Again, it really could just mean nothing… but the chance that it could mean something is worth discussing.