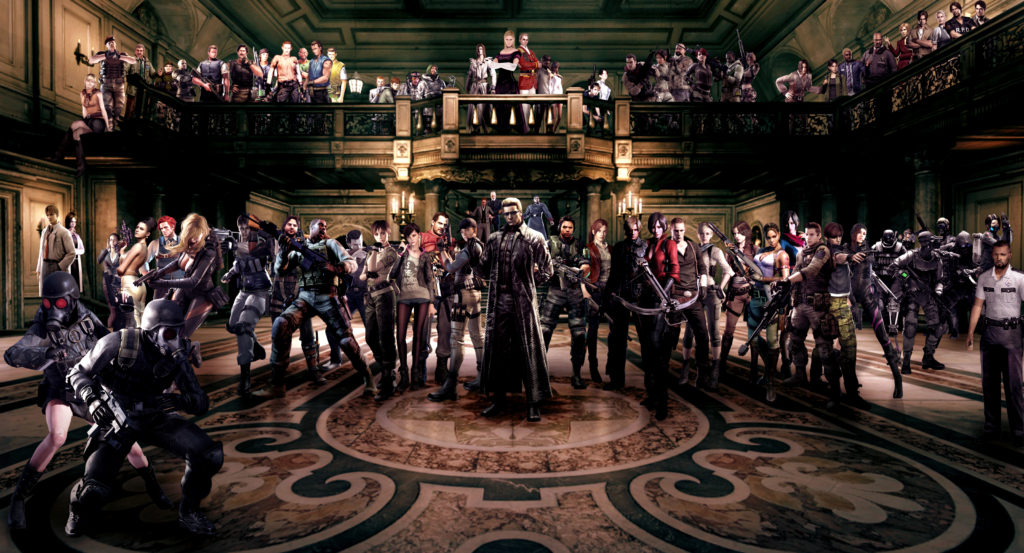 (UPDATE: I’d avoid the NeoGaf source. They’ve cracked everything, and the entire story is now flooding on there. Like, litearlly almost strategy guide levels of detail).

Despite Capcom delaying Resident Evil VII: Biohazard‘s Begining Hour demo for PC to prevent this exact thing from happening, the power of the internet just can’t be stopped. Data Miners have cracked into the demo’s code to discover a bevy of spoiler-y content and more. While this info does come directly from the game itself, I actually would still take (some) of it with a grain of salt. Again, Capcom deliberately held back the PC demo to prevent this, and it honestly wouldn’t surprise me at all if they deliberately renamed a bunch of files or created fake ones just to throw us all off. But who knows. Regardless, know that this stuff is super duper no holds barred spoilerific. There’s every chance this stuff will ruin the plot of the game, however minor. With that said, let’s proceed. 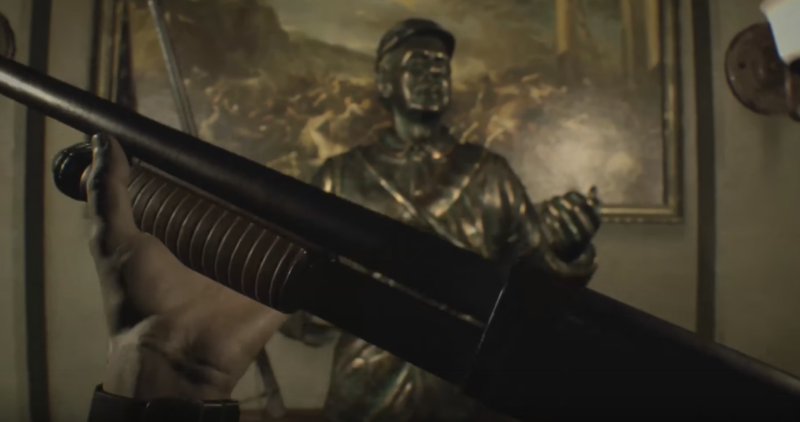 The very first thing listed on NeoGaf where the weapons and items, and they’ve certainly whet my appetite for some old school Resident Evil puzzle solving and combat. Listed, these are:

We’ve known about quite a few of these for a while now. I’m very surprised to see Grenade Launcher listed here, considering that (despite the weapon’s history as a near iconic main-stay of the franchise) it doesn’t seem like it would be a good fit for the cramped first person hallways of this title. There’s also some other stuff listed elsewhere, like the Scorpion Key (which presumably goes to the Scorpion Door we’ve seen in the gameplay footage from about a month ago). Quite a few of these are goofy unlock weapons I’m assuming as well (RedBlaster?) which is nice to see returning after RE6 didn’t really offer anything of the sort after beating it. 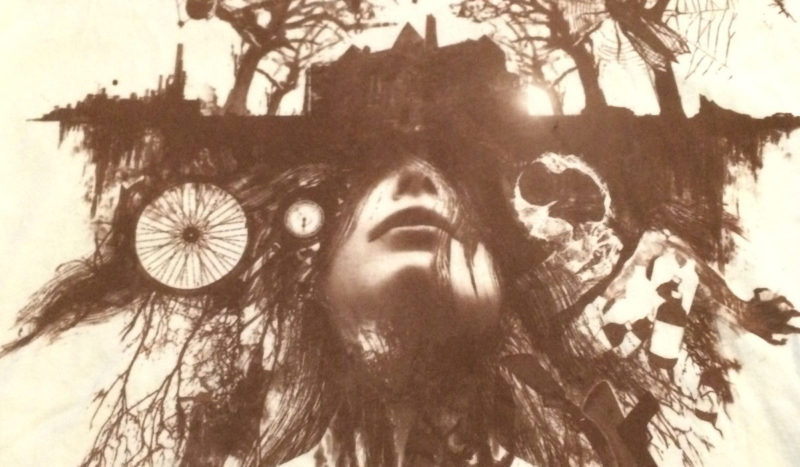 Here’s where you’ll really wanna turn back if you’re still unsure about spoilers. I wish I didn’t have to report on stuff so I could remain in the dark as well, but… well, it’s my job. The next group of stuff includes the names of NPCs, the names of what I can only assume are specific story events, and even choices, which is yet another element that YouTuber AvidExpert was tipped off about (I think we’re starting to cross over from “lucky guess” into “he was probably right about everything” territory). I won’t list them all, since there’s a ton, but you can read the rest in the NeoGaf source.

Choose Mia, Choose Zoe? That’s… interesting. I have my own ideas on who Zoe could be, but I won’t speculate here. Sufice it to say, this is probably an end game decision. One of the most interesting things here is the mention of Evelin, which appears to be a new virus (or… Necrotoxin here). The mention of Evelin Wall makes me wonder if this is the name of the mold that we’ve seen everywhere, which makes me think that it might be organic, human matter (ala Dead Space). Yuck. Also interesting that the ghost is listed simply as the ghost, and hasn’t been given a name here. Also, Clancy is mentioned. Guess he survived the events of Begining Hour/Kitchen. Or he’s a monster. Still, it’ll be cool to (presumably) finally get to meet the poor bastard face-to-face.

Well then. Note “DaughtersBadEnding, DaughtersTrueEnding”. Like I said, I’m not going to speculate on who Zoe is right now. The radar entry here has me curious as well, Caution None, Caution Near, Caution Reached? The first thing that comes to my mind is Resident Evil 3‘s final boss, where the usual 3-5 minute count-down was replaced with a radar that told us how close the nuclear missile was to hitting the city. Regardless, interesting. 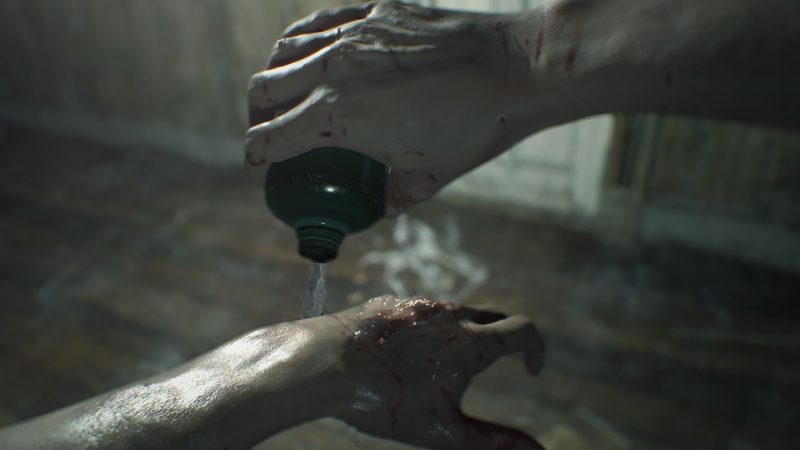 As if we could have expected anything different, RE7 will, of course, be featuring a number of goofy bonus modes and such. No Mercenaries here, but theres some interesting things never the less.
-Unlocked Destroy Mr EveryWhere
-Unlocked Time Attack
-Unlocked Birthday
-Unlocked Hard
-Unlocked TU2

We know what some of this is, Mr. Everywhere is a little bobble head we have to destroy, and there’s a bunch hiddent throughout the game (similar to the Blue Medallions from RE4-6). The others, I’m not so sure. Time Attack sounds pretty straight-forward, and it’s what I’ve been assuming the game would have in replacement of Mercenaries. More in line with RE2‘s EX Battle mode, where we spawn in the Labs and have to race all the way back to the game’s opening areas, I assume at least. Birthday, though? I have no clue.

There’s a bunch of possibilities, the game is coming out just after the franchise’s 20th anniversary, so I’m guessing it has at least something to do with that. My guesses are: Something super simple, birthday hats and decorations everywhere

2. A Classic Camera mode, with original static camera angles to make the gameplay like the original titles

4. Based on a mention of a “Birthday game stage” and “Birthday weapon” elsewhere, it might be one level only where we fight waves of old-school RE monsters with Barry’s super Beretta.

The last thing mentioned here is TU2. I have no idea what that could mean. There’s also mention of a “boss mode” elsewhere in the data, so there might be some sort of arena style boss wave mode, where we fight each of the game’s bosses in succession.

There’s also some info about the game’s first DLC pack, which up until now all we’ve known is that it “contains 4 short side stories”. According to this, they are:

DLC 1-1: A puzzle-focused gameplay chapter where it seems you answer riddles and other types of puzzles. Almost seems entirely puzzle focused.

DLC 1-2: A card game? Apparently, some card game you can play either in a story mode way or an endless mode with some type of reward you get. Specifics not clear, but includes mechanics like bluff, and some sort of in-game droppable based on your performance.

DLC 1-3: Wave-Based Survival Mode. seems to have multiple stages, and 10 waves for each map.

DLC 1-4: A proper miniature story chapter with you in a place with Lucas it seems. Also seems to have three endings based on something you do in this chapter. 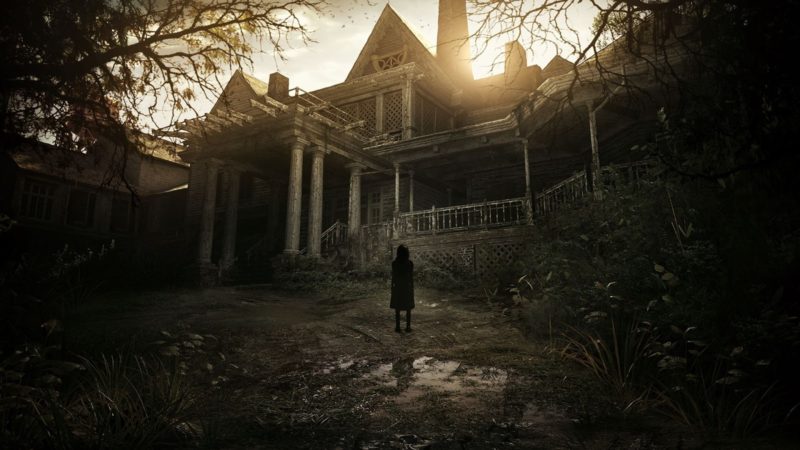 Welp, we’re here. The moment I’m sure a lot of you clicked on this article for. There’s been a lot of speculation about returning characters. AvidExpert said that he was accidentally shown an image of Chris Redfield in the game, and there’s been some fan speculation that Rebecca Chambers might be showing up as well based on images we’ve seen in the trailers. All of that aside, there was one other returning character that I myself pointed out might be returning months ago.

You ready? Cause this is a spoiler that there might not be any turning back from.

Yeah, looks like my deduction that the big W was still alive based on information from this year’s Umbrella Corps. (which looks like it might have a connection to RE7 already, there’s some speculation that it’s an Umbrella Corps. logo on the helicopter in the photo, and not an Umbrella Corp. logo) that seemed to point to him having survived his head-on collision with two rockets at the end of 2009’s Resident Evil 5.

The information comes from the name Albert being brought up over and over and over again in the data, specifically in reference to unlocks and even a final boss battle.

There’s only one Albert in the history of Resident Evil, and that’s Daddy Dubya. I’m not at all surprised by the concept of his survival, as the series hasn’t really had a compelling bad guy since. Mustache-twirling idiots helmed Revelations and RE6, and I’ll be more than happy to welcome the brilliant and genuinely evil man back. There’s about a million and one ways for him to have potentially survived the event of RE5 (cloning, Revelations 2‘s mind-swapping thing, or even just good old fashioned “he regenerated”) and considering he’s come back from the dead before (technically twice, since him having died between CVX and RE5 is part of the plot of RE5).

Looks like Wesker will be the game’s final boss as well, and we may even get to see a version of him infected with the new Evelin Necrotoxin. On top of that, it looks like after defeating him, him and his weapons will become unlockables, either for New Game+ or even bonus modes. The one major concern I have is D.C. Douglas (Wesker’s Voice Actor since The Umbrella Chronicles) having gone on record as having not been contacted by Capcom for RE7. Now that could mean nothing, he could just be under contract to say he’s not involved, or they might have contacted him after he said that- but I would be really heartbroken to have the character return without his performance. It wouldn’t be the first time the character has been recast for no real reason, as even D.C. himself was a recast after Richard Waugh had played the character several times as well, and Peter Jessop and Sergio Jones before him. But Douglas has really come to own the character, and it’d be a shame to see someone else suddenly take over.

That’s it for now, and if you’re still with me here then I’m assuming you’re just as hyped for the new information as I am. Even though I would rather have not been spoiled, at least the finer details of the plot itself are still left in the dark. Who knows how all this stuff ties together, and (like I said at the beginning) there’s every chance that this stuff might even be deliberately fan-bait, to hide actual secrets. Who knows. RE7 is almost a month away now, and I’ve never been more ready.