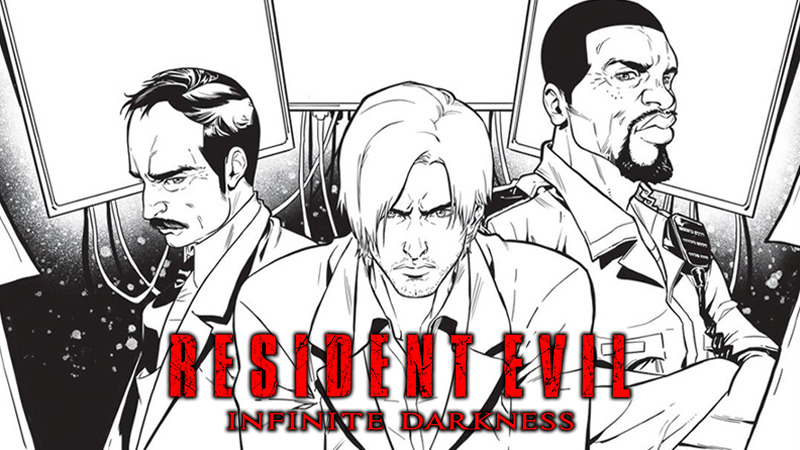 We’ve been waiting quite a long time for any official word regarding the contents of the long-in-production Resident Evil: Infinite Darkness prequel comic book tie-in (previously thought to be a manga). After a supposed delay (we’ll get into that), we finally have a look at the first issue’s cover art — or at least the work in progress on it thanks to a listing on Golden Apple’s website! Check it out (click this link for the full-sized art): 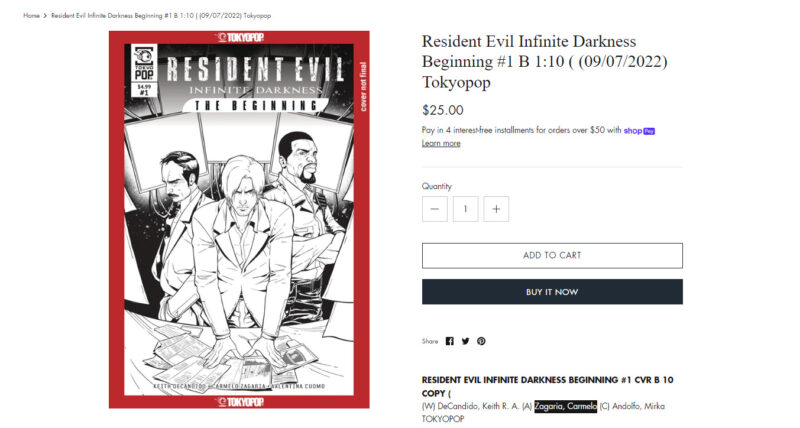 We haven’t ever really known much about the comic other than it being published by Tokyopop, and it being very obviously delayed considering the anime it was meant to tie in with released nearly a year ago now. We still don’t know much about the story (although the title, Resident Evil: Infinite Darkness — The Begining makes it clear that this is indeed a prequel story), we do have official confirmation on the team behind the comic. Written by Keith R.A. DeCandido (mostly known for video game and film tie-in novels including the novelizations of multiple Resident Evil films and Alien: Isolation) illustrated by Carmelo Zagaria (the most recent run of Buffy The Vampire Slayer‘s comic tie-in) and Valentina Cuomo on colors (tie-in comics for Star Trek, X-Files), so there’s quite a pedigree behind this mini-series.

I’m curious to know how “canon” this comic is meant to be taken. There have been a handful of Western Resident Evil comics over the years, most notably the WildStorm run in the late 90s (with perhaps the best-known work being the mini-series Resident Evil: Fire & Ice), but none of them have ever been canon, and often could get very goofy in places (such as a 1999 issue of Resident Evil: The Official Comics Magazine that featured Jill fighting werewolves in a pre-canon Raccoon City Zoo). Having this title so directly tie to one specific event in the canon timeline of the games seems to suggest that it will indeed be part of the prime story. We still have a while before we find out, of course.

Along with all of this we’ve seemingly gotten our official release date, September 7th of this year — which stands in stark contrast to a previous report that claimed the book had been delayed until 2023. It’s possible Golden Apple is listing an outdated target window by mistake and needs updating, but it’s impossible to know one way or another. I’ll be keeping an eye on my local comic shops’ shelves in the meantime, but it’s probably best to assume Tokyopop’s Twitter response is the correct answer. There’s also a listing for the collected trade paperback over on Edelweiss, dating that for March 28, 2023 — but that’s different than the listing for just this first issue.