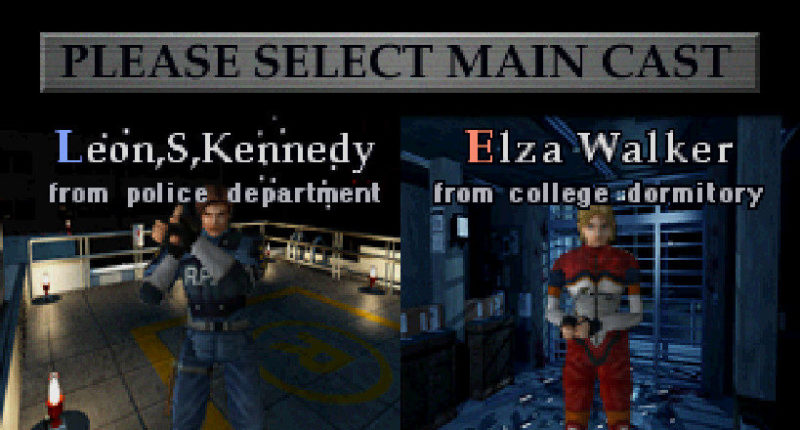 I’d touched on this briefly in my Resident Evil 2 Remake analysis piece, but whoa there’s a lot that I didn’t realize was being used here.

To give some backstory, before Resident Evil 2 smashed records and dominated the gaming scene back in 1998,  a sequel to RE1 began production just one month after it wrapped, with a scheduled release date of March 1997. Work on RE2 was progressing more or less smoothly (despite some head-butting between series creator Shinji Mikami and RE2 director Hideki Kamiya). However, in the final stretch of development (reportedly 60-80% complete), it was decided that the entire game would be scrapped and re-built from scratch. This was largely due to a combination of the original script (which had been written with the intention of being a conclusion, oh the horror!) being thrown out, and Mikami being dissatisfied with the direction the gameplay was taking, describing it as “boring”. RE2 was re-worked entirely, only retaining a few characters (although roles were drastically changed for most of them) and the basic outline (the city being infected, certain plot threads like the police station, Birkin, the two scenarios, etc) eventually becoming the Resident Evil 2 we all know and love in January of 1998. 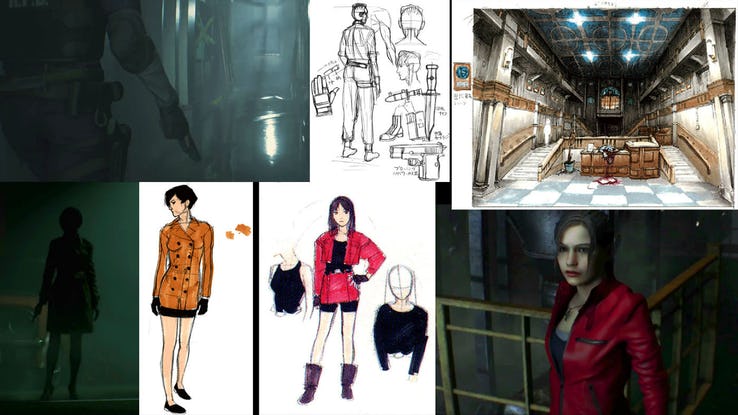 Despite all this, the fan dubbed ‘Resident Evil 1.5‘ has become a passion for RE fans, tantalizing us with production artwork and brief snippets of gameplay demos of the horror that never was. Even with Capcom’s apparent dissatisfaction with that version, fans came to love this scrapped version and begged for it’s return (especially seeing as it was so near completion). We even eventually got to play as close to the final thing when a fan project to restore 1.5 got their hands on an Alpha build and released the entire playable portion of it online. This fan demand and love for the pre-release version of RE2 appears to have had an effect on the team behind Resident Evil 2‘s remake because… it seems to be just as much a remake of RE2 as it is 1.5.

Fans have been feverishly searching through scrapped concept art, footage, and anything else they can get their hands on from the early days of RE2, to compare with the footage and gameplay we’ve seen thus far, and a surprising amount of content matches. Way more than just the special costume for Claire (which turns her into the 1.5 character Elza Walker, who was reworked into Claire), character designs, environmental details, and even gameplay mechanics, tons of concepts are resurfacing. An early design for the RPD main hall (from somewhere inbetween 1.5 and RE2) is straight up the design for the new main hall, and Mr. X has been given back his weirdly disturbing fedora. Leon, Claire, and Ada are all pulling from early concept art as well, and gameplay designs like the characters showing physical damage on their models returns as well.

Once again another Resident Evil 1.5 nod in the Resident Evil 2 REmake. Mr. X having a hat was from the concept art there. pic.twitter.com/Qlr77G131R

Hell, even the shutter system the RPD now has is from the 1.5 build, and 1.5 was also going to have the ability to incrementally upgrade inventory space (the final RE2 only has one inventory upgrade, and only one player can carry it) like we’ve seen in the Remake. Marvin’s role is closer to the 1.5 version as well, helping Leon explore the station and rescue survivors (although Marvin survived in 1.5… I don’t want to call it quite yet but he looks pretty bad in the demo shown at E3). If there’s one thing that can be said about this remake thus far, Capcom seems to be breaking its back to try and deliver an RE2 experience that will satisfy fans. It shouldn’t be possible to be this excited, but I think REmake 2 is going to give me heart problems before I even play the damn thing.

Speaking of taking inspiration from unreleased RE content, another unreleased game fans love in the series is RE 3.5, specifically the Hooked Man demo. Which had heavily atmospheric exploration with a flashlight held in one hand and a pistol in the other. Holy shit.